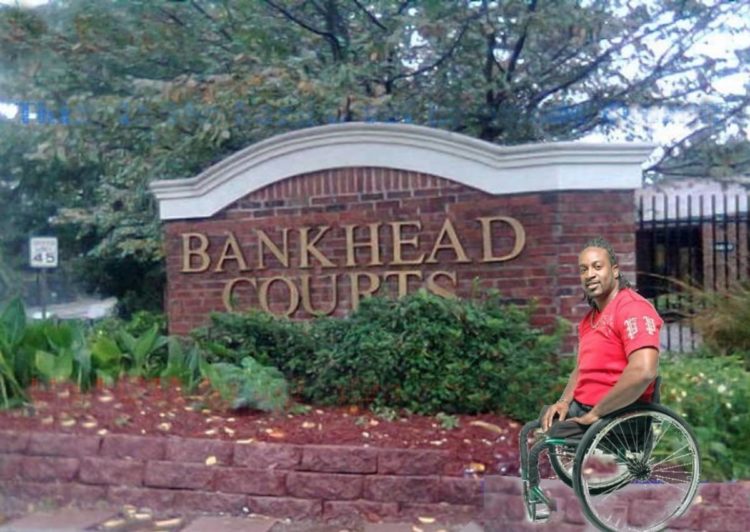 The Atlanta City Council on Monday is slated to honor an Atlanta native who propelled himself in a wheelchair from Atlanta to Chicago to draw attention to gun violence. The man’s legs were amputated after he was wounded in a shotgun attack in what was then a crime infested public housing complex. 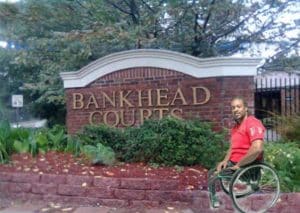 “Please join us at Atlanta City Hall (June 19 at 12 o’clock) for a special reception and proclamation,” is the simple and eloquent message Vincent Robinson, Sr. posted on his Twitter page.

Robinson grew up living a gangster lifestyle in the Bankhead Courts housing project. This complex was the site of Atlanta’s cases of missing and murdered children, in 1981, for which Wayne Williams was convicted of two killings and sentenced to two life sentences. The complex has since been demolished.

Here’s how Robinson’s website describes events leading up to the shooting:

A ‘street sweeper shotgun’ of the type Vincent Robinson, Sr. said was used by his attacker. Credit: thewebbuilder.com

Robinson was shot twice in the groin by shotgun blasts in late 1992, according to a report on thetrace.org. Robinson lapsed into a persistent vegetative state and awoke in January 1993 to discover his legs had been amputated. Gangrene infection had occurred and doctors removed the legs.

Here’s how the incident is described in the proclamation introduced by Atlanta City Councilmember Michael Julian Bond:

Robinson told his story in a book available through amazon.com. Titled, How the Streets Changed Me and Almost Took My Life, the book has notched seven reviews, all of them five stars.

The book was published in 2014. Two years later, Robinson propelled his wheelchair to Chicago via U.S. 41, accompanied only by a relative in a rented van. The journey started at the Georgia Capitol and ended at St. Sabina Church, in Chicago, according to a report on abc7chicago.com. 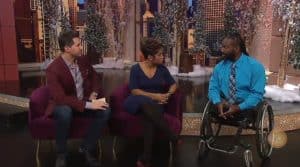 Vincent Robinson, Sr. describes his journey during an interview conducted Nov. 28, 2016 on the set of the ABC affiliate in Chicago. Credit: abc7chicago.com

For 55 of Robinson’s 61 days on the road, he was joined by passersby who would take photos, walk beside him, or pay for his food and accommodations, according to the paper. 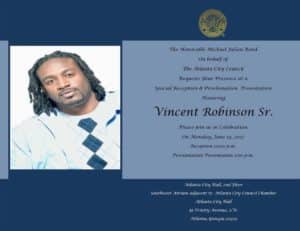