The board of the Atlanta Housing will meet Tuesday at 3 p.m. when it likely will approve its next CEO – Eugene Jones Jr., CEO of the Chicago Housing Authority for more than four years.

Jones publicly announced his resignation from the Chicago authority on Aug. 20, telling the mayor it would go into effect on Sept. 27.

After the news broke of his resignation, the Chicago press spoke highly of Jones, saying he had championed new types of affordable housing developments and work opportunities for residents. Jones tendered his resignation to newly-elected Chicago Mayor Lori Lightfoot telling her he was pursuing new opportunities. 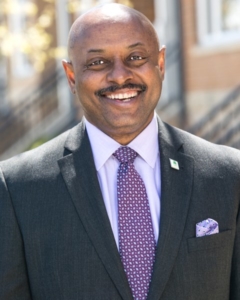 Curbed Chicago reported that Jones was the longest serving CEO of the Chicago Housing Authority, which is the second-largest agency in the country, in more than a decade.

One public housing resident said during a Chicago radio interview on WBEZ that: “We just lost the Michael Jordan of housing.”

Jones has had more than 35 years in housing operations working in Toronto, Detroit, Indianapolis and Kansas City before arriving in Chicago in 201.

A spokesperson for Mayor Lightfoot issued a statement saying: “The mayor and the city thank Mr. Jones for his four years of leadership running one of the nation’s largest public housing authorities. A search for his replacement will begin immediately.”

In response to an email sent Monday night asking for comment, Jones responded: “After the vote, I will speak.”

Jeff Dickerson, spokesman for the Atlanta Housing Authority, confirmed the board would meet at 3 p.m.

“The board anticipates going into executive session to discuss a personnel matter,” Dickerson wrote in a text. But he did not confirm the board was going to tap Jones as the agency’s new leader.

It has been a long and winding road to get to this point.

Apparently an agreement had been reached with Jones in mid-August, and the board had scheduled a meeting on Aug. 23 to approve the appointment.

But then tragedy struck.

The authority immediately canceled the Aug. 23 meeting. Another meeting was scheduled on Aug. 27 and then on Aug. 30, but both of those were also postponed in deference to the board chairman.

It is expected that much of Tuesday’s meeting will happen in executive session, and Dr. Edwards is expected to preside.

Jones’ appointment comes after a period of turmoil at the authority since the resignation of long-time CEO Renee Glover in 2013. Since then, there have been a series of interim and permanent CEOs.

Joy Fitzgerald is currently in her second stint as the interim CEO, the first time when she succeeded Glover, and the second time earlier this year when she agreed to come out of retirement when the authority found itself without a leader.

In late March, the authority selected Gregory Johnson, CEO of Cincinnati’s housing authority, to be its new CEO. But less than a month later, Johnson changed his mind and decided to stay in Cincinnati. The search resumed with a new slate of candidates, and that’s when the Atlanta Housing search committee selected Jones. The Goodwin Group consulting firm assisted the authority in both searches.

In between the Joy Fitzgerald two bookends of leadership, the authority selected Catherine Buell to be its CEO in Sept. 2016, but she lasted less than two years in that position. She was succeeded by Brandon Riddick-Seals, a board member who agreed to serve as interim director. When it was clear Riddick-Seals would not get the top job, he stepped down from the post.

The turnover at Atlanta Housing has occurred at a time when Atlanta Mayor Keisha Lance Bottoms has stated that one of her top priorities is to help Atlanta address its affordable housing crisis. During her mayoral campaign, she announced a goal to raise $1 billion in public and private funds to go towards increasing Atlanta’s supply of affordable homes.

Bottoms has previously said that she can only accomplish that goal if there’s a strong executive running the Atlanta Housing authority.