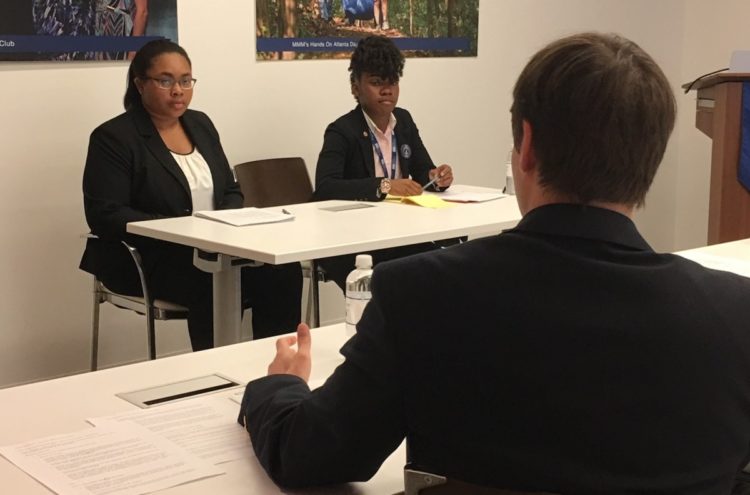 Just 4.4 percent of the nation’s 1.1 million lawyers are black or African American. The Atlanta law firm Morris, Manning & Martin has just wrapped up its seventh annual program to introduce a diverse group of high school students to the legal profession as part of its effort to help plant the seeds of greater diversity. 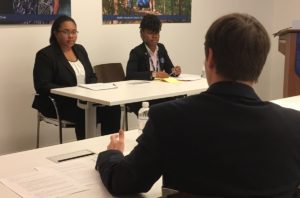 Several of the 14 students who completed the program June 30 said they have a clearer sense of their career plans. Some are convinced they want to specialize in legal fields such as environment, real estate, intellectual property and litigation. One was confident enough to say her calling remains, “unknown at the moment.”

One mother, Siddiqa Gibson, said the program broadened the horizons of her son, Donell Gibson, Jr. Donell is a rising junior at Woodward Academy.

“He’s more interested in reading and exploring career opportunities, particularly more preparation for college and more focus on which colleges would be best for his interest,” Gibson said.

For his part, Donell said the experience reinforced his desire to practice law and specialize in criminal or sports law. Donell said he built many friendships. 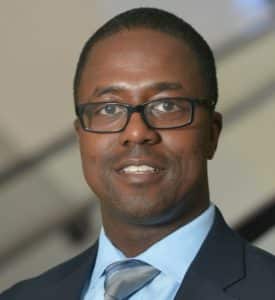 These experiences are the kind that Clyde Mize and Sheri McCurdy hope will benefit the students. McCurdy is a legal assistant at the law firm and Mize, who launched the program, is president-elect of the Gate City Bar Association, a member of 100 Black Men of Atlanta, chair of MMM’s Diversity Committee and chair of the Georgia Bar’s diversity program.

“The unfortunate reality is that we have fewer and fewer minorities applying to law school,” Mize said. “That means there are fewer to hire and work in the legal profession.

“Our goal here at MMM is not to start with students by the time they get to law school or college, but to catch them as early as we can to try to expose them and get them interested,” Mize said. “So that we can plant a little seed [that] will be at the back of their mind – that they can practice law.”

The U.S. Bureau of Labor Statistics reported Feb. 8 that blacks and African Americans comprise 4.4 percent of the nation’s lawyers and 1.2 percent of judges, magistrates and other judicial workers. 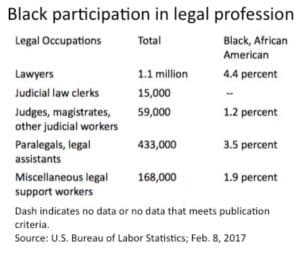 Blacks and African Americans comprise a small fractions of those employed in the legal profession, according to the U.S. Bureau of Labor Statistics. Credit: BLS, David Pendered

Vesselina Kotzeva participated in MMM’s program in 2011. She now is a rising second-year student in the University of Georgia’s law school. Kotzeva’s family emigrated from Bulgaria in 1999 and she learned English after arriving in the U.S. and she now is the first generation of her family to be a college graduate – UGA, class of 2011, bachelor of the arts in English, bachelor of science in education, and T-4 Certification to teach.

“This was the first opportunity that I had to get hands-on office experience at a firm and exposure to the legal profession in general,” Kotzeva said. “By participating in the internship, I was able to expand my understanding of the different legal careers available to law school graduates, and more specifically, the various practice areas related to corporate/transactional law. The internship also allowed me to recognize the importance of increasing diversity in the legal profession in order for the profession to be as diverse as the people it serves.”

McCurdy said the high school students who’ve come through the program share a goal of giving something back to the world. 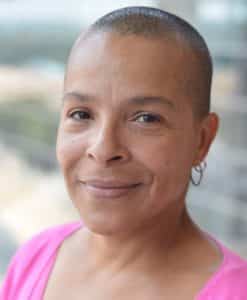 “A lot of them want to do something to make a positive impact on their communities, their country and the world,” McCurdy said. “With the ambition behind them, with the hard work that they are investing, and their families are investing in each of them … we will see more diversity each year. Having a diverse group of students working together allows them to see that not everyone has to look like them. … It’s more important who you are than what you are.”

This summer’s program concluded June 30 with the student’s participating in a moot court kind of final presentation. The teenagers presented their positions as they would in a courtroom.

Here’s what a few of them had to say after the presentations:

Gibson, who’s son is interested in pursuing criminal or sports law, concluded her remarks by characterizing the experience as life-altering for Donell:

“I’m thankful he’s been in this environment, where he’s with like-minded students, and where he has adults who are really reinforcing what his father and I tell him on a daily basis,” she said. “As you know, that old adage, ‘It takes a village,’ it really does play out. Sheri and Clyde have been saying the same things we have been saying. So I think now it’s starting to stick.” 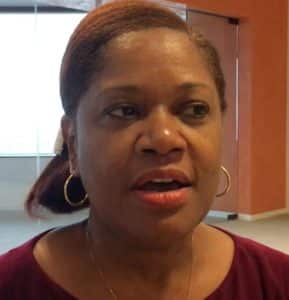 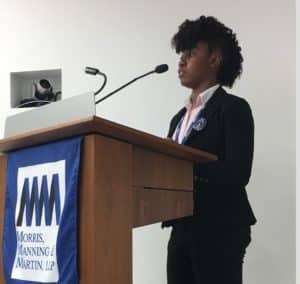 Skye Williams presents her opinion in a moot court setting for a summer internship at a law firm. Credit: Terri Thornton

Previous Article
Preparing the Peach State’s Future: The Georgia Center for Education Policy
Next Article
American harmony and the pursuit of happiness