Atlanta may turn to zoning to spark affordable homes, renew a neighborhood 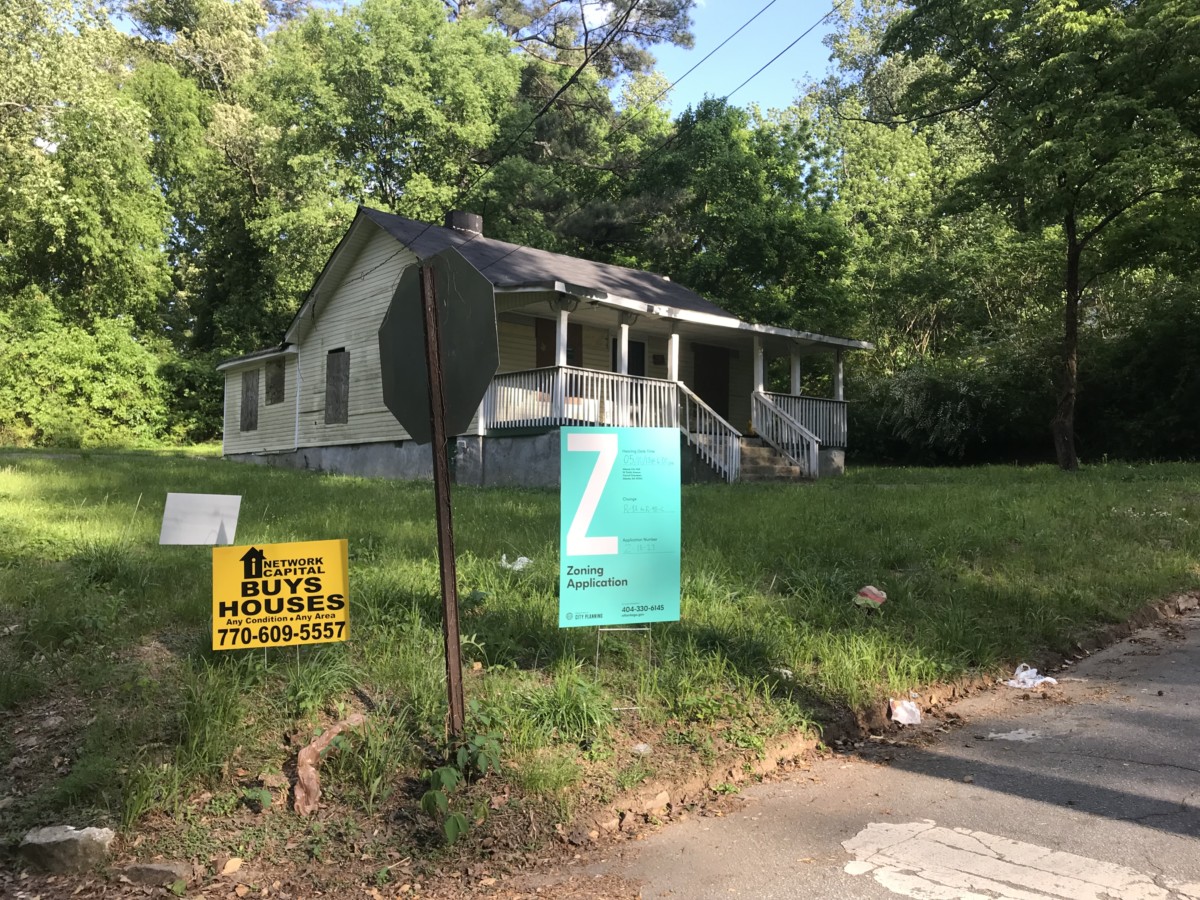 Atlanta’s latest effort to create affordable housing is underway in Carey Park, a Northwest neighborhood the city plans to rezone to a classification intended to promote development of houses for those with low to moderate incomes. 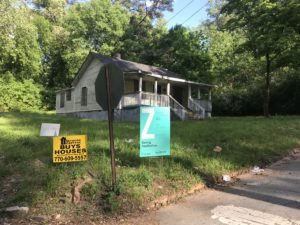 Carey Park is dotted with houses that are boarded, signs posted by real estate speculators, and the city’s rezoning notice. Credit: David Pendered

Carey Park is a struggling neighborhood located just beyond the reach of the programs unfolding to rejuvenate the area west of the Mercedes Benz Stadium. Atlanta’s pending effort in Carey Park represents the city government trying to create conditions conducive to the private-sector development of homes affordable to folks earning the salary of schoolteachers.

For starters, the proposed zoning classification allows for a denser development of houses. This will reduce land costs associated with developing houses.

Carey Park now is zoned to require lots that measure at least 9,000 square feet, which translates to almost five houses per acre. This suburban-style development pattern is viewed as a barrier to the private sector moving into this particular neighborhood, as it has in other close-in neighborhoods.

The proposed zoning requires a minimum lot size of 2,800 square feet, which translates to about 15 houses an acre. In addition, the new zoning allows the house to be 20 feet from the street, rather than the minimum distance of 35 feet that’s required in the existing zoning.

Language in the proposed zoning classification speaks directly to its aim of reducing the cost of land for a new house. A stated objective is: 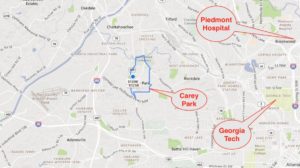 Carey Park is located in Northwest Atlanta, north of Donald Lee Hollowell Parkway and about a mile east of I-285. Credit: zillow.com, David Pendered

The notion of reducing land costs flows from the No. 1 purpose of this zoning classification:

Concerns about gentrification are specifically addressed in the legislation that says its intent is to, “help revitalize the area without displacement of longtime residents, and improved public infrastructure support.”

The zoning classification proposed for Carey Park originally was envisioned as a way to address land zoned for apartments. The notion was to provide an alternative way to transition from a zoning for multifamily dwellings to single family, detached houses that were intended for buyers or tenants with low to moderate incomes, according to the zoning ordinance. 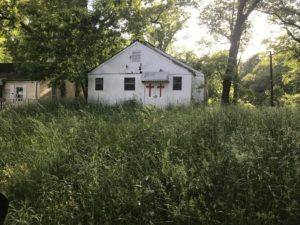 This same concept is proposed to downzone from one set of residential requirements to one that supports lower-cost houses.

Atlanta’s Zoning Review Board is to consider the proposal at its meeting Thursday, at 6 p.m. at Atlanta City Hall. The ZRB will forward its recommendation to the council’s Zoning Committee, which will conduct its own discussions of the proposal.

Large swaths of Carey Park today look as though they have been untended for decades, if they’ve not been abandoned outright. The neighborhood is located between Donald Lee Hollowell Parkway and Hollywood Road, about a mile east of I-285.

Boards cover windows and doors of many dwellings. Grass stands knee-deep in front of a building that may still serve as a church. A house collapsed on a lot created by a stone wall that dates to more prosperous times; debris including a bed mattress is piled along the unpaved road out front.

Late Sunday afternoon, there were few signs that folks still reside in the neighborhood. Two youths crossed a street, and one tossed a beverage can that spilled liquid as it tumbled into a trash-strewn vacant lot. A few men stepped from porch through a front door that closed as a vehicle slowed on the road out front. 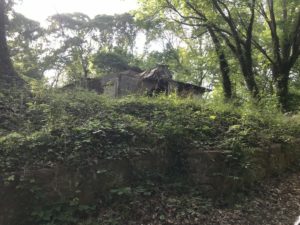 Before it collapsed, this house had a commanding view from its hilltop location. Now, debris including bed mattresses and box springs are stacked next to the unpaved road out front. Credit: David Pendered 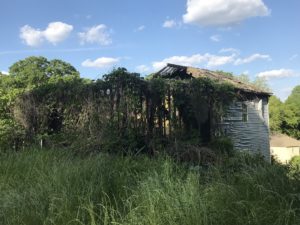 Some former homes in Carey Park appear as if the owners just walked away from their dwellings. Credit: David Pendered 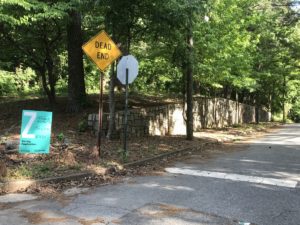 The developers of Carey Park took pains to build stone retaining walls that stand to this day. Credit: David Pendered 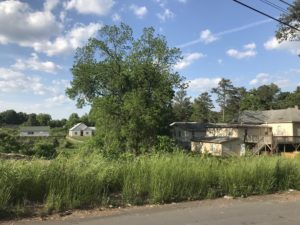 The topography of Carey Park consists of steep ridges and valleys, similar to that of the Buckhead area a few miles to the north. Credit David Pendered

Previous Article
Commentary: Why Atlanta Should Be the Global Hub for Franchising
Next Article
We’ve Come a Long Way — What’s Next?