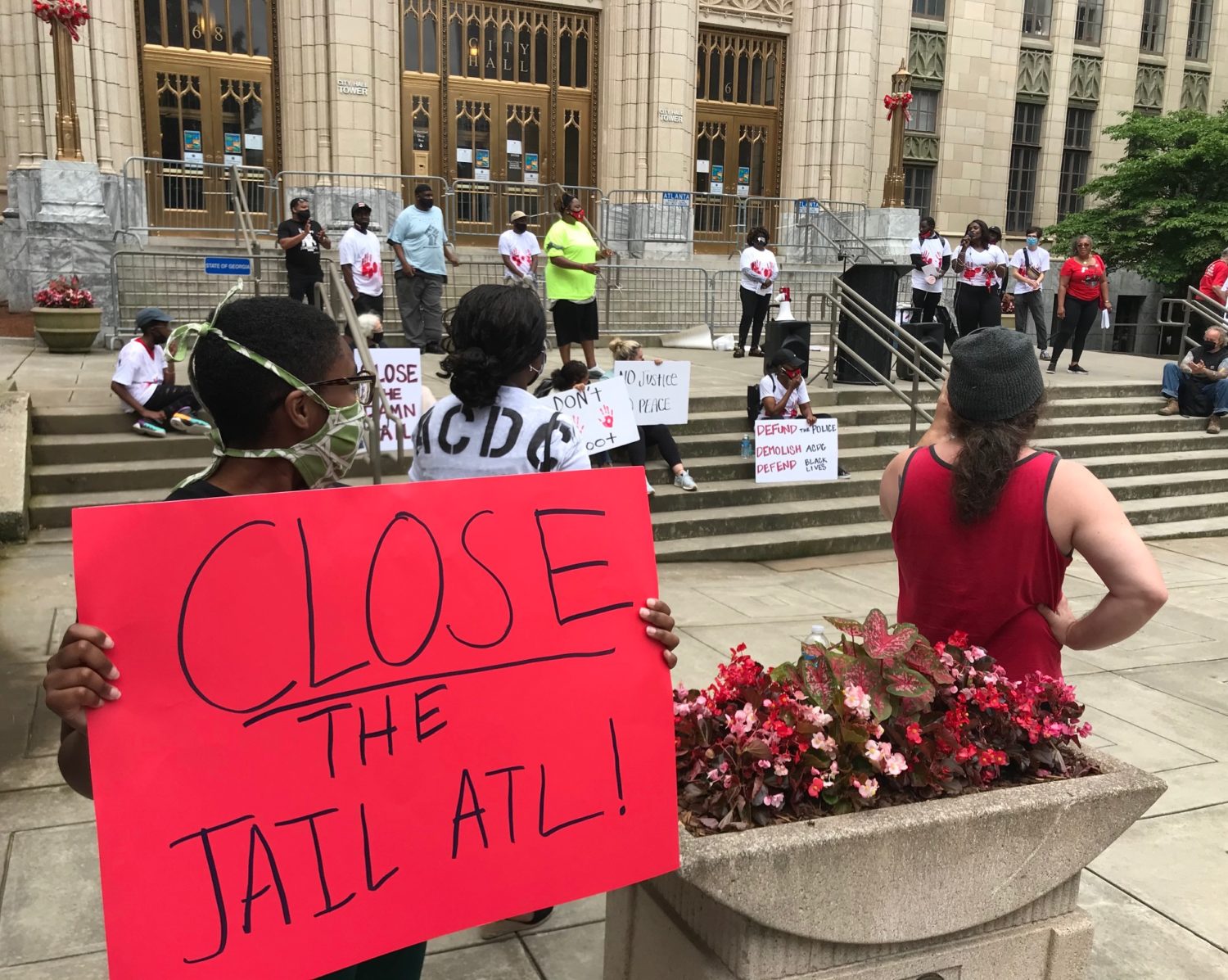 Atlanta Mayor Keisha Lance Bottoms’ staff will be working over the weekend on revisions to her annual spending proposal for the city.

More than a week of street protests have put new pressure on Bottoms to make good on her 2019 promise to shut down the city’s jail.

Instead of a scheduled hearing and vote on Bottoms’ draft budget Wednesday, an Atlanta City Council committee hit pause.

City COO Joshua Williams told the Finance/Executive Committee that  changes would be coming to the mayor’s proposed “personnel paper:” the big annual legislation that lists every city employee title. It’s a companion to the budget legislation.

Williams and the city’s HR leader implied that the changes would be in the corrections department: helping jail staff get trained for and transferred to other city jobs.

This week or early next week, Bottoms is set to receive recommendations from a jail “reimagining” task force named last year. The mayor has said she wants to see the building turned into a center for equity.

The city’s corrections budget is about $20 million for the fiscal year that is ending this month. Bottoms’ draft budget for next year set aside about $19 million. The spending had advocates wondering why the budget didn’t decline more if the jail is closing.

Councilmember Jennifer Ide, chair of the Finance/Executive Committee, said there are several moving budget pieces yet to be settled. She also said she’s heard that not everyone is in readiness to vote on the budget and that there is a desire to hear more from the public.

That was just after about two hours of public comment from dozens of people, mainly calling on the city to close the jail, defund the police or both.

Unrelated to the jail however, the mayor has already withdrawn a proposal to shore up this year’s $673.4 million general fund budget with $17 million from an eastside economic development fund. The idea of closing the Eastside Tax Allocation district drew anger from Auburn Avenue and the council members who represent it.

And anyway, the Covid Recession may not be hurting the city’s financial health as much as was thought just last month. City CEO Roosevelt Council said his department’s latest working revenue projection for next year is $639 million, not $619 million.

Council committee activity on the budget looks like it will be delayed until June 19. But check Atlanta City Council’s website for public hearing announcements.