The $100,000 that Atlanta Mayor Keisha Lance Bottoms provided in the city budget for HIV program resources is the latest indication she is on track to fulfill campaign promises to support the city’s LGBTQ community.

These efforts have been overwhelmed by the din of other issues at City Hall. But the $100,000 is a significant statement, as are three other developments related to her campaign platform on LGBTQ issues:

Jeff Graham, executive director of Georgia Equality and member of the mayor’s advisory board, said Monday that he’ll have a better sense of the mayor’s depth of commitment to LGBTQ issues after the board meeting. 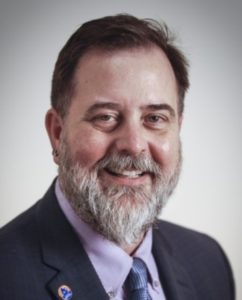 To date, he said, the trend line is positive.

“In her first budget, she included $100,000 for HIV prevention,” Graham said. “While that’s not a significant amount of money, it does represent a significant change in priorities. The City of Atlanta has never – to the best of my knowledge, and I’ve been working on these issues 32 years – had direct funding for HIV services.

“That is a strong indication the mayor wants to be forward thinking on these issues and use the bully pulpit of her office to fill gaps where they exist,” Graham said.

The mayor announced the formation of One Atlanta on May 23. Bottoms observed in a statement:

Graham said a major challenge facing Bottoms is the city’s management of federal funds that help provide housing for people with AIDS, the HOPWA program. Atlanta manages the money distributed in and beyond metro Atlanta.

“Last year, it hit some crisis points when we were afraid the city owed so much to agencies that people might lose housing,” Graham said. “Those are structural issues she needs to address.” 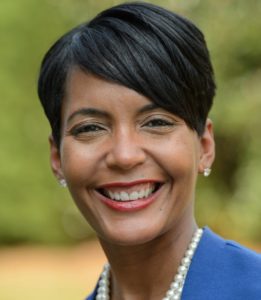 Atlanta received $23.1 million in HOPWA funds in the federal fiscal year that ends Sept. 30, according to a report by the U.S. Department of Housing and Urban Affairs. The money is to help provide housing to very low income, low income and moderate income individuals living with HIV/AIDS. Atlanta was to have distributed funds to 22 project sponsors including:

Bottoms has joined the Mayors Against LGBT Discrimination Coalition. The coalition was formed in 2016, in response to the adoption of anti-LGBTQ legislation in North Carolina and Mississippi.

Georgia is represented by six members. Four are current mayors – Bottoms and the mayors of Clarkston, Decatur and Pine Lake. Two are former mayors – Kasim Reed and the former mayor of East Point.