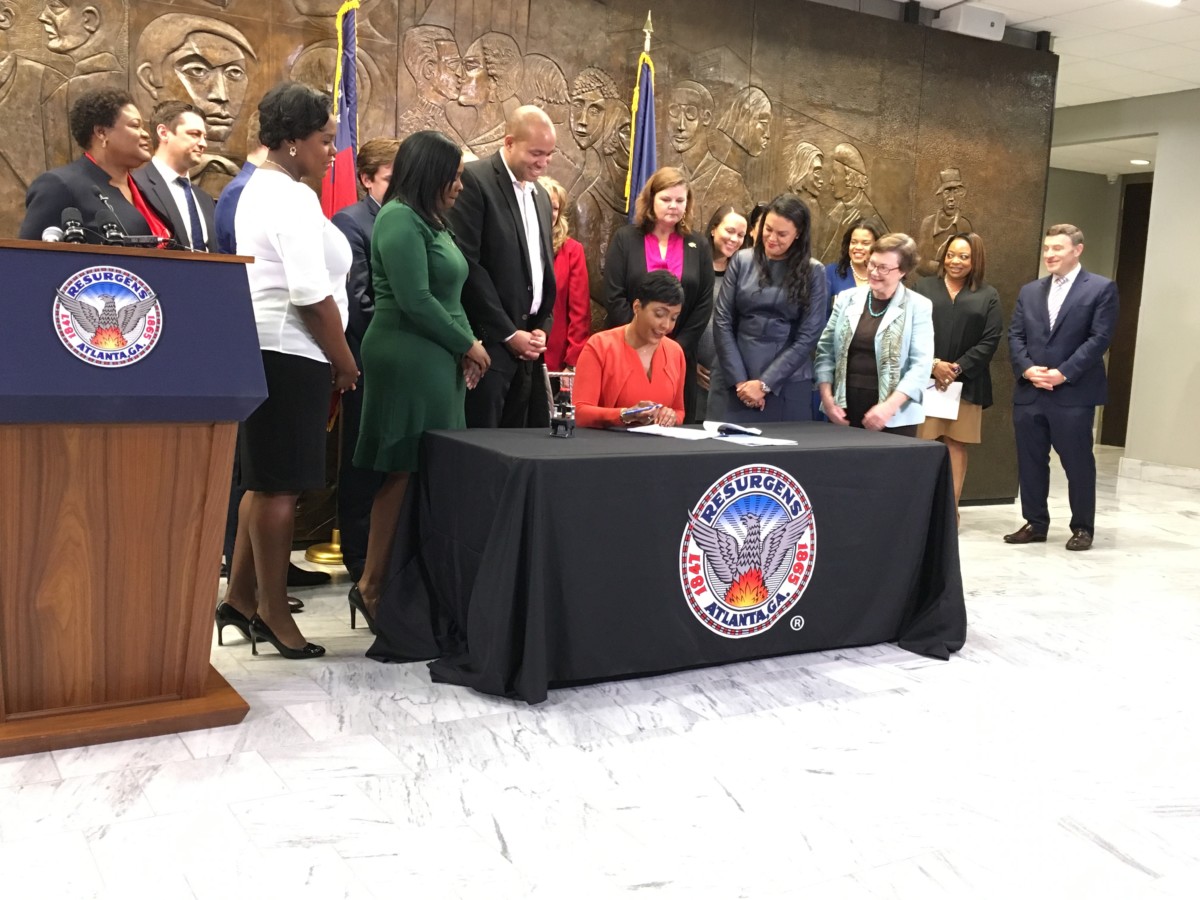 With the signature and stamp of Mayor Keisha Lance Bottoms on an ordinance passed by Atlanta City Council, dozens of long-disputed properties are closer to belonging to Atlanta Public Schools.

There are more legal steps, but the city ordinance is a milestone in ending the yearslong dispute between Atlanta Public Schools and the city over properties all over town.  The school system wants title to properties so that, in some cases, they can dispose of or reuse dilapidated ones. The system has gone to court to try and get clear title, and has long said the deed “confusion” dates back decades to when the city and its school system separated. But previous Atlanta Mayor Kasim Reed had resisted turning over all the deeds APS sought, calling for affordable housing provisions if properties are sold to developers. 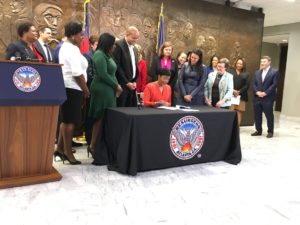 The ordinance Bottoms signed starts the transfer of 31 properties. And 21 more properties still need a little more work like boundary surveys before a transfer starts, but Bottoms said the city and the schools are working together to clear those up.

“We have both taken very significant strides to address affordability,” said Bottoms on Tuesday, at a press conference and ceremony where she signed the ordinance.

Some of the deeds are for schools that are open, where the system doesn’t plan any changes.

But some properties will be sold, said Atlanta Public Schools Superintendent Meria Carstarphen, speaking Tuesday at City Hall. And where properties are sold to developers, there are city and school policies around expectations for affordable housing, she said.

“We also want to do work around blight … that is critically important,” said Carstarphen. Some of the buildings are dilapidated eyesores, overgrown and pierced by broken windows.

“We have money in our SPLOST [sales tax funds] to do a lot of demolition where possible, in communities where we no longer need the buidlings. They could be parks, community spaces, they could be community gardens, but we are going to be working with our individual communities to think about how we might be able to use those spaces,” she said.

Some deeds could be in APS’ hands in as little as five days, according to a system spokesperson.

The city did not immediately have available an estimate of the cost of the legal dispute. An APS spokesperson said via email that their legal costs to date amount to $283,686.

Last year on the campaign trail, Bottoms made a point of saying she would act quickly to transfer the deeds.

Bottoms said one of her first meetings as mayor was with Carstarphen, where the two discussed the deeds.

The handoff may one day be remembered as part of the start of a closer relationship between the city and schools. Bottoms is also searching to fill a new post, that of city “chief education officer.” That person will do several things, one of which will be to act as a liaison to Atlanta Public Schools.

This story has been updated with a figure on APS’ legal costs.