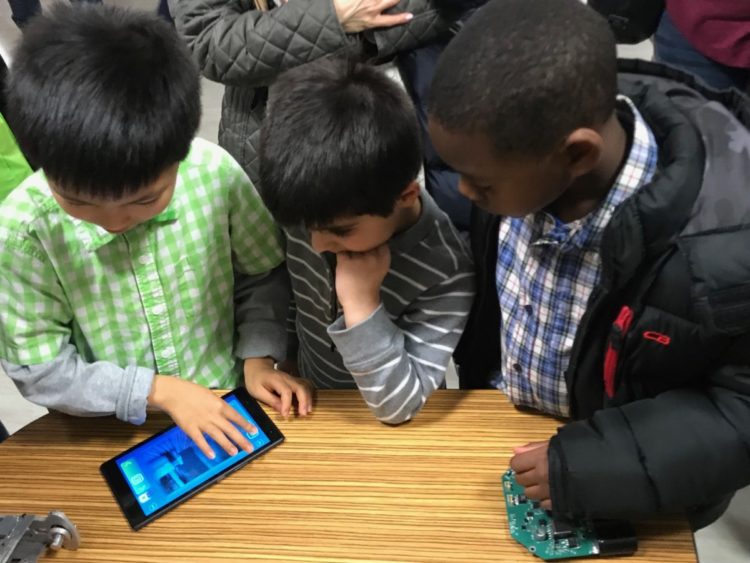 Touch screen technology that is so integral to today's lifestyle was developed in the 1960s by scientists who couldn't find an immediate use for their discovery because it was too costly for its original market - windshield glass for vehicles. Credit: Kelly Jordan

Amid the robot shows and eco-expeditions, the Atlanta Science Festival commemorates the strength of Atlanta’s roots as a center of technology and manufacturing. The event continues through March 24. 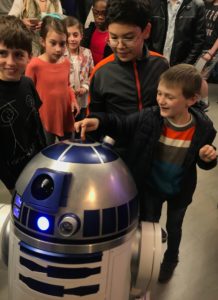 The roots of technology that animates both movie-star robots and those destined for manufacturing settings can be traced through the heritage of Atlanta’s technology legacy. Credit: Kelly Jordan

The proliferation of technology in metro Atlanta has reached the point where it almost goes without mention. Reports of high tech companies moving into the region typically tout the educated workforce without really saying what is so unique about what the future staff is able to do.

These folks evidently have the collective skill set needed to develop projects that range from glass that sheds contaminants to buildings that aim for zero net consumption of water and energy. But their work product is rarely as visible to the public as it is during the Atlanta Science Festival.

And while Elon Musk garners headlines this week with his prediction that his company’s rocket will land on Mars in 2022, it was just three years ago that a Georgia Tech doctoral student reported finding evidence that water flows or has flowed on Mars – an observation confirmed by NASA. The presence of water suggests the presence of life.

These marvels stand on the shoulders of past accomplishments in the region.

Meisa Salita, co-founder and co-director of the Atlanta Science Festival, did not allow this context to pass without comment.

“Atlanta has a rich history of science and technology,” Salaita said in an email.

“From the railroads and manufacturing of the early 1800s to the CDC, global health initiatives, booming fintech and biotech industries of today’s Atlanta, our city continually draws upon science and tech” Salita said. “With the Atlanta Science Festival, we’re able to share our local STEM activity with the public, which continues the story of this great legacy.”

As is so much of Atlanta’s history, its industrial legacy began to garner attention during the Civil War. 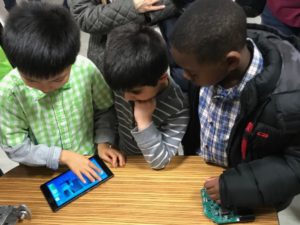 Touch screen technology that is so integral to today’s lifestyle was developed in the 1960s by scientists who couldn’t find an immediate use for their discovery because it was too costly for its original market – windshield glass for vehicles. Credit: Kelly Jordan

By this time, Atlanta’s railroad network had made Atlanta a true crossroads of commerce. In addition to its role as a logistics hub for the manufacturing centers throughout the state that shipped goods for the war effort, Atlanta was a manufacturing center in its own right, according to a report in georgiaencyclopedia.org.

These arsenals performed a crucial role in the nation’s westward expansion. While it may be tempting to dismiss an arsenal that armed the Confederate States Army, the remains of an arsenal in Harpers Ferry – located in the states of Maryland, Virginia and West Virginia – attracts hundreds of thousands of visitors a year.

Harpers Ferry was home to the arsenal that provided much of the equipment for the Lewis and Clark Expedition, including the foldable boat that was integral to the trek. And Harpers Ferry was the site of an anti-slavery revolt led in 1859 by John Brown, who was hung at the site of the revolt.

There’s no doubt the festival is a vortex of “gee whiz” moments. Adults and youngsters alike have the relatively rare opportunities to get an up-close look at the results of cutting edge research that is both conducted and fabricated in the region.

Note to readers: Visit the website to learn more about the Atlanta Science Festival and its events. 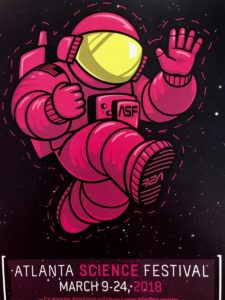 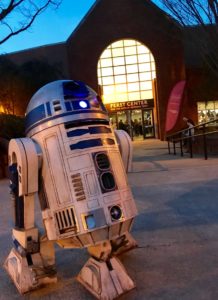 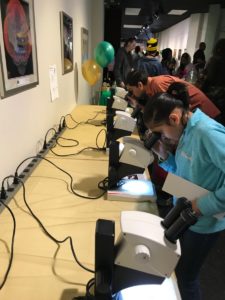 For two weeks, the public has a chance to get up close to the technology underway in the region via the Atlanta Science Festival. Credit: Kelly Jordan