Most of us have seen the news by now. A number of major tech firms recently reported dismally low diversity numbers. Only 2 percent of those who work at Google, Yahoo and LinkedIn are African-American.

If one accepts the widely held premise that these companies are representatives of the economy of the future, then this is a harbinger of a much greater problem.

There are things that these companies can probably do better, but it would be misguided to fully blame them. The undeniable fact is that institutions within the African-American community have not been doing a good enough job of creating the techies of the future and supporting those of today with the capability to build their own companies. Things are slowly starting to change as “teach everybody to code” programs pop up all over the place, but that is only half of the battle. 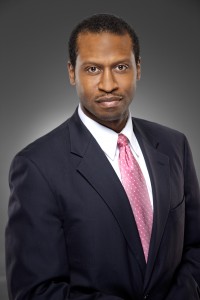 What we have here in Atlanta is basically the premier vehicle to rectify this issue in the near term – the Atlanta University Center (AUC) and its network of alumni and supporters.

I have been working with AUC institutions, in collaboration with Startup Atlanta, to develop a broad-based plan focused on supporting individual institutional efforts and creating collective initiatives focused on innovation, entrepreneurship, and commercialization.

There are certain aspects of this effort that require administration-level leadership, but make no mistake, this must be a “bottom-up” initiative.

Without the buy-in of the students, this will go nowhere. The AUC can provide the foundation and a supportive structure, but the freedom and independence to create, refine, pivot, fail, and succeed (and possibly do it all over again) must be integrated throughout this effort and, more importantly, govern advanced stage development.

I’ve spoken to a number of AUC students so I know how much potential exists there. Many already have functioning, marketable ideas but simply don’t know how to get to the next level of development. The tragedy of unrealized potential in the innovation space is happening every day. We can help end it here in Atlanta while, at the same time, establishing a model to rectify this problem all over the country.

The path forward is clear. Stanford University has been empowering its students to create some of the most successful companies in history (literally) by utilizing internal resources and facilitating external resources for its students. Locally, Georgia Tech is finding similar success. So there’s no need to re-invent the wheel; we just need to put a set on our car.

Let’s not be shy about what the ultimate goal is here. It is not to contain our efforts within the ivory tower of academia. The goal is to facilitate the creation of profitable, innovative companies and products. And, along the way, deprive the Googles and Yahoos of the world of any legitimate excuses when it comes to diversity.

Note to readers: In addition to his roles at the Pendleton Group, Satcher also runs a government affairs firm. He is deeply connected to the Atlanta University Center as a 2nd generation Morehouse College alum; as well as the son, husband and brother of Spelman alumni; and a brother of a Clark Atlanta University alum; and the son of a professor at the Morehouse School of Medicine.