Local leaders meet with FIFA officials during tour of Atlanta as a possible city to host the 2026 World Cup. Lert to right: Dietmar Exler of MBS; Colin Smith of FIFA, Victor Montagliani of FIFA, Steve Cannon of AMB Sports, Darren Eales of Atlanta United and Dan Corso of the Atlanta Sports Council (Photo by Maria Saporta)

Atlanta and Georgia leaders are full of excitement at the prospect of hosting the 2026 FIFA World Cup.

FIFA officials toured Atlanta on Sept. 17, and comments from FIFA officials sounded as though the city has an excellent chance to be a World Cup city, possibly even hosting one of the two semifinal matches.

The visit also brought up a couple of areas of concern as well as areas of needed improvements (think Northside Drive), at least from my point of view. (See photos at the end of this column). 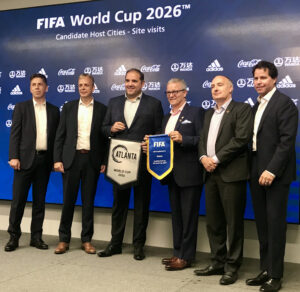 Local leaders meet with FIFA officials during tour of Atlanta as a possible city to host the 2026 World Cup. Lert to right: Dietmar Exler of MBS; Colin Smith of FIFA, Victor Montagliani of FIFA, Steve Cannon of AMB Sports, Darren Eales of Atlanta United and Dan Corso of the Atlanta Sports Council (Photo by Maria Saporta)

Atlanta is one of 17 U.S. cities seeking to be one of the 10 or 11 cities that will be selected to host World Cup matches. The 2026 World Cup also will be played in. three Mexican cities and two in Canada.

“We know Atlanta has become a real football city, as in real football globally,” said Victor Montagliani, FIFA vice-president who was one of two officials to participate in a press conference at Mercedes-Benz Stadium. “We think Atlanta has one of the best opportunities to host the 2026 World Cup.”

Atlanta also is bidding to be the broadcast center for the World Cup, but that’s a separate bidding process with fewer cities in the running.

“I’m 100 percent convinced Atlanta is ready for this,” Cannon said. “It’s a big investment, but it’s really a once-in-a-lifetime event. (It’s an) opportunity to put Atlanta back on a global stage, much like we were in the Olympics in 1996.”

Everyone was quick to talk about Atlanta’s attributes – Hartsfield-Jackson International Airport, the compactness of facilities in downtown – from the hotels, Centennial Olympic Park, the Georgia World Congress Center, the Home Depot Backyard and the Mercedes-Benz Stadium, attributes mentioned by Colin Smith, FIFA’s chief tournaments and events officer..

Darren Eales, president of Atlanta United FC, said the city’s sports and hospitality infrastructure “makes Atlanta a very strong candidate with the success we have had with soccer in the city.”

Both Cannon and Eales were asked if they were concerned that there could be a situation like when Major League Baseball pulled the 2021 All Star Game out of Cobb County in protest of Georgia’s new voting law. Could there be a similar backlash if Georgia passes legislation that restricts human rights, abortions or other divisive social issues?

“Of course, we are always concerned that things that are out of our control can impact what we can control. We have disagreements in this country,” Cannon said, adding that sports can be a way to bring people together. “The consensus is really, really strong to bring the World Cup here. We all know this is a strategic opportunity.”

When asked if he was concerned, Eales answered “No.”

“From our perspective, we can focus on infrastructure and what we have to offer,” Eales said. “I’m pretty hopeful Atlanta will be selected.”

What he didn’t say is that some of Atlanta’s toughest competition will be Dallas/Fort Worth and Houston, both in Texas, a state that has passed even more restrictive legislation on voting and abortions than Georgia.

FIFA officials complimented Atlanta and its long history hosting major sporting events. But Atlanta was the third stop in their tour (after Boston and Nashville). The FIFA officials also were going to visit Orlando, Washington DC, Baltimore, New York/New Jersey, Philadelphia and Miami. Other tours are planned for October and November.

Montagliani said they will gather information on each city before selecting the cities and then deciding where particular matches will be held.

“We put all of that together and work out a jigsaw puzzle,” he said. “At the end of the day, we are going to make the best decision.”

To get to the press briefing at the Mercedes-Benz Stadium, journalists were asked to park in a lot across Northside Drive next to the elaborate pedestrian bridge at the Vine City MARTA Station. 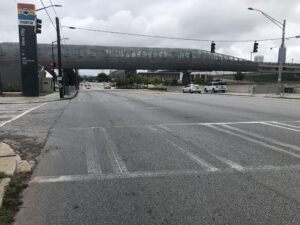 The bridge, which cost more than $23 million to build, was championed by former Atlanta Mayor Kasim Reed, and it was arguably one of the worst investments of tax dollars I’ve seen in my decades as a journalist.

Atlanta business leaders Arthur Blank, owner of the Atlanta Falcons and Atlanta United, and Dan Cathy, CEO of Chick-fil-A, have spoken passionately about the need to connect the Westside with the sports, entertainment and commercial side of downtown. But Northside Drive, which is controlled by the Georgia Department of Transportation, is more like a moat that divides our city rather than connects us.

Fortunately, as we look to host the World Cup in 2026, we have an opportunity to improve Northside Drive as a pedestrian-friendly corridor once and for all. 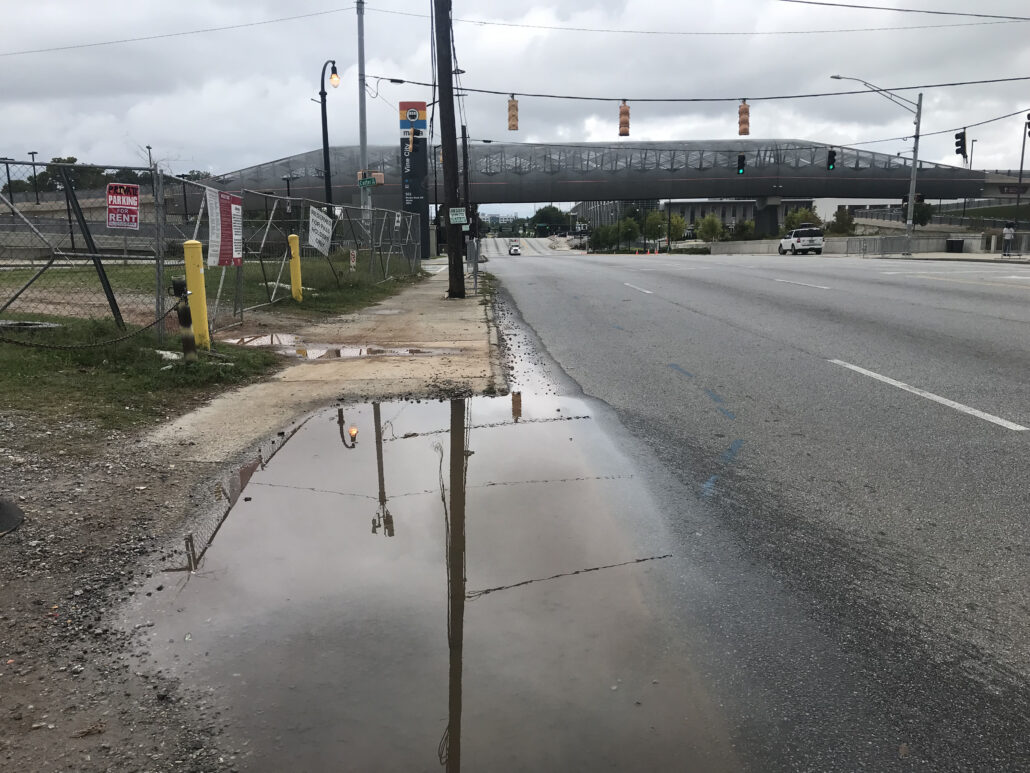 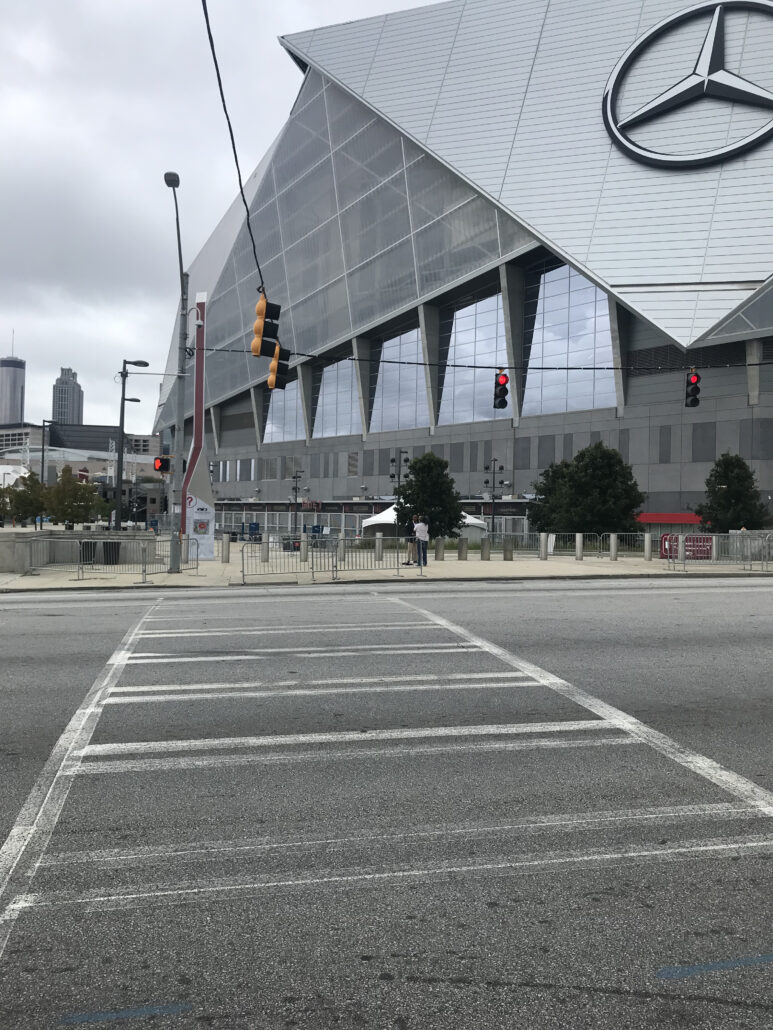 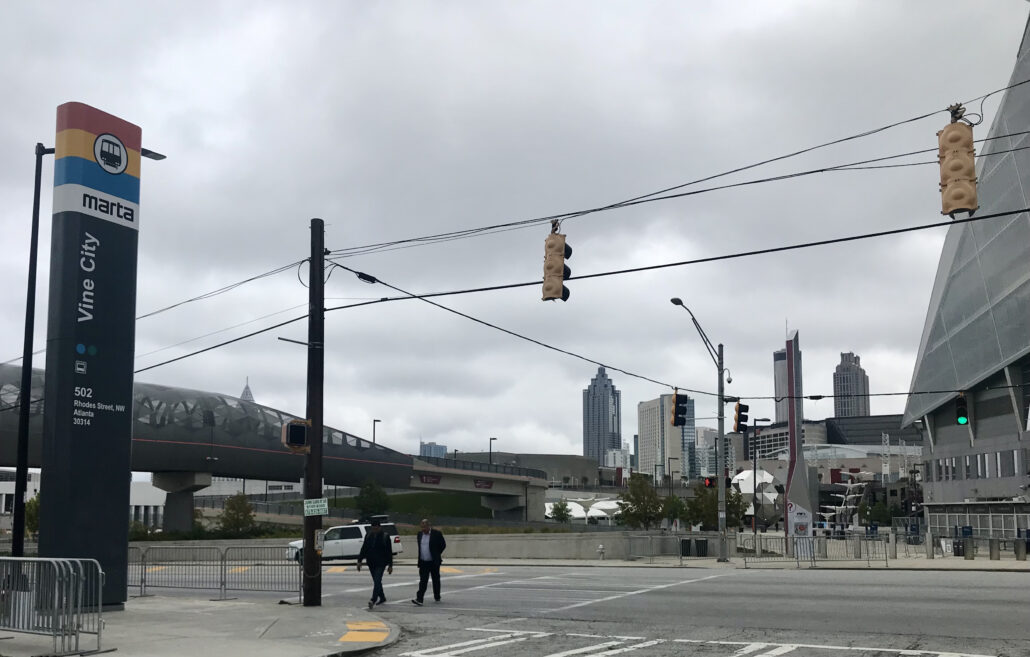 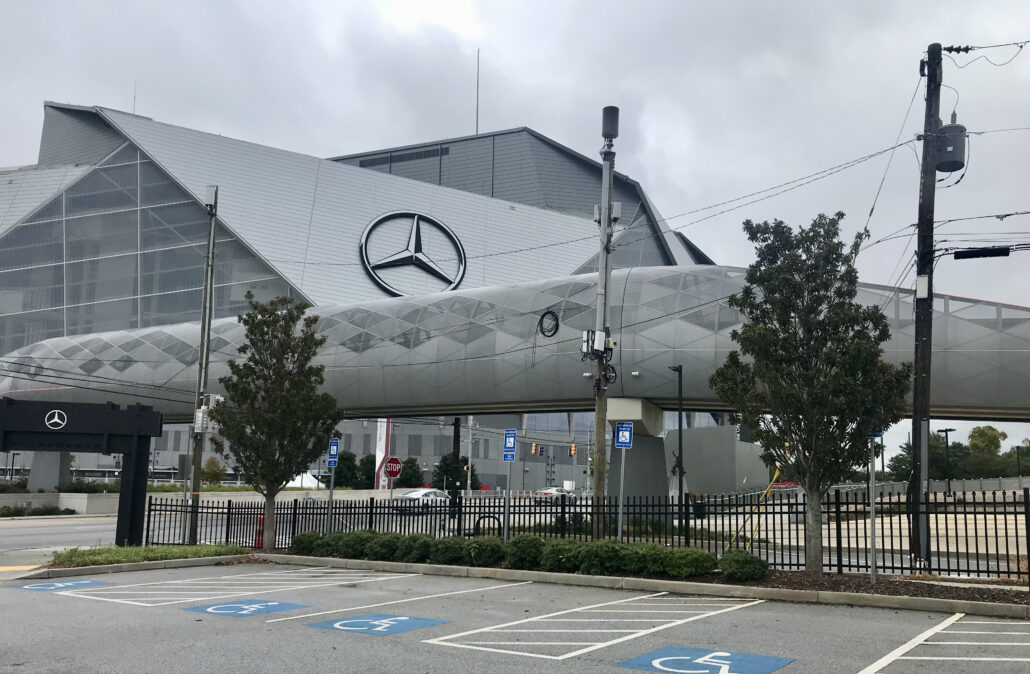 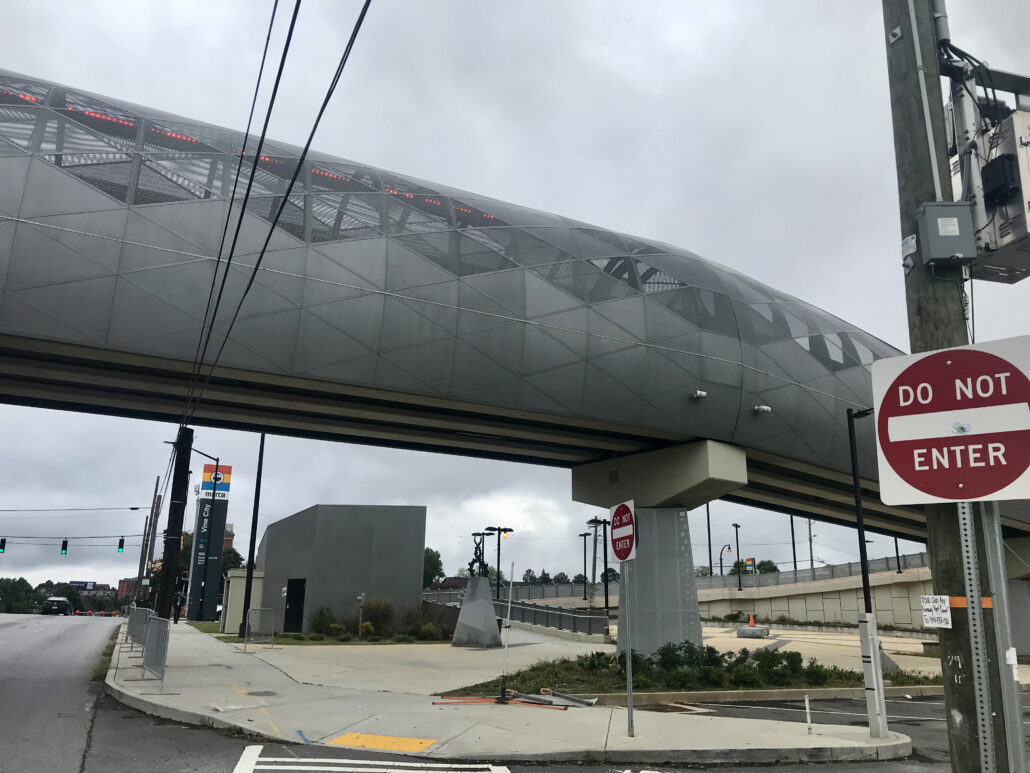