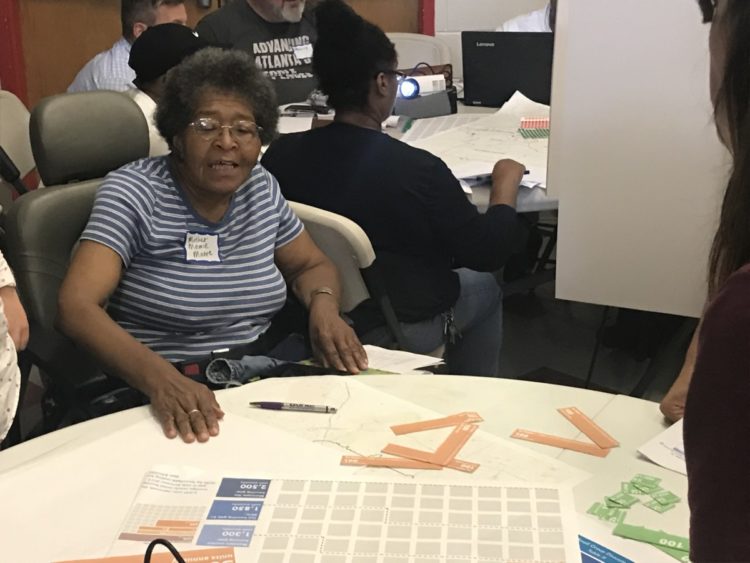 Once they were finished, the citizen planners who on Saturday offered their ideas about how to promote housing development in Atlanta relied heavily on many of the same tools used around the nation for more than 30 years – government incentives to entice the free market to meet a public need for housing at all prices. 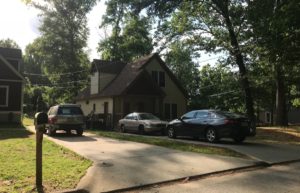 The Atlanta City Council is considering legislation to promote the development of lower-cost housing in Carey Park, a mostly blighted neighborhood in northwest Atlanta that has a few homes that appear well-tended. Credit: David Pendered

These tools include a mix of zoning policies that allow for greater density in exchange for more units per acre. Plus, various policies aimed at enabling developers to make a profit while building some lower-cost units in their pricier projects, and other policies aimed at enticing landlords to keep existing homes in a state of good repair.

These citizen planners also relied on housing defined by an emerging buzzword – accessory dwelling units. Years ago, ADUs went by names including garage apartments, mother-in-law suites, attic conversions, even granny flats. The notion is to add a small residential living space to the land around a house, and put a relative or tenant in the space.

These ideas, and more, were touched on in a panel discussion June 19 at an event at the National Press Club in Washington, where Harvard University’s Joint Center for Housing Studies released its 30th anniversary report on The State of the Nation’s Housing.

Of note, Atlanta’s recent passage of inclusionary zoning legislation along the Atlanta BeltLine was cited in the report: 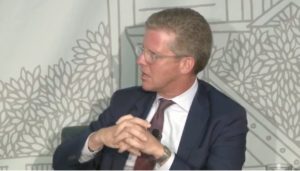 More than 60 citizen planners in Atlanta met Saturday at the city’s first Equitable Housing Needs Assessment, convened by the Department of City Planning. The citizen planners worked at tables in groups of five or six, each table staffed by two individuals from the city Planning Department, while two consultants with New York-based HR&A roamed the room at Bessie Branham Recreation Center, in the Kirkwood neighborhood, to answer questions and add perspective.

The next session is set for July 21 at the Andrew and Walter Young YMCA, in southwest Atlanta. Results from both meetings are to help shape a new Atlanta housing policy that is to fit into the framework of the city’s long range development policy, The Atlanta City Design: Aspiring to be the Beloved Community. 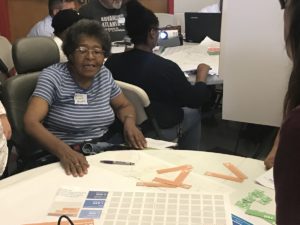 The housing policy is to be completed and released in the fall, Terri Lee, deputy commissioner of Atlanta’s Department of City Planning, said at the June 6 meeting of the Atlanta Regional Housing Forum.

One likely component is being considered now by the Atlanta City Council. Legislation to change the zoning regulations to allow for smaller lots is proposed for the Carey Park neighborhood in northwest Atlanta. The smaller lots would allow developers to build more houses on a given acre than is allowed under current zoning. The proposal is to be considered Wednesday in the council’s Zoning Committee and, if approved, could be on the agenda of the council’s meeting on July 2.

For Mother Mamie Moore, the final report can’t come soon enough. She’s a longtime advocate of equitable development in the English Avenue neighborhood, located west of the Mercedes Benz Stadium, and a former president of the English Avenue Neighborhood Association that was formed in 1995 to voice local concerns.

The current concern is a proposed mixed use development by Brock Built Homes that is far more dense, and expensive, than any development envisioned by a neighborhood plan for the site at the intersection of Northside Drive and Donald Lee Hollowell Parkway.

“This is helpful in figuring out how to negotiate with Brock Built,” Moore said Saturday. “We need to help them understand City Design.” 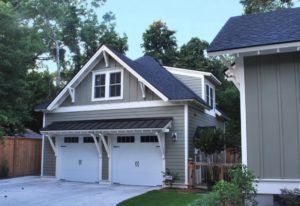