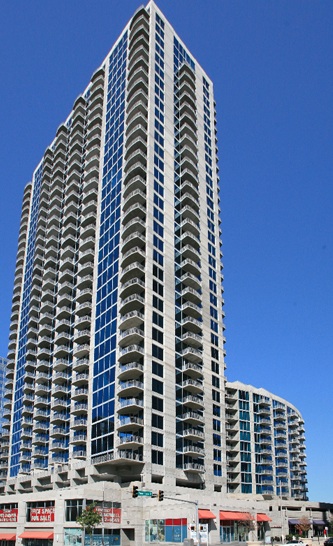 An urban renewal program that Atlanta Mayor Kasim Reed proposes to close has achieved less than half the goals that were outlined in 2005, and it has a long way to go toward fulfilling its mission as stated when it was created in 2003, city records show. 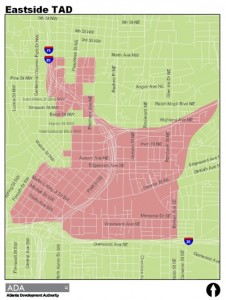 When the Eastside TAD was created, the vision was for it to spark $1.51 billion in private and public/private investments. The result has been an additional $300 million in increased property value through 2010, the latest reporting year readily available in city records.

Reed proposes to close the Eastside Tax Allocation District in order to free about $5 million a year for use in the citywide budget. Currently, this amount of property taxes can be spent only to promote development within the borders of the Eastside TAD.

The Eastside TAD was created during the heady days of the “back to the city” movement in which thousands of millennials moved into Atlanta. Then Mayor Shirley Franklin struck this bold note is describing her vision in 2003 for the Eastside TAD:

TWELVE Centennial Park is one indicator of how hard the district was hit by the recession.

The 39-story tower opened in 2007 and the last market-rate condo sold five years later, in late 2012, followed by the sale of the last affordably-priced units in January 2013. (To receive TAD funds, the tower provided 20 percent of the units at a specified affordable price.)

TWELVE has leased 45 percent of its 21,700 square feet of retail space. None of the 12,900 square feet of loft-style office space is leased, according to an August 2013 report by MuniCap, Inc.

Compared to the amount of development outlined in a bond document related to the issuance in 2005 of $47.5 million in bonds, the amount of office space that has been built exceeds expectations and the amount of housing and retail has lagged the plan.

An analysis of the numbers in the chart associated with this story shows that a relatively small portion of the development the city intended to help fund in 2005 has been completed: 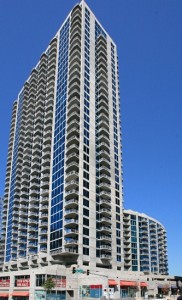 The chart provides details included in the vision of 2003; the reality based plan of 2005 that was included in the bond proposal, and the accounting of what was actually developed, according to the MuniCap report.

MuniCap also reports the projects in the Eastside TAD are essentially complete.

Seven projects were funded, and six of them had drawn down the last of their TAD funding by June 30, 2009. The exception was Capital Gateway, which continued to draw TAD funds through fiscal 2013, when it took an additional $189,400 to bring its total to $5.3 million.

Reed included his recommendation to close the Eastside TAD in the proposed budget for Fiscal year 2015, which begins July 1. The council is slated to adopt a budget in June. Some members have signaled initial support for ending the Eastside TAD.

As Councilmember Yolanda Adrean said in a budget hearing this month, without referring to a specific TADs, that the districts, “were meant to be retired. Mission accomplished. Yeah! Close it.”

Along with wanting to regain greater control over the city’s tax base, some on the council talk about the need to retune the city’s budget to the realities of post-recession Atlanta.

In addition, a consensus is emerging behind the mayor’s concept to borrow $250 million to fix roads, bridges and sidewalks throughout the city. Simply by closing the Eastside TAD, Atlanta would have access to nearly a third of the $16.5 million annual payment that’s projected to pay off the infrastructure bond.