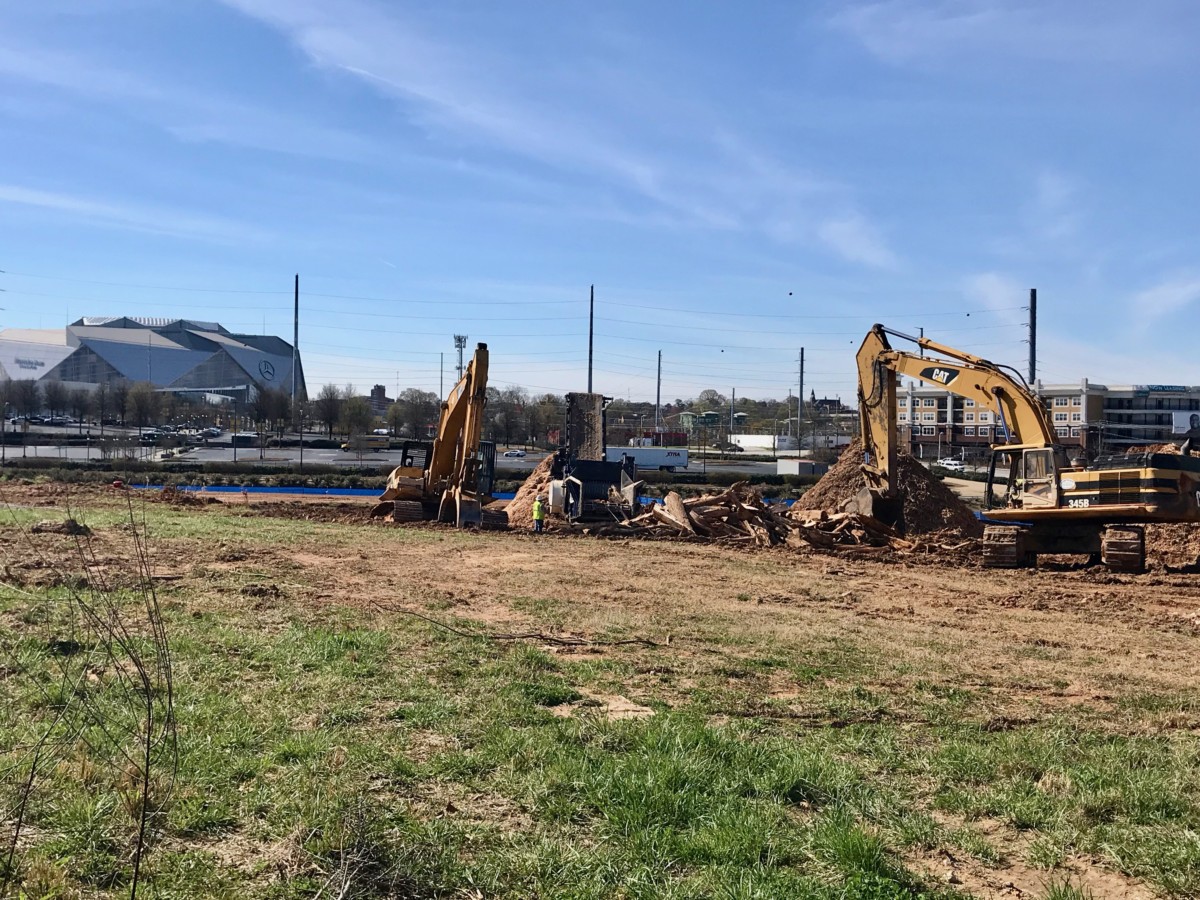 About one-third of Atlanta Housing’s $357 million budget for the upcoming fiscal year, or about $121 million, will be spent on getting new housing built. 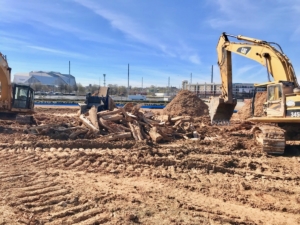 Site work has begun at the roughly 12-acre Herndon Square site. About half the 700 units there will be priced below market rate. The old Herndon Homes were closed about 10 years ago. Credit: Maria Saporta

The need is huge: about 75,000 households are on the waiting list for assistance from the city’s public housing authority. (Not all those people even live in Atlanta now, however.) But the vacancy rate in privately owned multifamily properties in Atlanta is below 5%.

A highlight under “development and revitalization expenditures” is $35.6 million to be spent primarily at the former Herndon, Englewood and Bowen homes projects, according to the authority’s spending plan.

Each will take years to finish and together, they would  provide a total nearly 1,500 new below-market rate “affordable” homes for families at various places on bottom of the income ladder. There are also plans at various points of completion to redevelop several other sites across the city.

There’s also about $31.8 million in the budget for “co-investment and new initiatives,” which means in large part helping fund projects with the city’s development authority and the BeltLine. Those are scattered throughout the city.

There’s also $25 million from a federal grant first announced several years ago to be spent in portions of Vine City, Ashview Heights and the Atlanta University Center neighborhoods.

“We want to spend this money, and build some housing,” said AH board Chair Christopher Edwards. “We appreciate all of the rehabs on the RADs [a program to preserve existing affordable housing,] and all those things, but we want new housing to help the new people who need the help now … ‘New and now’ is what I think we’re trying to get to.”

The vast majority of AH’s revenue comes from federal funds.  And the biggest expense in the budget is still spending on current clients. 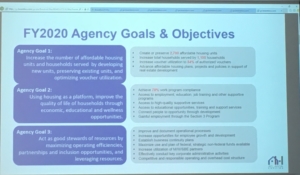 Atlanta Housing’s goals for the next 12 months, as presented to the board by interim President and CEO Joy Fitzgerald. Click for a larger version.

Goal No. 1: serve an additional 1,100 households. That could be done in several ways, including getting new housing done or getting folks into housing with vouchers they already have.

AH served about 24,500 households as of the end of December, according to its FY2020 Moving to Work report, a big annual update that’s sent to the feds. That number includes all AH-assisted households, like those who get vouchers, those who live in AH-owned developments or low-income families living in affordable housing facilitated by AH investments.

Herndon, Englewood and Bower are all mixed-income developments that in total will have about 4,000 housing units, including the affordable ones.  More than 10 years ago, Atlanta Housing began shuttering and demolishing its old-style housing projects, in favor of partnering with private developers to jointly build mixed-income communities.  The idea is that people have greater chance improve their economic mobility if they’re not isolated into communities with only low-income neighbors. Today, the authority owns few buildings outright.

But the authority has also been slow at re-building with partners. Herndon, for example, was closed about 10 years ago, and some of its residents are still waiting to move back.