“Mr. Johnson brings a combined 24 years of experience working in every department of a housing authority.  He has a history of solving complex problems,” said Dr. Christoper Edwards, AH’s board chair on Wednesday evening, just after the board voted to formally extend an offer to Johnson. 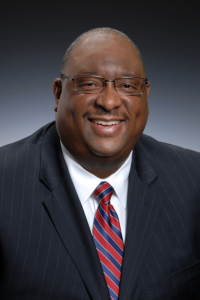 Johnson is expected to start in about six weeks, if he accepts the offer. The search started with about 100 prospects and was narrowed down to 15 candidates. In late February, four finalists made it to final interviews with the board, Edwards said.

Edwards said Johnson has a great depth of experience in building building, getting affordable housing up very quickly.

“In two different ways,” Edwards said. “Working with partners but also with self-development.”

That is, Johnson has prepared authorities to become builders themselves when developers are moving slowly.

“We’ve got to get housing to folks, and we’ve got to do it quickly,” Edwards said.

Cincinnati’s housing authority owns and operates about 5,300 housing units and serves about 11,000 more households through vouchers.  Atlanta has more like 22,000 households as clients either through vouchers, as residents of agency-owned communities or other programs.

Johnson got four votes, a majority of the board. A total five members were present; board member Angela Ramson abstained, saying she was still evaluating the candidates.

Before running Cincinnati’s housing authority, Johnson held the same post in Dayton, Ohio and has a total of more than 20 years of professional history in public housing.

There’s been fairly frequent turnover in the president and CEO post. Brandon Riddick-Seals has been interim AH leader since May 2018.  Riddick-Seals, who’s in development and construction in the private sector, had been a board member when he took over the leadership spot from Catherine Buell. Buell herself transitioned into leadership at the end of 2016 and left shortly after Mayor Keisha Lance Bottoms’ election and after a judge dismissed complaints brought by the authority in a high-profile case against Integral Development and related parties. Buell had taken over from Joy Fitzgerald, who had served as an interim leader for most of three years, was made permanent, then retired in late 2016.

That amount of turnover has destabilized the agency in some ways, said board member Charles Allen.

“Happy employees are productive employees”, Allen said. “He’ll be able to come in and get this agency stabilized so we can go about the mission and the business of providing safe, decent, sanitary and affordable housing.”