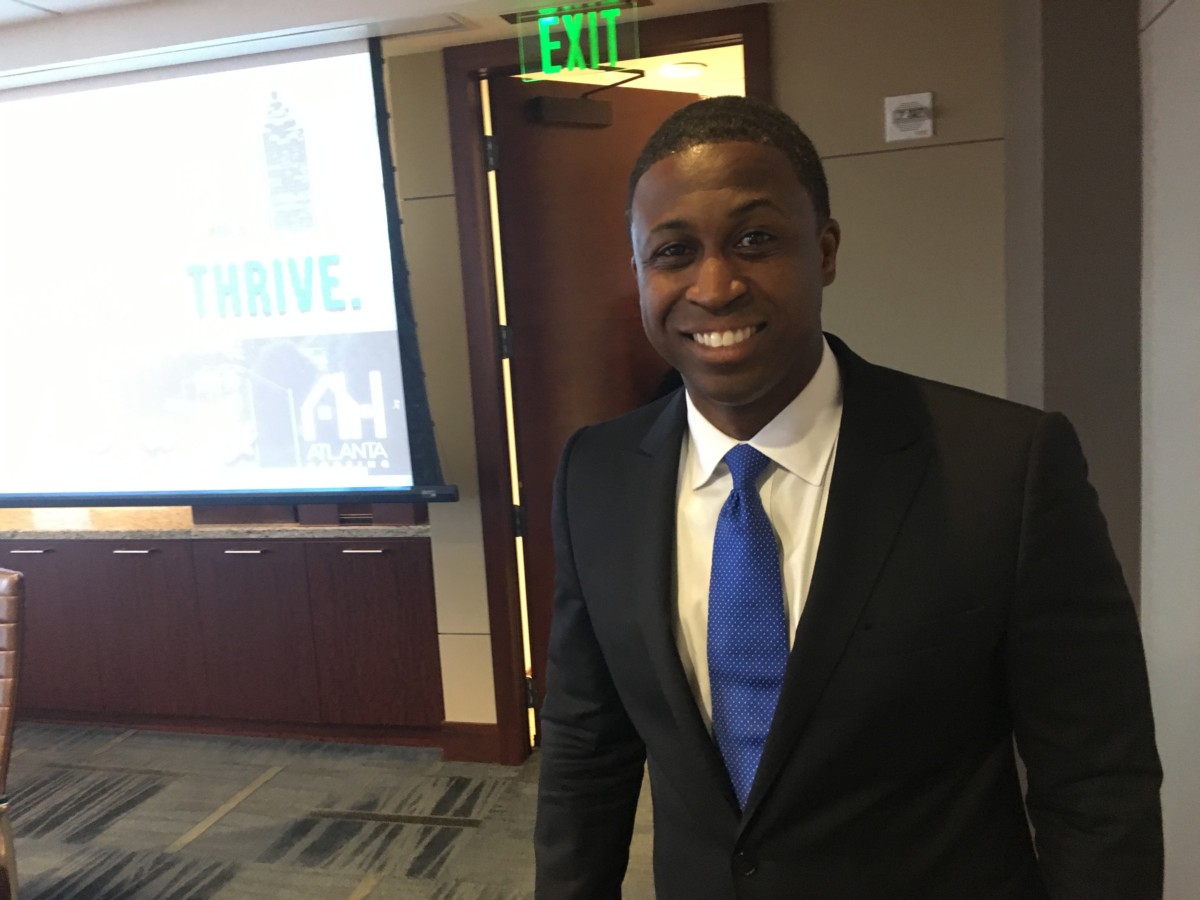 Brandon Riddick-Seals will take over leadership of Atlanta Housing as the authority searches for a permanent replacement for outgoing boss Catherine Buell. 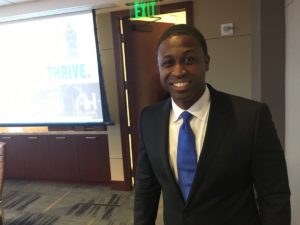 Brandon Riddick-Seals, is the business development manager for Brasfield & Gorrie, LLC. A board member of Atlanta Housing, he was voted the authority’s interim president and CEO on Tuesday. Credit: Maggie Lee

Buell turned in her resignation to the board last week.

His background is in the private sector, in development and construction, as the business development manager for Brasfield & Gorrie, LLC, according to the authority’s website. He’s been on the Atlanta Housing board for almost three years and is the most recent chair of its real estate committee.

He said he looks forward to getting to work and there’s a lot to be done.

Atlanta Housing counts some 22,000 households among its clients. It owns some developments outright and administers housing voucher programs. But it’s also a player in the real estate world, as a partner in mixed-income developments like the ones planned at at the Civic Center and in Vine City across from Herndon Stadium.

And he wants to see more development.

“As long as market rate housing outpaces affordable housing as it’s developed here in the city, I think its going to be very important that we make sure there’s a balance for the families, for the individuals who are working, that live inside of Atlanta not be displaced,” he said.

He said it’s the authority’s obligation to make sure that they do development on the land they already own as well as work in partnership with the city of Atlanta, its development authority and the federal Department of Housing and Urban Development.

Asked whether the authority needs to acquire more land, Riddick-Seals said the authority already owns a lot of land and they need to build affordable housing on it and that will be one of his first priorities.

He would not be drawn out on any possibility of a settlement of a lawsuit between the authority and Integral Development. Last year, the authority sued Integral and related parties to stop the developer exercising options to buy housing authority land. But a judge recently threw out the authority’s claims and let counterclaims by Integral continue.

Riddick-Seals simply said the authority is dealing with a number of issues, he trusts authority staff and will be briefed on those issues soon.

The board of the authority is going to undertake a nationwide search for a new, permanent president and CEO.

Buell is staying onboard as a consultant for six months to ease the transition to a new agency boss.

The contract she signed with the city in 2016 is set to expire in January, 2020. The contract says that Buell may terminate her employment with six months’ notice or as may be negotiated with the board.