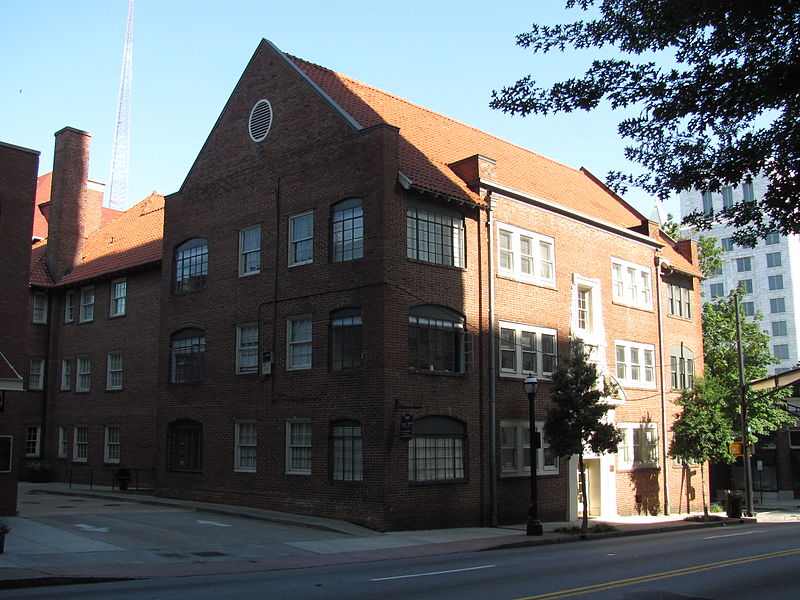 This story is the first in this month’s mini-series about Housing Choice Voucher (Section 8) program tenants who have trouble finding adequate housing. Read the second, on the perspectives of landlords who choose not to participate in the program.

Catherine Forston has been looking for a new apartment for months. The 61-year-old has tried to rent at nearly 10 different places but keeps getting turned down for the same reason: No Section 8 allowed.

Many people wait years to get off the waiting list for a Section 8 voucher, but when they finally receive one, it can be even more difficult to find suitable housing. A new study by the Center for Budget and Policy Priorities shows that, in most of the 50 largest metros, including Atlanta, families using housing vouchers continue to disproportionately live in poor, racially segregated areas, even when affordable homes exist in “high-opportunity” neighborhoods.

Many studies have shown that children living in mixed income areas leads to improved results, but, in Atlanta, many households receiving vouchers are concentrated in higher-poverty areas in neighborhoods to the west and south. In low-poverty metro Atlanta neighborhoods, almost 20% of the rentals are affordable to voucher holders, but they only make up 10% of the neighborhood. In higher-poverty metro neighborhoods, the inverse is true: A quarter of the rentals are affordable for voucher holders, but they make up nearly 40% of the neighborhood. Part of reason for this disparity, the study states, could be attributed to discrimination by landlords on the source of their tenants’ income. 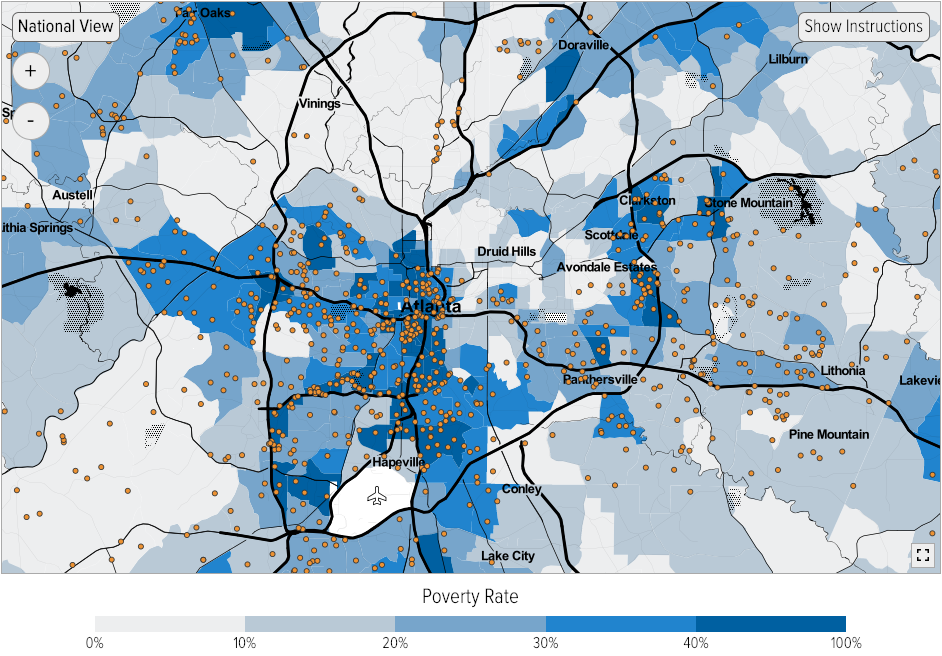 A recent U.S. Housing and Urban Development (HUD) study of five different cities found that many landlords don’t accept housing vouchers, and that they are more likely to deny voucher holders in low-poverty neighborhoods than higher-poverty areas, further tightening the rental options for voucher tenants. A quick look through local online housing listings usually illustrates the point: “NO SECTION 8 OR ANY VOUCHERS ARE ACCEPTED;” “Sorry, no vouchers.”

Forston is single and doesn’t have any children, so she’s looking for a one- to two-bedroom—often the tightest rental market in the metro area. Forston has a housing voucher from the Decatur Housing Authority and lives in an apartment in the southern outskirts of Stone Mountain. She says her apartment is not equipped for disabled people like herself—she suffers from chronic pain, high blood pressure, and gout—which is why she wants to move. She is far from a bus stop and cannot work, and she relies on federal assistance in the form of Medicaid and disability insurance but says she often still struggles to pay for basic necessities like food and toothpaste.

Because of her disability, Forston already has a difficult time physically looking for apartments, but source-of-income discrimination has made it even harder. At one point, Forston found a rental and started going through the application process, but as soon as the landlord found out she had a housing voucher, she says he decided not to rent to her.

Margaret Burgess, an attorney with Atlanta Legal Aid, advised her to ask for an extension, a common recommendation for their clients. “It’s hard enough for clients to find housing that will accept their voucher,” Burgess says. “Add on the fact that people often need units that are accessible—it can cause a problem.”

At another potential home, the landlord did not accept vouchers from Forston’s particular housing authority. While the Section 8 program is federally funded by HUD, it’s administered by local housing authorities in different jurisdictions, which often have their own requirements and regulations. For tenants and landlords in areas with many different jurisdictions, the different rules can be frustrating. “It’s ridiculous,” Forston said. “It doesn’t make any sense to me.”

In Atlanta, tenants have an initial search time of 60 days to find an apartment once receiving a housing voucher. If they need more time, Atlanta Housing will automatically extend their search time by another 60 days, said Tracy Jones, vice president of Atlanta Housing’s housing voucher program. “It is extremely challenging for our families who have a voucher,” Jones said. “For our disabled families, our elderly families, we almost literally give them as much time as they need, because it’s even harder for them to locate an accessible unit.”

While many landlords do accept Section 8, sometimes the housing is not adequate to live in. “Anecdotally, for a lot of clients with vouchers who are in housing, we often see issues with the quality of that housing,” Burgess says. “A lot of clients will come in with serious repair issues, like collapsing ceilings, flooding, mold, all kinds of stuff.”

Forston, like many others, is getting more and more desperate as the rejections keep rolling in. “I’m tired. I might give up,” she says, turning to prayer for help. “I don’t know anything else to do.”

Read the second story, on the perspectives of landlords who choose not to participate in the program. Are you a housing voucher tenant, landlord, or advocate? We want to hear your thoughts and experiences. Email sonam@saportareport.com.

Previous Article
2019…It’s OUR Time!
Next Article
Pain of a prolonged shutdown starts at the airport