Atlanta doesn’t have a state legislative agenda that’s been approved by the Atlanta City Council. That’s because then Mayor Kasim Reed didn’t present a proposed agenda to the council last autumn amid the buzz over the general and run-off elections, according to two members of the administration who spoke at Wednesday’s meeting of the city council’s Finance/Executive Committee.

This means 10 Atlanta’s lobbyists, some or all of whom are trying to convince lawmakers to enable a planned 2020 referendum to extend the 1 percent sales tax for upgrades to Atlanta’s water and wastewater system, are working solely under the purview of Mayor Keisha Lance Bottoms’ administration. Evidently, the council has not been brought into the legislative loop to push for the proposed sales tax extension.

“I’m not the only one who remembers that, ‘We’re done after this one,’” Shook said of the MOST extension that voters last approved in 2016.

“It’s just like taking tolls off of Ga. 400,” Shook said, referencing the state’s deferred promise to remove the toll once the highway was paid off. “’Hey! Remember that promise about ending the MOST? Let’s forget about that.”

Shook pursued a line of questions about how the city lobbyists are pursuing a legislative agenda that’s not been approved by the city council. The mayor’s deputy chief of staff, Katrina Taylor Parks, fielded the bulk of Shook’s questions.

“As far as I’m concerned, this council doesn’t have a 2018 legislative agenda that it has expressed its support for,” Shook said. 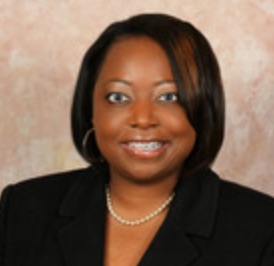 “You are right, but you will get a resolution next week … so you all can review it prior to it being read in on Feb. 5,” Parks said. Feb. 5 is the date of the next council meeting.

Moments before Parks responded, Shook’s question was answered by Melissa Mullinax a senior advisor to the mayor. She said the city’s chief in-house lobbyist, Megan Middleton, typically would have drafted a legislative agenda and delivered it to the council.

“I don’t know why that didn’t happen,” Mullinax said. “Megan’s not here today. She’s at the U.S. Conference of Mayors [in Washington].”

The conference on Wednesday cancelled a planned meeting with President Trump after the administration released on Wednesday a list of 23 sanctuary cities that may have records subpoenaed to determine compliance with federal programs. Atlanta is not on the list. A statement from the mayor’s office about the meeting did not mention Bottoms’ position on the decision to not meet with the president.

Before Shook posed his question, Mullinax had presented to the committee a list of pending or expected legislation that Atlanta’s lobbyists are monitoring. The matters include: 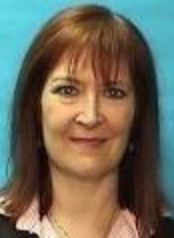 Atlanta now has nine contract lobbyists, plus Middleton, according to the state agency that monitors lobbyists at the state and local levels. The list of lobbyists, their pay for this year and the date they registered to represent Atlanta includes: