A rendering of BRT along Campbellton Road. (Special: MARTA.)

Transit decisions being made in Atlanta today will impact our city for generations.

One such decision was made by the MARTA board on July 14 when it voted to move forward with bus rapid transit (BRT) on Campbellton Road rather than light rail transit (LRT). The only board member who voted against BRT was Roberta Abdul-Salaam, MARTA’s vice chair.

The decision happened during the first week Marsha Anderson Bomar began serving as the City of Atlanta interim commissioner for the Atlanta Department of Transportation (ATLDOT). Bomar is a transportation professional with decades of experience. 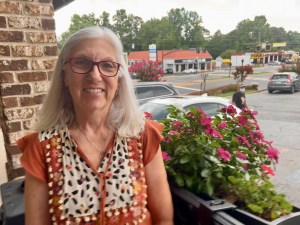 In an interview on July 16, Bomar spoke of leading ATLDOT during a period of transition. She succeeds Josh Rowan, who resigned at the end of June. Bomar, who turned 70 on July 17, said she is not interested in the permanent post. But she is ready to serve as long as necessary to find the right person for the position. She said she will do everything she can to push forward with the city’s transportation projects.

“I’m not a placeholder,” Bomar said. “I’m a doer. My nature is to implement.”

Bomar, who has met with Mayor Andre Dickens, wants to make sure the City of Atlanta takes full advantage of federal infrastructure dollars when they begin to flow to communities across the country.

“I’ve got an amazing team,” she said. ”We have a lot of talent and a lot of smart people.”

She said she wants to “fine-tune this new entity” to take full advantage of the opportunities to catapult transportation projects in the city.

“The team is very action-oriented,” she said, adding that she’s looking for ways “to allow for more execution to happen.”

One of the big complaints in the city has been around delays in getting transportation projects off the ground. The More MARTA program, an additional half-penny sales tax in the City of Atlanta passed in 2016, has collected more than $371 million.

The More MARTA program included light rail or streetcar lines on the BeltLine, Campbellton Road and the Clifton Corridor as well as extensions of the Atlanta Streetcar both east and west.

So far, MARTA has not invested any money on rail since More MARTA passed, and it was revealed a couple of months ago that the agency had spent half of the money collected on enhanced bus service rather than on the new transit lines.

And the longer MARTA doesn’t invest in new transit lines, the more expensive it will be to implement rail and the community will have to settle for BRT, which costs less upfront but has higher operating and maintenance costs long-term.

The vote for BRT on Campbellton Road was a case in point. Several members of the community argued against BRT for a variety of reasons. 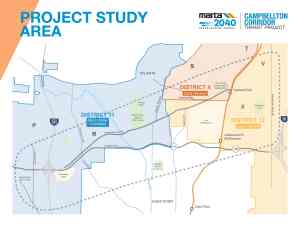 State Sen. Vincent Fort said that if MARTA voted for BRT on Campbellton Road, it would be betraying an African American community once again.

“I would implore you not to sell out the Black community once again,” said Fort, who added that the Campbellton proposal falls far short of what voters were told they would get. “It is not really BRT. It is an express bus.”

Brian Sumlin,, who lives in the Campbellton Road corridor, urged the board to delay making a decision on BRT at their board meeting saying it would make “the community settle for the lesser option.” He also said the community had not been fully engaged in the decision to shift from rail to buses.

“We think LRT would be the best option,” Sumlin said. “The streetcar mode is the effective mode with long-term cost savings. Please let us postpone this vote.”

Even former Atlanta Mayor Keisha Lance Bottoms weighed in when she spoke out on twitter against BRT saying: “Promises made should be promises kept. I pushed for this as a Councilmember and again solidified it as Mayor. To not take it away is an insult to SW Atlanta.”

MARTA board members, however, seized on the comments of Sherry Williams, a community resident who had just written a guest column in The Atlanta Journal-Constitution urging MARTA to approve BRT instead of light rail. Her main argument was that transit-dependent riders need better transit as soon as possible and that BRT would be faster and cause less disruption along the Campbellton Road corridor.

Reginald Snyder, a MARTA board member who represents the City of Atlanta, said Williams had spelled out the case for BRT very well. 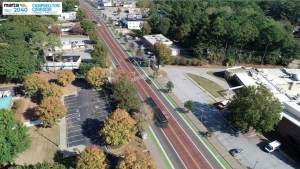 A rendering of the BRT project along Campbellton Road. (Special: MARTA.)

“I support anything that brings economic development and revitalization dollars,” Snyder said. “That’s why this is a historical moment.”

Actually, it is well understood among transit and city leaders across the country that economic development is triggered much more by rail lines and stations than BRT or express buses.

Robbie Ashe, another City of Atlanta representative on the MARTA board, applauded the decision to move forward with BRT as something he’s worked on for eight years.

“Today is a day that took longer to get here,” Ashe said. “I’m incredibly proud to cast a vote to move Atlanta forward.”

In an email explaining his vote, Ashe acknowledged he went into the process assuming he would prefer light rail.

“After years of study and discussion, I have become persuaded that if — and it’s an if that will require political will — we build and run it correctly, it’ll be significantly quicker and cheaper to build as well as just as effective at moving people rapidly as light rail,” Ashe said. “That corridor in particular has shown an affinity for bus ridership, and this represents a radical upgrade.”

Ashe went on to say he respects the integrity of the process, and he hopes the BRT proposal will attract significant federal dollars.

Meanwhile, MARTA is holding community engagement sessions on whether the Clifton Corridor Transit Initiative Project should be BRT or LRT, as originally proposed.

Here’s the dilemma. Now that MARTA has approved BRT for Campbellton Road, it will be less likely to support light rail for Clifton Corridor because it would be subject to criticism of having a more desirable transit mode for a mostly white part of the city when a Black community had to settle for buses. 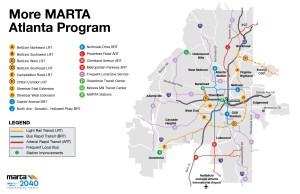 Again, that’s why this is such an important moment for the future of transit in Atlanta — whether we want to invest in the most attractive transit options or settle for a less desirable mode.

Having a seasoned transportation official at the helm of ATLDOT can only help the city navigate the choices and opportunities ahead of us.

Bomar, who did not weigh in on the BRT versus LRT debate, worked for MARTA until February as its assistant general manager for capital program delivery. She had her own transportation consulting firm — StreetSmarts — until 2010. Bomar also served on the Duluth City Council from 2006 to 2022, the longest serving councilmember in Duluth’s history.

Bomar, however, did say it might be possible to convert a BRT line to a streetcar or light rail in the future.

“From a technical perspective, it probably could be,” Bomar said. “I don’t have all the engineering info but generally there is a way to make that conversion.”

But Bomar’s top goal is to activate the new ATLDOT to get projects in motion.

“The leadership we have in place now has a tremendous collaborative spirit so even in a short time they have been in place, there have been positive changes,” she said. “There’s clear direction, and we are one team.”

Bomar also said she would be open to working with the city after a new ATLDOT commissioner comes on board, a process that could take four to six months.

“If I bring value, I’m certainly open to that,” Bomar said.

In the meantime, Bomar said she favors a balanced transportation system for Atlanta.

“There’s a need for every type of accessibility. There has to be a strategic approach to provide all modes of transportation – sidewalks, bike lanes, access to transit and access to schools,” Bomar said. “The question is how do we manage the automobile component so that it is a positive part of the array of our transportation modes.”