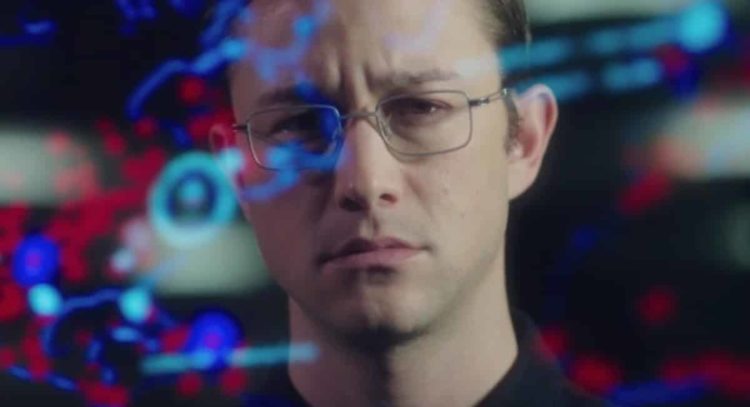 Joseph Gordon-Levitt makes it all the way through 'Snowden' without giving any indication that his character is anything but a self-less hero. Credit: bgr.com

“Snowden” is a snooze. 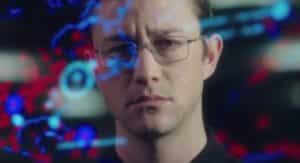 Joseph Gordon-Levitt makes it all the way through ‘Snowden’ without giving any indication that his character is anything but a selfless hero. Credit: bgr.com

Stone comes by his rep as a hot-button director legitimately. His movies stir people up. Sometimes rightly – “Platoon,” say, or “Salvador.” Sometimes wrongly – “Alexander” or “The Doors.” And sometimes, it seems Stone is being crazy just for the sake of drawing attention to his work – “JFK” comes to mind.

But with “Snowden,” Stone seems fresh outta crazy. Too bad, because a pop of his patented lunacy would’ve helped.

Joseph Gordon-Levitt stars as whistle-blower Edward Snowden, the computer analyst who used his skills to expose the level of secret civilian surveillance being practiced by both the CIA and the NSA.

Opinions vary widely as to whether Snowden, who currently resides in Moscow, is a hero or a villain. But Stone clearly sees him as the former – a true believer turned truth-sayer in the mode of Tom Cruise’s crusading antiwar veteran in “Born on the Fourth of July.”

The director is certainly entitled to his opinion, but his choice drains the movie of its energy and narrative thrust. Snowden’s a total good guy here, so good he tried to enlist in the military – a dream that was squashed when he broke both his legs in a mundane accident. 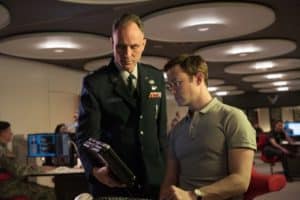 In ‘Snowden’, the whistleblower decides that the war on terrorism is a ruse to conduct secret surveillance of U.S. citizens on their homeland. Credit: teaser-trailer.com

So he ends up in surveillance, with mentors like gung-ho Rhys Ifans (in a Skype session, he looms over Snowden like the Wizard loomed over Dorothy and pals in “The Wizard of Oz”) and Nicolas Cage, a disillusioned Old Schooler who challenges Snowden to “find the terrorist in the Internet haystack.”

Snowden finds the enemy, all right. And it’s not necessarily terrorism. Rather, he realizes that terrorism is just an excuse for the massive surveillance; that it’s actually about social and economic control.

Or as that wise comic-strip possum Pogo once said (look it up, millennials), “We have met the enemy, and he is us.”

Aside from some scattered tense moments – a colleague helps Snowden hide what he’s doing from a manager – the movie blandly insists that here’s a hero and we should acknowledge him as such and etc., etc., etc. 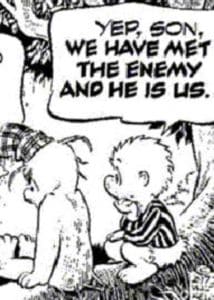 Yet that’s exactly how the picture does Snowden a disservice. Neither Stone nor Gordon-Levitt wants us to see their hero sweat. Instead, they opt for one-note hero worship, with a healthy gloss of mid-‘70s conspiracy-theory cinema.

It could be that, the stronger your opinion about Edward Snowden, the more engaged (love or hate it) you might be with “Snowden” But this is not the sort of powerful paranoia-picture Stone has long ago proven he’s the master of. This is a movie that ends with a journalist (Tom Wilkinson with a Scottish burr and bursting with integrity) handing Snowden a heartfelt blessing: “I’ve met a lot of astonishing people on my life, but you!!!”

It’s that “astonishing” Snowden we never get to see, the conflicted and tortured one who’s truly torn between his patriotic belief in his country and his personal belief in what is right and wrong. Now there’s a story that some passionate director – say, someone like Oliver Stone – should tell.