Breaking through the race barrier in corporate America still a challenge 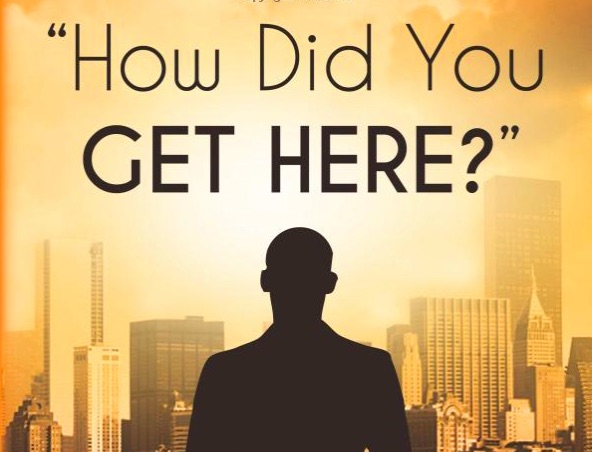 By Guest Columnist WILLIAM T. PARKER, a seasoned executive who has just published a book about his career: “How did you get here? One Black Man’s Journey through White Corporate America.”

How did you get here? It’s a question often asked of people who appear in places and in situations usually assumed to be reserved for the privileged classes.

When I hear the question, I believe it is always aimed at trying to discern how a specific individual got “through the barriers”. I surmise that the person posing the question wants to determine what they need to do to “plug the hole.” 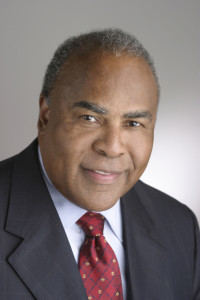 I felt the need to write this book for two reasons.

First, I became aware that most white people never encounter a black person in their daily lives in other than subservient roles, and this lack of interaction prevents us from looking at societal problems without stereotyping each other.

Second, most writings on the subject of racism never discuss the impact of racial bias on white people, and I cite several examples where it has had tremendous economic impact.

I believe people who have never experienced the effects and subtleties of racism really don’t believe a racial problem exists. They certainly can’t fathom themselves as racists, and I agree for the most part they are not.

Society has been so structured that the thought of racism never enters into the consciousness of most white people unless they are expressing a negative stereotype.

Whites are keenly aware of the position of privilege they occupy relative to black people in society but never acknowledge this openly. They want to maintain an aura of “equality” but this is a false premise.

Many people express the desire to overcome the “problem,” but profess ignorance as to how to do so. The power structure wants to pretend to rely on the educational system while eviscerating the schools and maintaining segregated economic systems which limit access to economic resources.

I believe one solution is for whites to openly and honestly acknowledge their privileged status, and then they should get out of the way of other people who are simply aspiring to achieve a similar level of success. 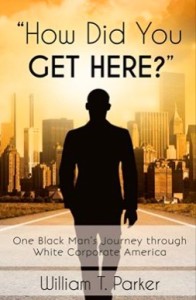 Book cover of “How Did You Get Here? One Black Man’s Journey through White Corporate America”

This book chronicles my career as one man who achieved unprecedented and unexpected success in the corporate environment at a time when African Americans were a rarity in that setting.

A superior educational background achieved in segregated school systems, audacity, and the fortitude to maintain a sense of parity with his white peers, in the face of overwhelming obstacles, propelled the author to significant achievements in corporate America.

There are several instances discussed, in the book, where overt racial bias cost more than one major company, very large sums of money directly due to expressed prejudices by some of their employees.

In one case, a company lost a $100,000,000 account. Another company lost a virtual monopoly position in a major product line costing them hundreds of millions of dollars, by sticking to their biased mannerisms.

Since arriving in Atlanta, as an entrepreneur, I have found it to be an interesting part of my journey. Atlanta was my first experience in the South as an adult, and it was here that I first experienced blatant discrimination from black people.

But Atlanta has a dark underbelly. While blacks exhibit the appearance of success, I suspect that the success exhibited is a “false front.” 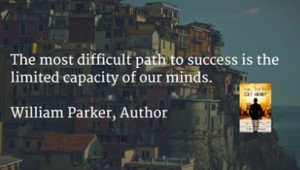 Large numbers of African Americans exhibit a semblance of having “made it,” but in reality blacks are not allowed to participate at the higher levels of the economic structure in Atlanta.

Now there are exceptions to every statement, and there is anecdotal evidence of a few people who are achieving great financial success. But these folks are not usually found in the upper ranks of large businesses as opposed to people in the entertainment and athletic sectors.

In order to demonstrate this point, I had a discussion recently with a colleague, and I said that even if I had the financial wherewithal to purchase almost any of the downtown, Midtown, or Buckhead office towers, I don’t believe that I would be allowed to do so. My colleague attempted a rebuttal, but ultimately agreed.

I hope the stories shared in my book will at least stimulate some dialogue on the issue of racism in America, which continues to be a very big problem.

If this problem cannot be solved in Atlanta, which still purports to be a shining beacon for the disadvantaged people in American society, then we are in for a very long winter of discontent.

Note to readers: William T. Parker had successful tenures as sales promotion manager for Photographic Film in the USA and Canada for the Eastman Kodak Company; brand manager for E&J Gallo Winery; president of the Marketing Forum, Inc.; and president of ABG Financial Services, Inc. He is a 35 year resident of metro Atlanta.