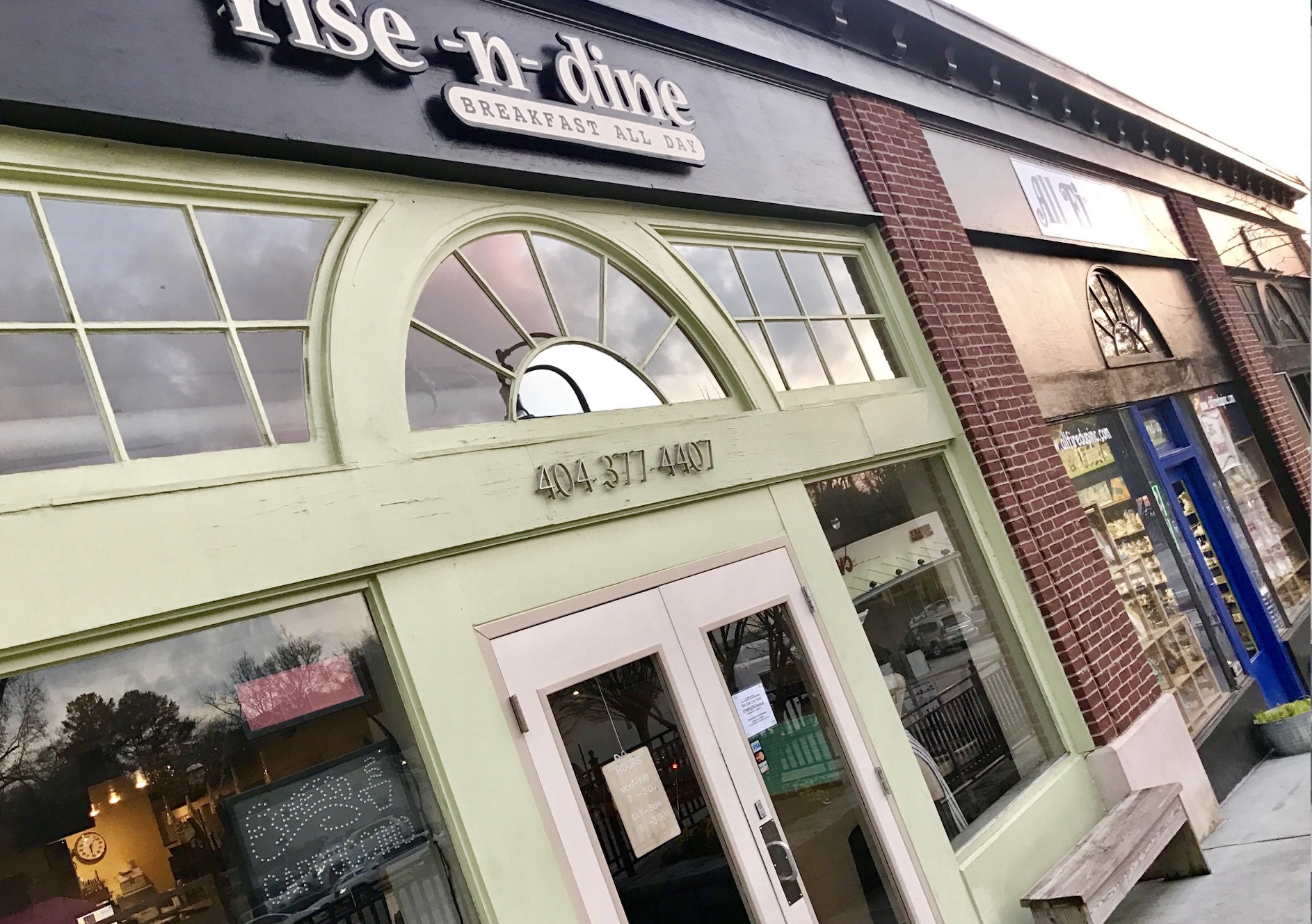 Beneath the rolling hills of the Druid Hills area is public water system that dates to 1909 and has such low water pressure that fire suppression is a major concern. DeKalb County on Sunday started the process of replacing 8.5 miles of pipes that likely will cause intermittent bottlenecks along Briarcliff Road and neighborhood streets for two years. 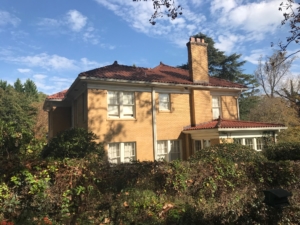 Fears of being called to fight structure fires while water pressure is weak along the Briarcliff Road corridor have prompted DeKalb County to send water tankers to all such fires until water pipes have been replaced in a job that started Sunday. Credit: Kelly Jordan

Fears of a structure fire that can’t be contained are so real the county has decided to send a water tanker to all such fires and have other tankers in reserve. The tankers are to augment water supply from the water mains, in the event water pressure is too low to meet the fire trucks’ needs.

A vehicle with 500 gallons responds to every structure fire. The county has purchased two water tankers, each with a capacity of 3,000 gallons, to send to each structure fire on an as-needed basis. DeKalb has arranged with neighboring fire departments to borrow additional water tankers as needed, according to the county’s presentation at an Aug. 29 meeting at Fernbank Elementary School.

In addition, a water tower located along Clairmont Road was reopened in order to boost pressure in the water system.

Potential traffic gridlock along Briarcliff Road is another major concern. Portions of Briarcliff Road near its intersection with Ponce de Leon Avenue served about 22,000 vehicles a day in 2017, according to a traffic count by the Georgia Department of Transportation. Briarcliff is a state highway, Ga. 42.

To ameliorate congestion, DeKalb has collaborated with the Georgia Department of Transportation to expedite permitting and traffic control measures. DeKalb’s Emergency Management Agency is involved in the project, according to a report from the county.

The traffic management plan calls for: 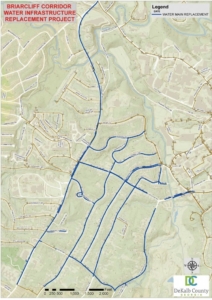 The issue of low water pressure has dragged on for well over a decade, according to a report. The volume of complaints escalated in May and June, which prompted the county to determine the time had arrived to replace water pipes in the area.

“Resolving water pressure issues in the Briarcliff and North Decatur area is a top priority for DeKalb County Government,” DeKalb CEO Michael Thurmond said in a June 4 statement. “DeKalb County is committed to fixing these longstanding problems and has directed significant resources to get the job the done.”

The project is expected to cost about $20 million.

Note to readers: DeKalb County has provided this contact information regarding the project: “For general project updates or information, contact the DWM Project Information Hotline at 1-800-986-1108, Monday through Friday, from 8:30 a.m. to 5:00 p.m., or email: [email protected] However, if you have a water service emergency, please contact DWM dispatch at 770-270-6243.” 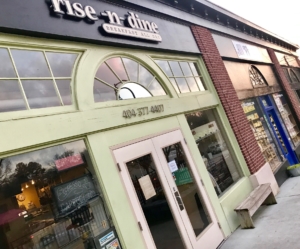 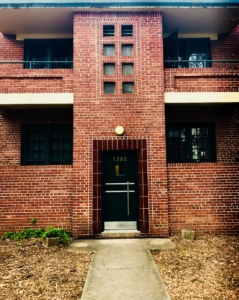 Apartments along Briarcliff Road are among the residences that have struggled with low water pressure stemming from the old system of water mains. Credit: Kelly Jordan 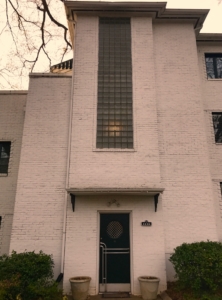 Briarcliff Road was among the areas to be developed with apartment buildings as Atlanta grew in the 20th century. Credit: Kelly Jordan