‘Bridget Jones’s Baby’ reminds of endearing ‘Diary’ without finding itself 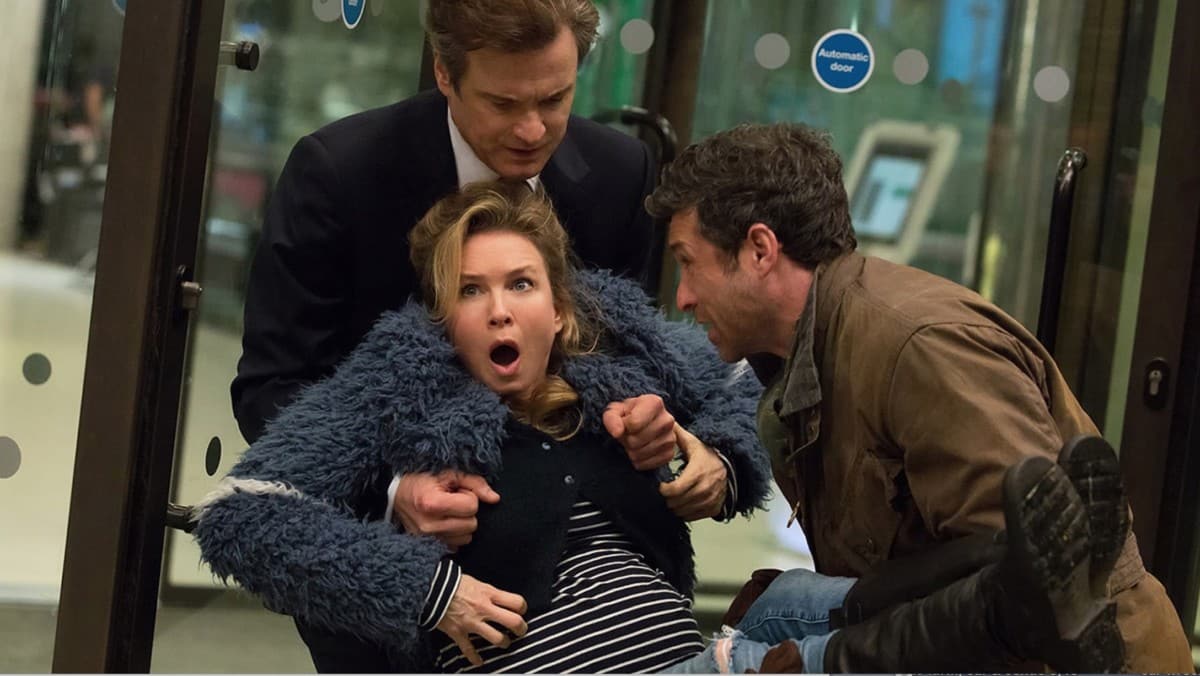 When we last saw Bridget Jones (2004), she was singleton no more, having finally found Mr. Right, aka, Mr. Darcy. But that was a dozen years ago and in “Bridget Jones’s Baby,” we (and she) are apparently back where she (and we) started: Sitting alone in her flat on her birthday, gobbling down a cupcake with one candle on it.

No, this isn’t the bad old days of self-loathing calorie-counting notations in her infamous diary. Bridget (Renee Zellweger) has another sort of female trouble, the sort you can’t diet away. 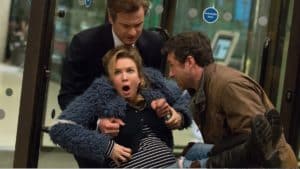 Renee Zellweger is the main reason ‘Bridget Jones’s Baby’ works as well as it does. Colin Firth (left) delivers a welcome performance and Patrick Dempsey performs as a wealthy dating guru. Credit: etonline.com

That is, she’s over 40 – 43, to be exact – and that makes her less, well, marketable on the marriage market. (If she lived in Hollywood instead of London, Bridget’s past-due date would’ve been about 36).

But … what happened to happily-ever-after with Mark Darcy (Colin Firth)? Well, they stayed together for a decade, and, for reasons never made very clear, broke up. Since then, he’s gotten married and she’s gotten a better job at the cable news station where she works.

Unfortunately, she’s also got a new boss who’s the very model of a modern major (read, monstrous) millennial.  Her idea of a good news story: Could your freezer be giving you Alzheimer’s?

Anyway, Bridget and Darcy run into each other again at the funeral of world-renowned womanizer Daniel Cleaver, the character played by Hugh Grant in the earlier pictures. (In one of the film’s best jokes, they note the high percentage of young puffy-lipped Eastern European models among the mourners.)

Sparks fly, but there’s that wife….

So, when Bridget’s bestie (Sarah Solemani), a newscaster at the station, invites her to a music festival, our girl accepts. The idea is to get her back in the game and sure enough, she hooks up with Jack (Patrick Dempsey), a dishy zillionaire dating guru.

Then Darcy comes back into her life and, just as the title says, Bridget is preggers.  Happily so, apparently, since the C Word (Choice) never comes up. (This wouldn’t matter very much if there had been any indication whatsoever that Bridget was hungering for a baby … but let’s face it: No baby, no movie.)

‘Bridget Jones’s Baby’ begins where we remember meeting Renee Zellweger’s character: Alone with a cupcake with a candle on top. Credit: thatsitla.com

And the father is … ? Well, now we do have a movie – albeit one rather reminiscent of “Mamma Mia!” since both potential daddy’s are ecstatic at the prospect of fatherhood.

Fortunately, Bridget’s sheer joy about having a baby is infectious. When, mid-sonogram, she asks her doctor (Emma Thompson who co-wrote the script), ‘Is that an ear or a foot,” that’s just the sort of endearingly goofy Bridget we remember.

Because, whatever the movie’s numerous faults, it’s nice to have Zellweger back on screen (it’s been six years). She transforms a fuzzy, uneven script into something that’s seemingly effortless. She’s the reason the movie works (when it does – fitfully).

Firth, of course, is always welcome. The difference between his movie-star charisma and Dempsey’s lesser TV-star magnetism is as self-evident as it is instructive.

“Bridget Jones’s Diary” kinda sorta gets the job done. The problem is, you may not especially respect – or even be interested in – the job it’s doing. A back-handed compliment for an oddly backwards movie.