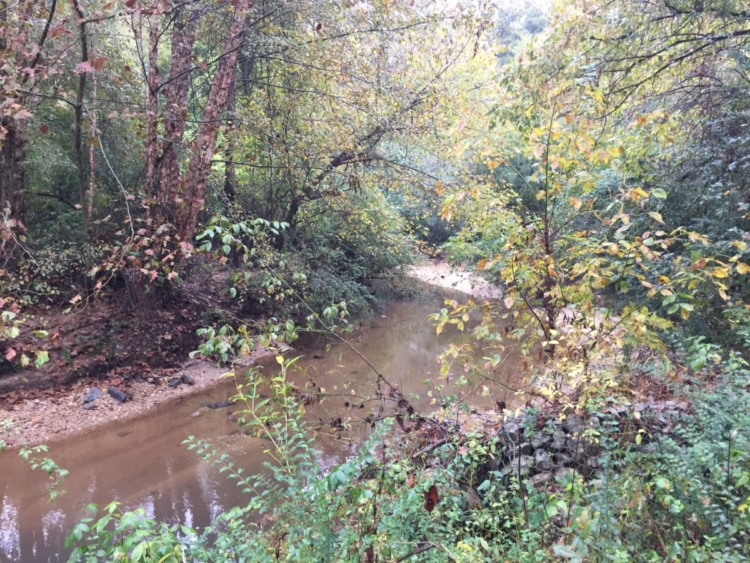 Engineers from the Union Army noted a tributary in north Fulton County running into the Chattahoochee River as “Mans Cr” or “Mars Cr” on 1864 maps. The Union Army used these maps during military skirmishes in the metropolitan Atlanta area against Confederate soldiers during the Civil War (1861-1865). 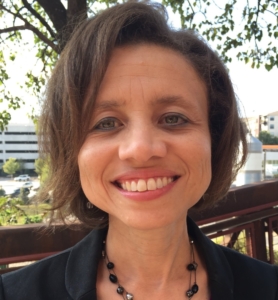 By 1872, Fulton County maps clearly designate this waterway as Marsh Creek along with regional creeks, such as Nancy Creek and Proctor Creek. The north community in Fulton County in the area of Marsh Creek dubbed Sandy Springs remained rural until the 1960’s.

With the construction of I-285 in the 1960’s and Ga. 400 by the 1990’s, the then-unincorporated community of Sandy Springs gained a stronger connection into the region, attracting new residents and businesses into the city. Today, Sandy Springs is the home of the headquarters of companies including UPS, Focus Brands, Mercedes-Benz, and Cox Enterprises. Abernathy Road, a major east-west corridor running parallel to Marsh Creek into the city of Dunwoody, has been the recipient of some of the strongest growth in Sandy Springs, creating an ideal live-work-play environment for residents and visitors.

To enhance mobility and the quality of life along this bustling corridor, the nonprofit Sandy Springs Conservancy is spearheading the development of the Marsh Creek Trail along Abernathy Road in partnership with the City of Sandy Springs It’s envisioned as the initial stage of a city-wide trail system. 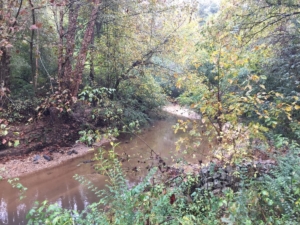 Ashton Woods Division President for Land, Mike Busher, with the Aria development, describes the Marsh Creek Trail as, “a beautiful amenity that can build physical and civic connections in Sandy Springs. We are excited about the continued progress of the park and look forward to the eventual dedication to the City of Sandy Springs.”

The Sandy Springs Conservancy envisions subsequent expansions of the Marsh Creek Trail to reach significant destinations and communities in the city. Trail users could walk or bike from Marsh Creek, read about interesting history and environmental features of the area on educational signage, and use the city-wide trail system to reach the City Springs Performing Arts Center, MARTA Stations at the Medical Center and at North Springs, businesses in the Perimeter Community Improvement Districts, and Morgan Falls Overlook Park, a 30-acre park along the Chattahoochee River developed with support from our organization. 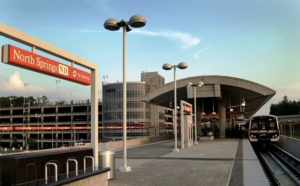 MARTA’s North Springs Station is to be connected by a future trail to other destinations in Sandy Springs. Credit: Sandy Springs Conservancy

Tapping into our regional outlook, the Sandy Springs Conservancy is championing a city-wide trail system. It’s to start with the Marsh Creek Trail and connect to PATH400, the Atlanta BeltLine, and neighboring trail systems. Sandy Springs would link by trails southward to Atlanta, eastward to Dunwoody, westward by the proposed pedestrian-bike bridge to Cobb County, and northward to Roswell – thereby creating a regional trail network in the northern Perimeter region. Bicyclists in Cobb County, for instance, could cross a pedestrian-bike bridge over the Chattahoochee River, enjoy the trails in Sandy Springs, and trek to Dunwoody.

As the Georgia General Assembly conducts its 40-day session, the Sandy Springs Conservancy looks with interest how the transportation challenges in the State of Georgia are addressed. Last year’s session culminated with the creation of the ATL regional transit agency to advise and support regional coordination for local bus and transit systems and to ease travel by car, bus, or train. However, to fully address the complex issue of transportation in the region, state officials should explore a myriad of solutions to the complex issue of transportation in our state. 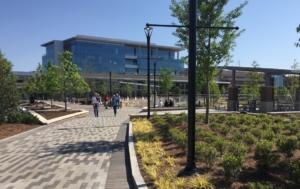 City Springs is a cultural arts destination in the heart of Sandy Springs that could be accessed by a planned citywide trail system. Credit: Sandy Springs Conservancy

Legislators could foster mobility within cites and the region by encouraging and incentivizing trail projects, along with transit ones, across metropolitan Atlanta. With coordination, trails for walking, biking or, where permissible, even scooting could help riders to reach their final destinations across municipalities and beyond the transit stations reinforcing the goals of last-mile connectivity.

City-wide trail systems, such as the one proposed to start at Marsh Creek, should be viewed as more than just solutions to local transportation issues: Trails can be significant pathways to regional mobility.

Note to readers: An architect with extensive nonprofit experience and a longtime guest columnist for publications including The Saporta Report, Sandy Springs Conservancy Executive Director Melody L. Harclerode, FAIA was elevated as a Fellow by the American Institute of Architects in 2018 for the local and national impact of her advocacy, writings, and leadership. 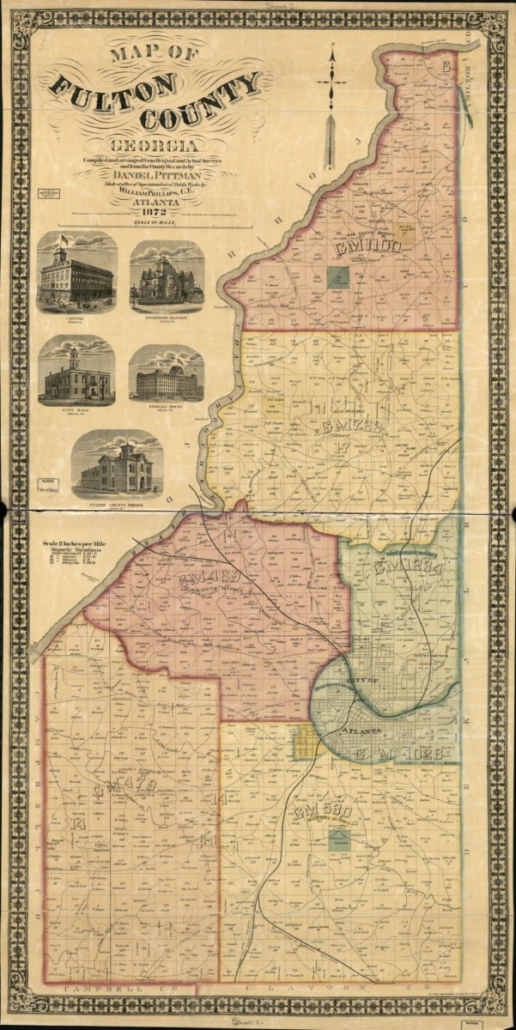 Marsh Creek appears on the earliest maps of Fulton County, including this 1872 version that’s festooned with drawings of significant structures. Credit: Library of Congress 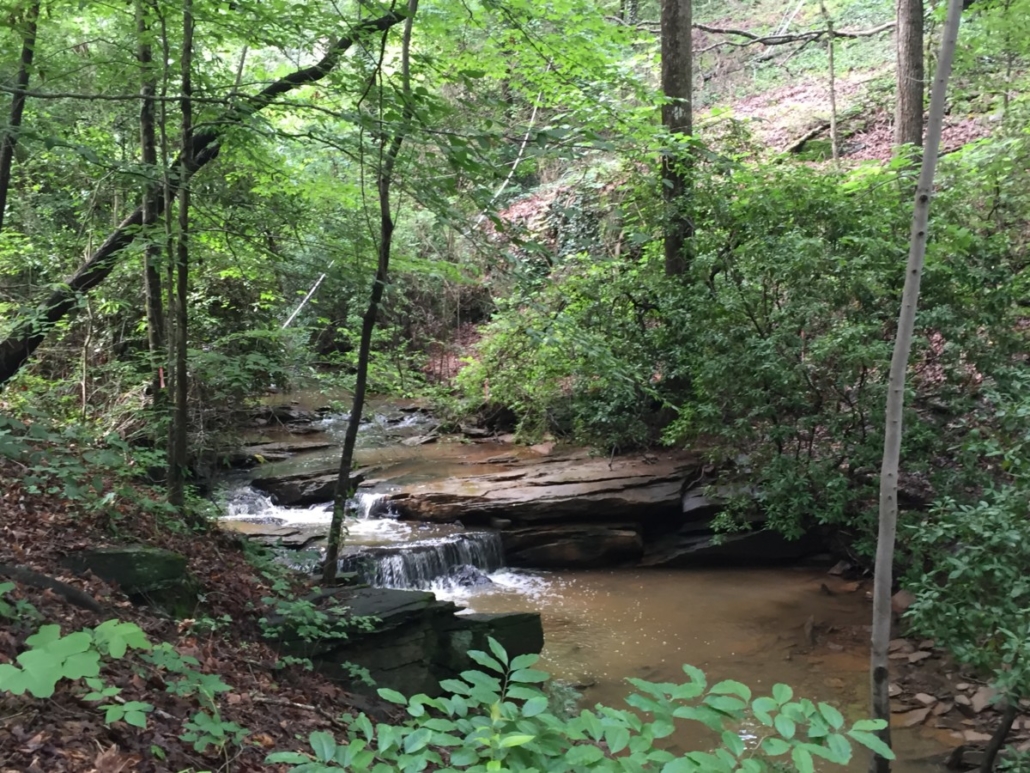 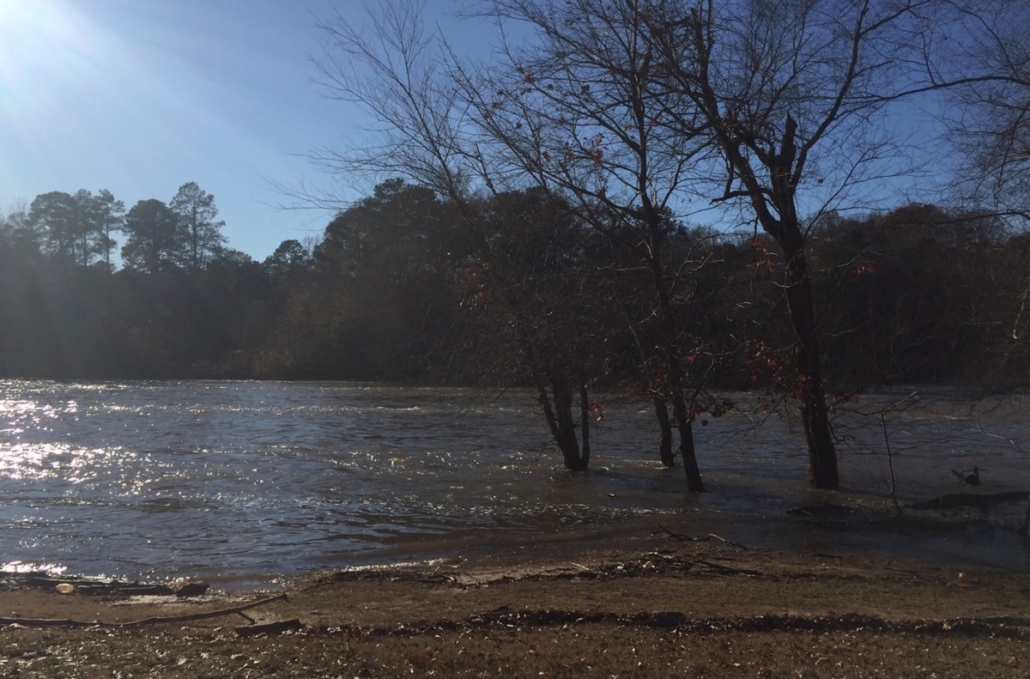 The Chattahoochee River forms the western border of Sandy Springs and a pedestrian bridge proposed in 2003, if ever built, could improve connectivity for pedestrians and bicyclists north of I-285. Credit: Sandy Springs Conservancy