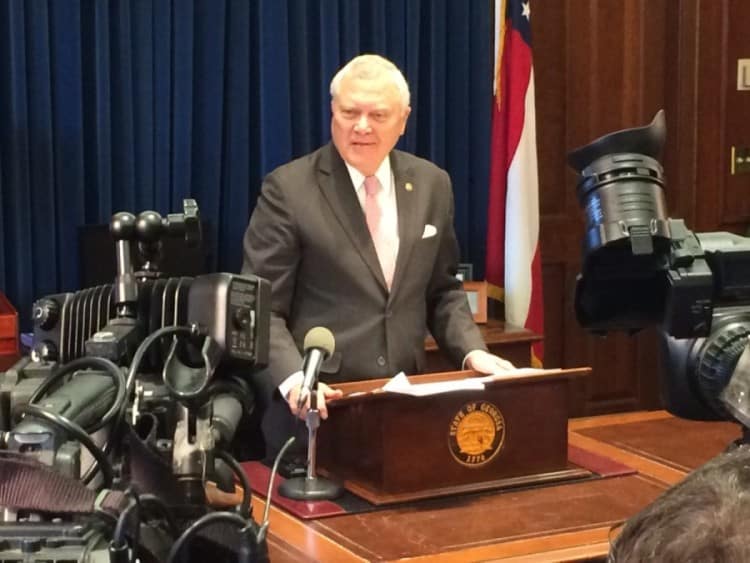 Business leaders Monday were quick to applaud Gov. Nathan Deal’s decision to veto of HB 757, even though many expressed concern that the controversy over “religious freedom” legislation would not be going away.

“The Georgia Chamber agrees with Governor Deal’s thoughtful reasoning to veto HB757,” according to a statement from Hank Linginfelter, an executive with AGL Resources who is the 2016 chair of the Georgia Chamber of Commerce.

“While we thank members of the General Assembly for their efforts to find a balanced approach, we believe this action ensures that Georgia continues to be a welcoming state to live and do business.” 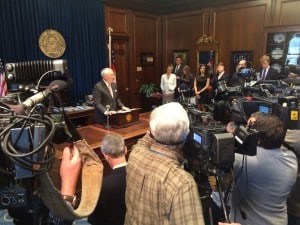 Chris Clark, CEO of the Georgia Chamber, said the business community was pleased by the governor’s decision.

“At the end of the day, the governor is right – that Georgia should continue being a welcoming place for everyone,” Clark said. “There was a general appreciation for the difficult decision that the governor had to make.”

The Metro Atlanta Chamber, in a statement after the governor’s press conference, stated:

“We applaud Governor Deal for his courage in vetoing HB 757. In doing so, the Governor confirmed that there is no place in Georgia for legislation perceived as allowing for discrimination,” the statement read.

“His thoughtful deliberation and consideration on this issue has led to an outcome that preserves Georgia’s positive business climate, encourages job growth and sustains our quality of life, and is truly in the best interest of all Georgians. Governor Deal has made it clear that Georgians value both our rich faith traditions and our place as a global destination for businesses and visitors alike. We share his vision of Georgia as an inclusive, welcoming state and support his decision in this important debate,” the statement concluded.

Coca-Cola also issued a statement that was not attributed to one of its executives: 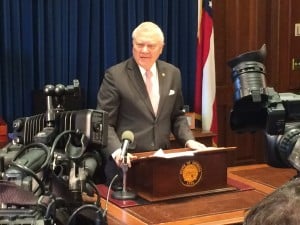 “As a believer in an inclusive world, Coca-Cola values and celebrates diversity. And as a Georgia-based business for more than 129 years, we have a history of supporting efforts to bring growth to our home state. We support Governor Deal’s decision to veto HB 757. His action maintains Georgia’s reputation as a top state in which to do business and fosters diversity, unity and respect among all people,” the Coca-Cola statement read.

“We believe Governor Deal’s decision was the right one for Georgia,” Jewkes wrote in an email.

William Pate, president and CEO of the Atlanta Convention & Visitor’s Bureau, showed appreciation for the governor making a quick decision on the issue, that had put a cloud over Georgia’s ability to attract several potential business prospects.

“ACVB thanks Governor Deal for his deliberate and swift action on HB 757,” Pate said in his statement. “His decision will sustain Georgia’s position as the No. 1 state in which to do business and will benefit all Georgians for years to come.”

But, shortly after Deal announced his decision, the proponents of the bill insisted they were going to continue to try to get Georgia to pass legislation on religious freedom.

According to a tweet, Georgia Sen. Mike Crane announce he wanted to bring lawmakers back into session to override the veto of HB 757.

It takes three-fifths of the legislature agreeing to call a special session, and it would take a two-thirds vote to override the governor’s veto.