Update: The Atlanta Housing Authority met on Feb. 26 after this column had been published, and it voted unanimously to approve an amended settlement with Integral and its partners. After the vote, AHA Chair Chris Edwards said: “Hopefully we’ll get out of the lawsuit business. It stops millions of dollars currently being spent on expensive litigation.”

The board of the Atlanta Housing Authority on Feb. 21 unanimously decided to continue litigating against the Integral Group and its development partners (Urban Realty and H.J. Russell) rather than accept a settlement that had been negotiated by Eugene Jones, the new CEO of the authority – a leader who has worked for more than 35 years in the public housing arena.

The bottom line is that AHA’s latest decision means the authority would rather spend money on lawyers than developing much-needed affordable housing in Atlanta.

So how did the authority end up going down such a losing path? 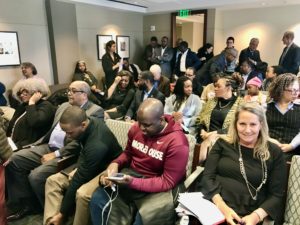 The former mayor did everything he could to get rid of Glover and to push Perry out as a co-developer in transforming several former public housing projects into mixed-income communities.

Reed even tried to destroy Perry’s reputation when he was serving as chairman of the federal Fannie Mae board by sending a scathing letter making various erroneous accusations.

Much to Reed’s dismay, the investigations not only revealed nothing incriminating, it showed Glover and Perry had stellar reputations. That still didn’t stop the former mayor from getting the city (and his puppet board at AHA) to file lawsuits against Glover and Perry.

Unfortunately for the city and AHA, they have lost repeatedly in court –  dismissing their cases. The courts even gave Integral permission to pursue a counter claim against AHA for breach of contract. That includes Integral and Glover getting reimbursed for their legal expenses.

These lawsuits have cost AHA and the city multi millions of dollars in legal costs – and it is unclear how many millions have already been spent.

When Jones came on board, he said he wanted the authority to settle the outstanding lawsuits so the agency could focus on its mission of building affordable housing in the city of Atlanta – something that had come to a complete stop during the Reed administration. 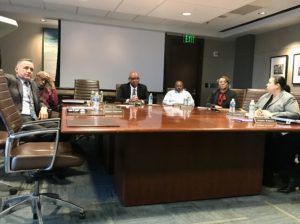 Less than two months after he arrived, Jones brokered a $1.3 million settlement with Glover, an action that was approved by the board on Nov. 21.

And less than a month later, Jones announced a settlement agreement with Perry. It finally looked as though the authority was going to get back to its mission of building more affordable housing in Atlanta. According to people close to the situation, Atlanta Mayor Keisha Lance Bottoms and her administration urged the board to approve the settlement with Perry.

A brand new AHA board member – Kirk Rich – lobbied his fellow directors to vote against the settlement. Rich, who has been on AHA’s board for about three months, had been a Reed appointee on the Invest Atlanta board.

“We came in with fresh eyes,” Rich said. “We did not come here with a previous relationship.”

Rich defended the decision and mounting legal costs to continue the litigation by saying AHA is “70 percent of the way there” in its legal fight. “We believe in the fight,” Rich said. “And we believe we’ll prevail.” 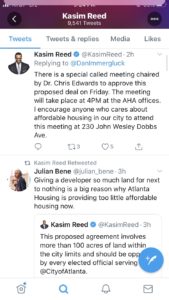 What is not yet totally clear is the role former Mayor Reed is playing in this bloody mess.

Reed tweeted urging anyone who cares about affordable housing to show up at the board meeting, incorrectly stating the settlement involved “more than 100 acres within the city limits” (79 acres is the correct figure). And he said the settlement agreement “should be opposed by every elected official” in the city.

Let’s be clear. The agreement would have created at least 389 new affordable units on the four pieces of land adjacent to developments Perry and his partners had already developed. That would be 19.1 percent of the 2,035 units in the plans – a greater percentage of any city requirement for affordable housing.

And instead of being against affordable housing, Perry has been the city’s top developer of affordable units for decades. Of the four sites that have already been developed, 2,500 units of housing have been built with 1,840 of them (74 percent) super affordable units – serving households with an average income of 40 percent area median income (AMI). Affordable housing goes all the way up to 120 percent AMI.

But the current AHA’s board would rather talk about affordability than actually do something. They decided to reject the settlement agreement before listening to comments from the public. Former Mayor Reed stood in the back of room with his arms crossed – giving the perception he was still running the board.

When the people actually began to start talking, everyone questioned the authority’s move to reject the settlement and for making a decision before listening to public comment. 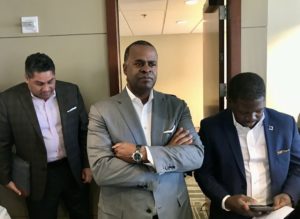 Even Julian Bené, also a former Invest Atlanta board member who has opposed sweetheart deals for developers, told the authority: “If you have a legal liability, then you have a fiduciary responsibility to just go with it (the settlement agreement). To drag out a legal proceeding for something where your chances of prevailing are very low is simply imprudent.”

Others speakers were more pointed.

“Mayor Reed, his hands are not clean in this,” Fort said. “Something is rotten in the cotton.”

This decision last Friday by AHA’s board is a really sad turn of events. We should be starting a new day with a new CEO of AHA. My biggest fear was that Jones would resign. After all, the board decided to side with a board member with less than three months experience in public housing rather than supporting a professional with more than three decades of experience in the field.

So, I was super relieved when Jones told me: “I’m dedicated to Atlanta. I’m not going anywhere.”

Still, AHA’s move feels like the “Ground Hog” movie where we keep reliving a dysfunctional storyline. We live in a city where our housing authority would rather give money to high-priced lawyers than developing new affordable homes for its residents.