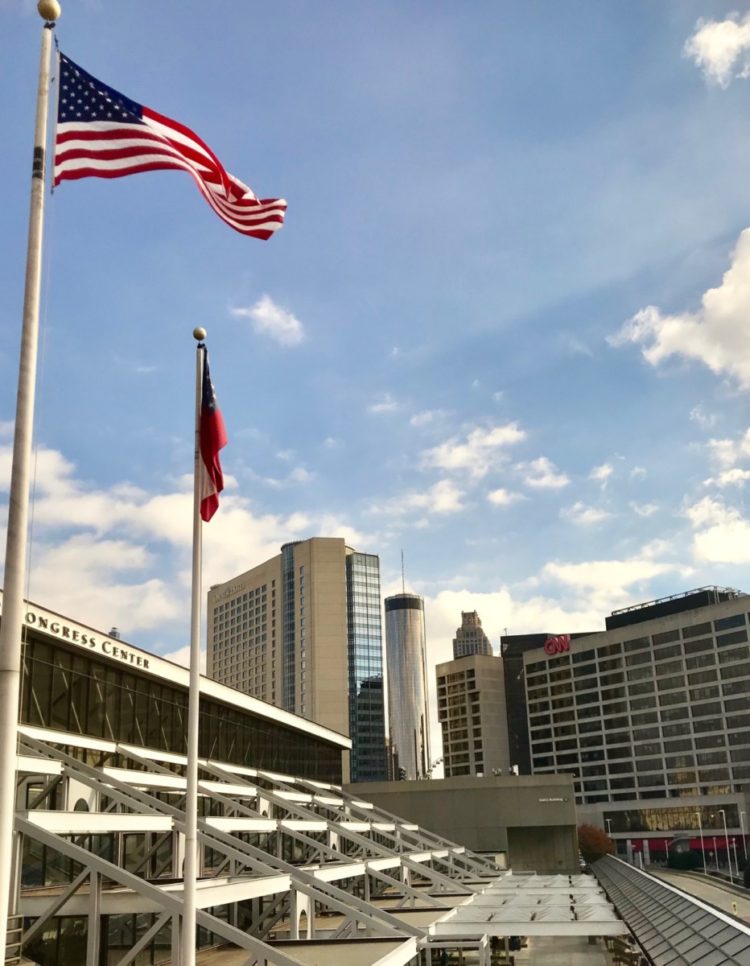 Federal funding to Georgia from the CARES Act is intended to help pay for public health items such as the temporary beds set up at the Georgia World Congress Center. Credit: Kelly Jordan 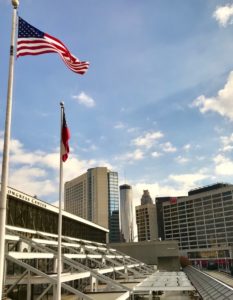 Federal funding to Georgia from the CARES Act is intended to help pay for public health items such as the temporary medical beds set up for COVID-19 patients at the Georgia World Congress Center. Credit: Kelly Jordan

These figures are significant in the current debate in Congress over the amount of any additional federal relief for states and local governments related to COVID-19. Democrats and Republicans are to resume talks Monday; House Speaker Nancy Pelosi and White House negotiators indicated on Sunday morning talk shows no middle ground is in sight.

One discussion point is the degree to which the $150 billion previously provided to state and local governments has already been expended. Months after the funding was provided, the national rate of spending is 26 percent, according to a new report from the Treasury Department.

Georgia would receive an additional $16.9 billion under the Democrats’ plan, according to a report by the independent Tax Foundation.

Advocates of additional federal funding for state and local governments cite two points related to the rate of spending: States have been risk adverse to spend, in part because of vague federal guidance on allowable expenses; states have allocated more money than Treasury reports – the figure is closer to 75 percent of CARES funding, much of it to local governments, according to a July 31 report from the National Association of State Budget Officers.

Marcia Howard said the spending rate is a function of a poor working relation between the federal government and its partners. Howard serves as executive director of the Federal Funds Information for States. She spoke during a virtual meeting sponsored July 29 by the Volcker Institute and Penn Institute for Urban Research:

These CARES Act dollars were provided to pay for public health needs such as the temporary coronavirus treatment facility Kemp ordered to be established in the Georgia World Congress Center. Other allowed uses include efforts to bolster distance learning, and economic support for those suffering from employment or business interruption, according to the report from the Treasury Department.

Georgia and Atlanta are two of the six governments in Georgia that received specific funding from the CARES Act. The five local governments qualified for direct federal funding because their populations met a minimum requirement.

The state is to distribute a portion of its funds to local governments. Those allocations are included in the statewide figure.

Here’s the breakdown of spending by the six governments:

Other states that reported slow rates of spending include Kansas, which has spent 1.5 percent of its total allotment; Michigan has spent 8 percent; Mississippi, 1.9 percent; New Jersey, 4.7 percent; and Washington, 4.3 percent, according to the interim report by the Treasury Department’s Office of Inspector General.

Under the Treasury Department’s June 30 guidelines, recipients were to report all CARES Act funds that had been spent by June 30. The new rule stated the sum was to include all funds that were authorized for a specific purpose, even if the money had not been disbursed by June 30.