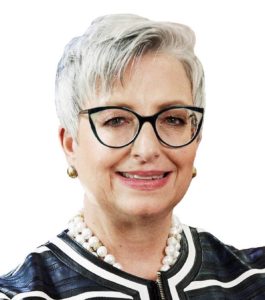 Known by various names, including socially conscious investing, ESG is an effort to align a company’s social values with goals for financial returns. ESG issues can arise in decisions involving firms that make products such as firearms, treat workers improperly, pollute the environment, or don’t have women on the board of directors.

The roadmap is the list of 17 Sustainable Development Goals that have been adopted by the United Nations and supported locally by RCE Greater Atlanta. This list is at the center of forward-looking studies by the World Economic Forum, including its January report on measures by which companies can disclose compliance with the ESG goals.

Although Tomé’s appointment on March 12 comports with one of the UN’s goals, Gender Equality, the business press didn’t make much of a buzz over Tomé’s gender. One exception was a vlog posted by fortune.com.

Instead, chatter has focused on the board’s pick of an outsider – Tomé joined the UPS board in 2003 – to succeed CEO David Abney, who joined UPS in 1974 as a package handler while a college student in Mississippi. The first sentence in a wsj.com story observed Tomé is to be, “the first outsider to run the century-old delivery giant.” Tomé was a longtime executive at Home Depot, retiring in 2019 as CFO.

Tomés’ appointment followed Goldman Sachs’ announcement Feb. 4 that it intends to stop helping start-up companies that don’t have at least one board member who’s not a straight, white male. 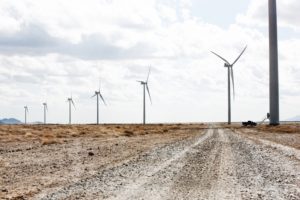 BlackRock has announced intentions to focus its nearly $7 trillion in assets under management on companies that promote sustainability, including Vistas, a sustainable energy company that operates this wind array at Machos Springs Wind Farm, in Deming, NM. Credit: Courtesy of Vestas Wind Systems A/S

Effective July 1, Goldman Sachs no longer will underwrite initial public offerings for companies in the United States and Europe unless the company has at least one diverse board member. The number rises to two such members, as of 2021. Diversity is defined as a diversity of, “experience, gender identity, race, ethnicity, and sexual orientation.” As the company’s CEO, David Soloman, said in the Feb. 4 statement:

BlackRock put sustainability at the center of its ESG strategies for investing nearly $7 trillion of assets under management.

BlackRock’s founding chair and CEO, Larry Fink, wrote in his January letter to CEOs that BlackRock perceives that climate change will soon spur a “significant reallocation of capital.” BlackRock, he wrote, intends to escalate its influence over corporate boards and leaders who put profit ahead of, “embracing purpose and considering the needs of a broad range of stakeholders.” Fink wrote: 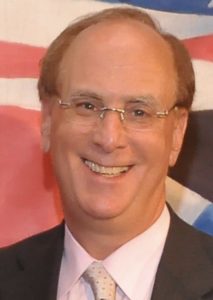 As if on cue, Harvard Law School posted a report Monday that showed the U.S. Securities and Exchange Commission is a long way from requiring that ESG issues – at least when it comes to the environment – be included in mandated disclosures to shareholders:

The European Securities and Markets Authority has embraced ESG and, on Feb. 12, the chair called for specific provisions to regulate green bonds, according to the report. The U.S. established similar instruments in 2016, named environmental impact bond, and Atlanta was to have issued a green bond to fund improvements in the Proctor Creek Watershed. In Europe, the authority’s chair observed: