The week before a federal appellate court in Atlanta is to consider a challenge to the CDC’s moratorium on evictions during the coronavirus epidemic, a federal judge in Washington on Wednesday vacated the moratorium. 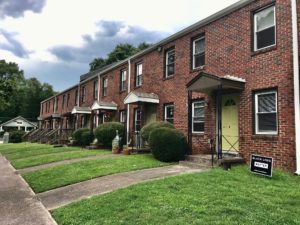 A federal judge on Wednesday vacated the CDC’s ban on coronavirus-related evictions in a case that affects only the Washington, D.C. area. Landlords who typically own smaller, older apartments will argue the same issues May 14 in federal appellate court in Atlanta. Credit: Kelly Jordan

The ruling is a setback for advocates of the eviction moratorium issued Sept. 4, 2020 by the Atlanta-based Centers for Disease Control and Prevention. The moratorium has been extended three times and is due to expire June 30.

The ruling issued Wednesday has force only in the jurisdiction of the U.S. District Court for the District of Columbia. However, it does join a number of rulings in other courts that halted the moratorium in their jurisdictions, including a March 12 ruling that added western Tennessee to portions of Ohio and Texas as areas where judges halted the ban.

Wednesday’s ruling was heralded by the lead attorney for the case pending in Atlanta. Caleb Kruckenberg, litigation counsel for the New Civil Liberties Alliance, issued this statement:

The Justice Department issued a statement saying it “respectfully disagrees” with the ruling and has filed an appeal, according to a statement released Wednesday by Brian M. Boynton, acting assistant attorney general for the department’s Civil Division. Boynton’s full statement observes:

The lawsuits challenging the CDC’s moratorium have been brought by smaller landlords and organizations that contend the CDC does not have the authority to prevent landlords from evicting tenants who cannot pay due to hardships and sickness related to the coronavirus pandemic.

The ruling Wednesday noted that at least six rulings have been issued in similar lawsuits. Four halted the moratorium and two upheld it – including one ruling in U.S. District Court in Atlanta.

The Atlanta case is scheduled for oral arguments on May 14 in the U.S. Court of Appeals.

On Wednesday, the lead lawyer for the plaintiffs in the Atlanta case notified the court clerk of the ruling by the D.C. judge. The letter quoted from the ruling by the D.C. judge and cited the law on which the CDC has been defending the moratorium, the Public Health Service Act, passed by Congress in 1944. The law was intended to halt the spread of communicable diseases.

U.S. District Judge Dabney Friedrich, of the D.C. court, joined other judges in determining that the CDC exceeded its authority in issuing its order, “Temporary Halt in Residential Evictions To Prevent the Further Spread of COVID-19.” The CDC issued the order after then President Trump issued an executive order instructing the CDC to evaluate such a moratorium.

Kruckenberg’s letter to the court clerk in Atlanta cited this language from the ruling:

CDC eviction ban struck down in Tenn. as legal challenge renewed in Atlanta