CDC eviction ban struck down in Tenn. as legal challenge renewed in Atlanta

The CDC’s eviction moratorium was struck down last week by a federal judge in western Tennessee. Added to two prior rulings against it, the ban now is halted in portions of Ohio and Tennessee, and for some tenants in eastern Texas. 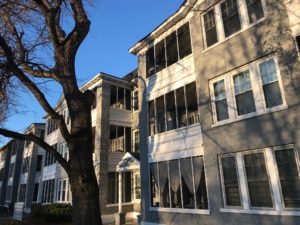 Residential tenants cannot be evicted for lack of payment if they meet certain requirements related to COVID-19, under a ruling by the CDC that is being challenged by landlords. File/Credit: Kelly Jordan

In Atlanta, on March 12 landlords filed in federal appellate court an appeal of a ruling against them issued in October 2020. On March 17, landlords filed a challenge to the CDC ban in a federal court in Iowa.

The CDC moratorium may seem to be moot, given that its latest extension is to expire March 31, according to an order signed Jan. 29 by Dr. Rochelle Walensky, director of the Centers for Disease Control and Prevention.

However, the CDC’s authority to issue such a ban remains relevant because another extension is expected. In addition, concerns continue about “related pandemic-related contractual rights and obligations,” according to an alert posted March 16 by two lawyers with Holland & Knight.

The likelihood of ongoing ligation is noted in a Seyfarth Shaw article posted March 20 by two lawyers who observed: “Having now been struck down by two federal district courts each on different theories, the CDC Moratorium has just gone down to the mat. However, it’s a long 10-count.”

The CDC’s ban is being challenged by various property owners and their supporters.

In general, landlords contend the CDC does not have the authority to prevent landlords from evicting tenants who cannot pay due to hardships and sickness related to the coronavirus pandemic. 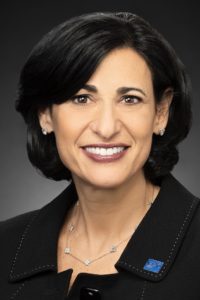 The CDC’s Jan. 29 order of extension contends the agency does have such authority in order to, “prevent the further spread of COVID-19 throughout the United States.”

The Biden administration has followed the lead of the former Trump administration in defending the CDC’s authority to issue an eviction moratorium. As part of its defense, the Justice Department’s appeal of the East Texas ruling stated the judge’s ruling applied only to plaintiffs in the lawsuit, not to all landlords under the court’s jurisdiction, according to a statement.

At this time, eviction bans have been halted only within the jurisdiction of these three courts. If federal appellate courts concur with the rulings, landlords in the appellate jurisdictions would be excluded from the CDC’s eviction ban. A ruling by the Supreme Court would be nationwide.

Here are highlights of the lawsuits: