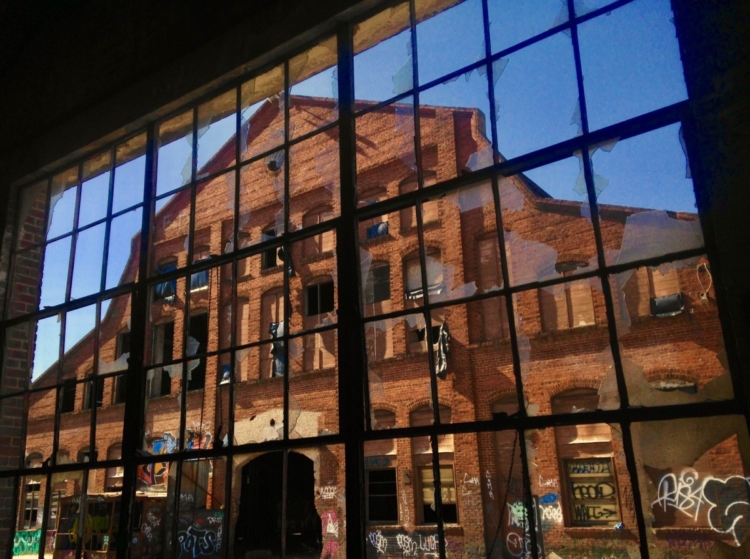 Tempers flared during the discussion at NPU meetings over who the bylaws allowed to vote on the proposed redevelopment of Pratt-Pullman Yard. Credit: Kelly Jordan 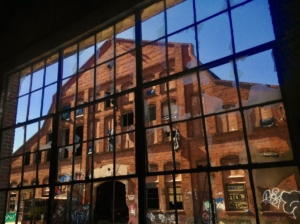 Tempers flared during the discussion at NPU meetings over who the bylaws allowed to vote on the proposed redevelopment of Pratt-Pullman Yard. Credit: Kelly Jordan

“This is long overdue,” Martin said Tuesday. “There are a lot of problems in the NPU system. We need to take a long, hard look and remediate them.”

The long, hard look is underway and partially complete, according to a report presented Tuesday to the Atlanta City Council’s Community Development and Human Services Committee.

The non-profit Center for Civic Innovation is wrapping up the first phase of its comprehensive review of Atlanta’s Neighborhood Planning Unit system. CCI intends to have its final report completed in time for consideration by the current mayor and city council well before the 2021 municipal elections, according to the presentation.

CCI is covering all costs associated with the review and has neither sought, nor received, city funding for the project, Rohit Malhotra, CCI’s executive director, told the committee.

Malhotra and Kyle Kessler, CCI’s policy and research director, outlined the timeframe and status of the project when they provided an update of their study Tuesday to the council committee.

Phase 1 consisted of research the history and implementation of the NPU system. It was established in 1974, during the first administration of Mayor Maynard Jackson.

Jackson remains renowned for creating a network that enables residents to give their non-binding recommendation to City Hall on matters including rezoning requests and alcohol licenses. NPUs also receive formal presentations from city police, fire, public works and so forth in a manner similar to a county grand jury hearing reports about county operations.

Kessler said Phase 2 will begin soon and consist of gathering survey information and analyzing the resulting data. The third and final phase involves crowd-sourcing information from city residents and developing the information into recommendations that can be implemented.

Committee chairperson Natalyn Archibong suggested CCI come up with some short-term upgrades that can be made while taking the long view of needed changes.

“I recommend you do some quick fixes,” Archibong said. “There ought to be some things that are standardized. There are other areas where it can be flexible and unique [to individual NPUs], but the city needs to take the lead in defining the framwork – particularly with the bylaws.”

Evidently, each of the 25 NPUs have adopted their own bylaws, the rules and procedures that govern how each NPU is administered. Kessler said the first requirement that NPUs adopt bylaws was made in 1979. The requirement stated that before bylaws were enacted, they were subject to review by the city’s Planning Department, Atlanta City Council and Mayor. Now, there’s no clear process for amending bylaws, Kessler said.

Bylaws may not seem consequential in the routine affairs handled by NPUs. Bylaws matter greatly when big issues arise, such as a proposed development.

Residents may not be eligible to vote on a proposed development, depending on how long it’s been since they last attended an NPU meeting. The disenfranchised residents complain, and the NPU chair has final say on who can vote, and who can’t. There’s no process to mediate or an appeal such decisions.

This situation unfolded when Pratt-Pullman Yard, in Kirkwood, was up for discussion at NPU-O. Some residents who had a clear preference for the redevelopment of the 27-acre site were unable to cast a vote.

The state of GeorgiA sold the site to Atomic Entertainment, which has plans to develop a sound stage for the film industry, and spaces for homes, shops and offices. 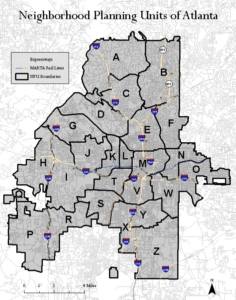 Atlanta’s NPU system was established in 1974 and has been modified only slightly since then, according to a report by the Center for Civic Innovation. Credit: atlantaga.gov

Previous Article
Building Community Through Partnership
Next Article
Gov.-elect Kemp calls for Georgians to “work together”