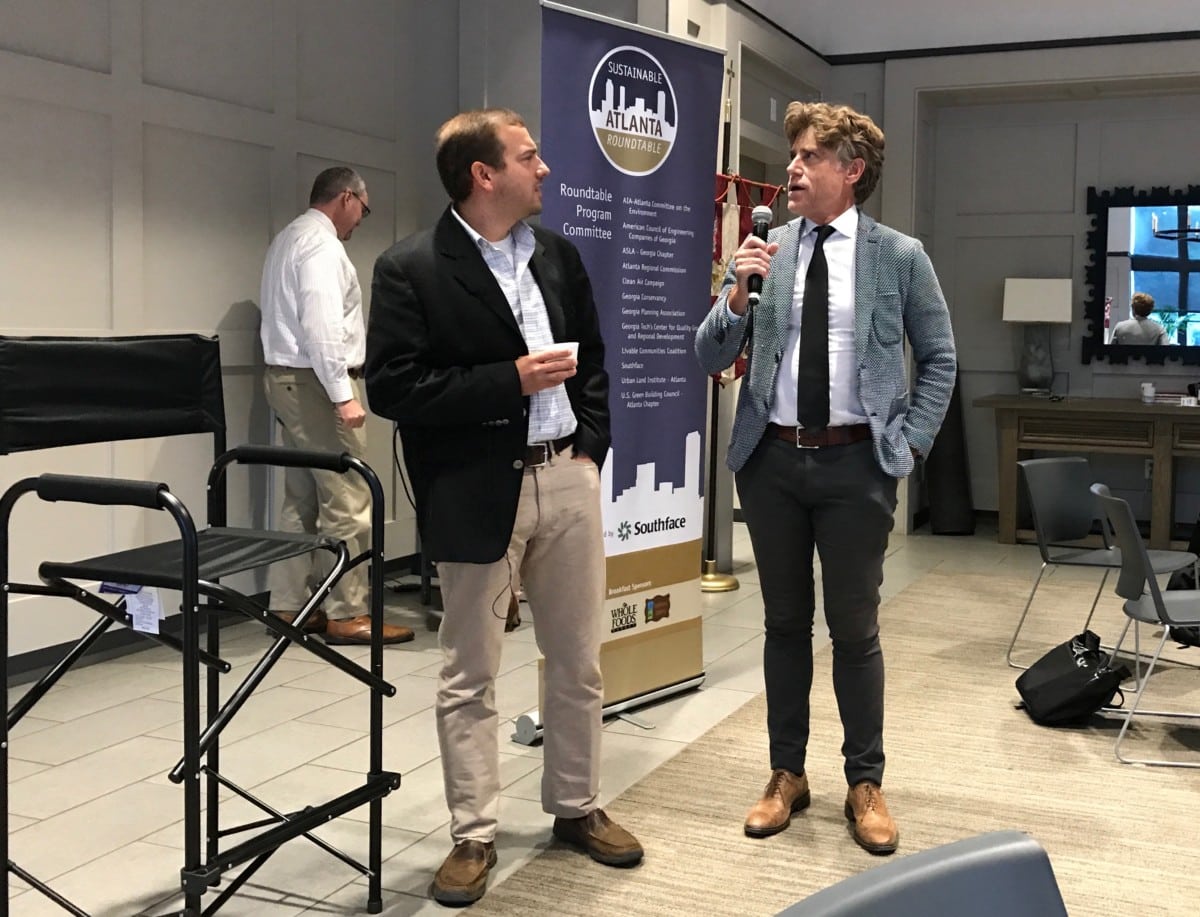 The City of Atlanta has selected Charleston, S.C.-based Biohabitats to develop the Urban Ecology Framework for the city.

Through the city’s framework, Biohabitats will determine what aspects of nature in Atlanta should be preserved, restored and accentuated by the public realm. 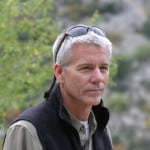 Biohabitats’ founder and president, Keith Bowers, will be leading the work for the firm.

At the Sustainable Atlanta Roundtable Friday morning, Tim Keane, commissioner of the city’s Office of Design, explained how the Urban Ecology Framework is part of the Atlanta City Design process, which has been underway for more than a year.

Given recent development trends of more people opting to live in urban environments, Keane said the population within the city limits is expected to double in the next 25 years.

“We are going to have to be very thoughtful in how the city grows,” Keane said. “Not changing is not an option.”

As currently envisioned, the city is working on a plan that will earmark growth areas and conservation areas. Higher-density growth will be directed towards downtown and along commercial corridors while conservation areas will include neighborhoods, old-growth forests and areas with natural amenities – such as creeks and undeveloped areas.

Biohabitats will be responsible for putting together the “Urban Ecology Framework” that will focus on the conservation areas in the Atlanta Design process.

Firms submitted bids to do the work on July 18, 2016. Since then, the city worked on selecting the best proposal and coming up with a method to pay for the work. The Atlanta City Council approved the Urban Ecology Framework at a recent meeting.

Keane texted SaportaReport later saying Biohabitats has the contract to do the work. 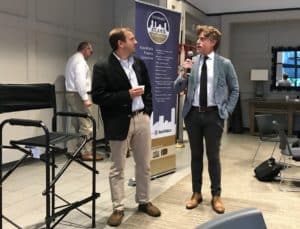 Bowers, who founded Biohabitats in January 1984, has been able to “transcend the boundaries of traditional landscape architecture to include conservation biology, ecological planning, and restoration ecology.”

The firm’s master plans and conservation plans have been applied to wetlands, coastal habitats, prairies, woodlands, parks, campuses, residential and commercial developments, and endangered species habitats, according to a description of the company’s work.

Recently, Biohabitats was tasked with leading the watershed management initiative for Baltimore at the city and county level. This coordinated, 20-year effort will improve water quality and aquatic habitat in Chesapeake Bay to allow for a swimmable, fishable Inner Harbour.

A bio of Bowers describes his passion for repairing damaged ecosystems to better serve natural and human communities and directing healthy and resilient land development.

As a tease of what may be unveiled, Keane talked about using our natural corridors, such as our forgotten streams, and making them accessible and attractive for people to enjoy. And he described Atlanta’s large green clusters outside the city’s core as “the lungs of the city.”

The plan likely will further the idea of a Chattahoochee park and greenway area within the City of Atlanta as well as continuing the efforts to improve other amenities, such as the South River, Proctor Creek

“We are going to connect people with nature,” Keane said. “It’s about

nature and having a quality of life…”

Keane also said the Atlanta Design Project is setting the stage for a major overhaul of the city’s zoning ordinance and possibly other regulations, such as the city’s tree ordinance.

Because developers are aware the city will be demanding higher quality developments with greater attention to preservation and conservation, Keane was asked what the city could do to make sure a host of destructive projects don’t get built during this transitional period.

“We will probably do some things in the next 12 months that are a little whacky,” Keane said. 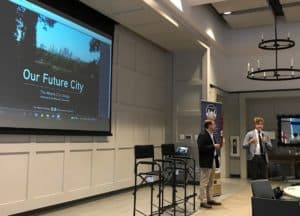 As an example, the Atlanta City Council unanimously approved an ordinance on June 19th that is placing a 180-day moratorium on the acceptance of any application to remove more than 10 trees on residentially-zoned parcels of five acres or larger.

“The problem we have today is that our zoning ordinance is so antiquated and complicated,” Keane said Friday morning. “There will be 20 or so amendments to the current zoning ordinance that will allow us to design a new ordinance. The 20 or so amendments are areas that we know we just can’t wait. We recognize we will need a complete zoning overhaul. (In the meantime), we have to do some things that are defensive.”

Another example is the city’s move to give landmark status to historic buildings that could be demolished without the city’s recent actions to protect them.