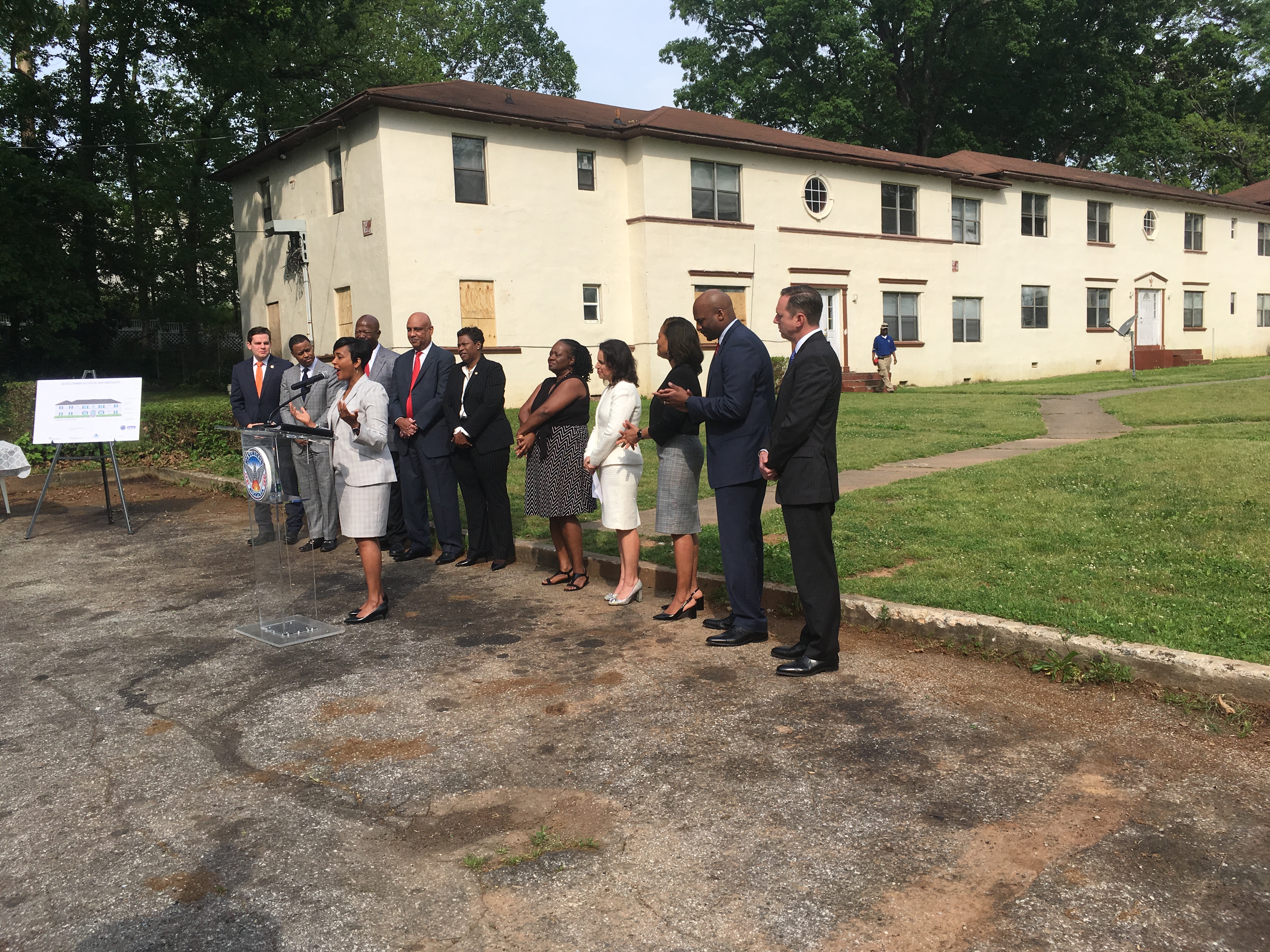 On Thursday morning, city leaders gathered at an apartment complex on Metropolitan Avenue that’s seen better days. But they were there to celebrate $60 million in expected federal spending that will help pay for building and rehabbing places like Capitol View Apartments, to create or protect good, low-cost housing in Atlanta.

“In partnership with Atlanta Housing [the city’s housing authority,] we are one step closer to achieving our goal of $1 billion towards affordable housing in the city,” said Mayor Keisha Lance Bottoms, standing in a courtyard of the complex, which is near the BeltLine.

The rehabilitation of the complex will be one of the projects financed in part by the $60 million, according to Noel Khalil, founder, CEO and chairman of the Columbia group of companies. 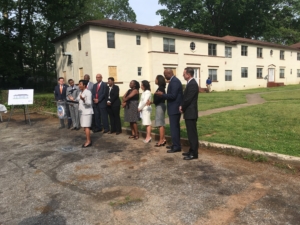 In 2018, Columbia Residential purchased the 120-unit property near the BeltLine in Adair Park. The purchase was done in part with both private and public support. The idea is to preserve homes that are affordable for folks on the lower half of the income ladder, even as the neighborhood gets more expensive.

The average rent for most Capitol View apartments will be low enough that a household of four earning $44,800 can afford to live there without spending more than about one-third of their income on rent, though some rents will be even lower.

That pricing will be in place for 30 years, Khalil said.

Capitol View will also maintain 24 units as permanent supportive housing, through participation in the HomeFirst program, which houses people transitioning out of homelessness, according to Columbia.

One category is owner-occupied rehabs: grants to help some low-income homeowners make health and safety fixes like roof repairs. She said about 300 residents in need will be covered.  The second is “gap financing” (a kind of loan) for building or rehabbing multifamily affordable housing, like the Capitol View deal.  The third is small urban infill financing — funding for small, mixed-income multifamily properties (less than 100 units) or single-family development. City leaders say it will result in about 2,000 new housing units.

Some number of projects have been chosen and were listed by zip code on a slide presented at a board meeting of Atlanta’s housing authority on Wednesday, when that agency’s board ratified its support for spending these federal funds. The funds would come from federal Department of Housing and Urban Development programs.

The deal has been in the works since at least April, 2017 — before Bottoms became mayor. That’s according to documents received under the Georgia Open Records Act.  The documents, presented at an April 24 meeting of the board of Atlanta Housing consist of a formal resolution and slides that include a project list.

According to Invest Atlanta, the projects chosen come from those that have applied for such funding via the agency — projects that are “in the pipeline” so to speak.

Bottoms campaigned for mayor in 2017 on a promise of getting $500 million in private dollars and $500 million in public dollars into affordable housing in Atlanta. In October, Bottoms hired Terri Lee to the newly created post of Chief Housing Officer, with the job of establishing goals for the city’s affordable housing strategy and coordinating policy and funding among the various agencies that already work on housing with the city.  Those agencies include the BeltLine, Atlanta Housing and Invest Atlanta.

Bottoms said $60 million is the single-largest infusion of funds to affordable housing in the city since she took office in January, 2017.

Documents from Atlanta Housing board meeting of April 24, 2019

This story was updated on April 30, with documents received from Atlanta Housing.