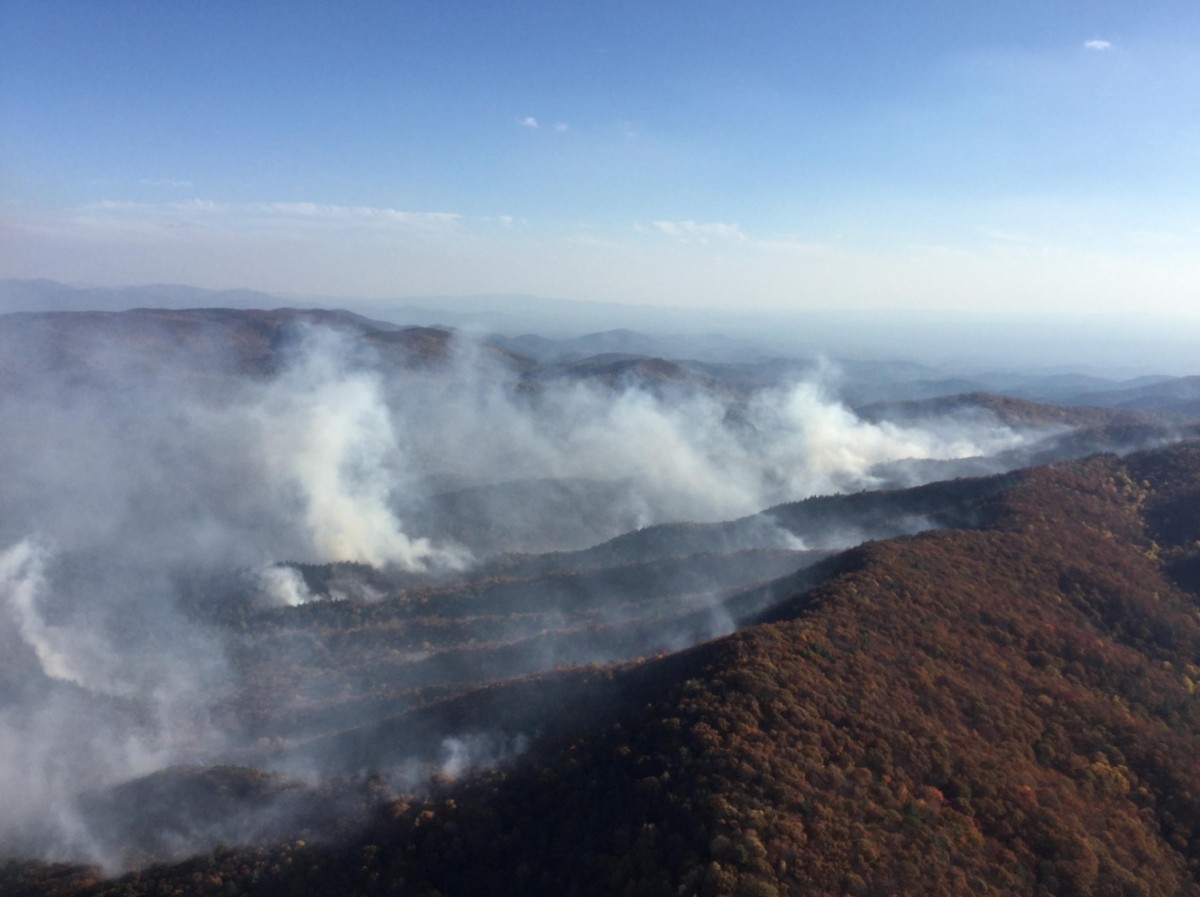 Smoke covered portions of Fannin County in 2016 as the Rough Ridge wildfire burnt the forest. The county's ability to recover from such disasters will factor into its credit rating in the future. Credit: inciWeb via wildfiretoday.com
Share21
Tweet
Share2
Pin
Pocket
WhatsApp
Buffer8
Email
Reddit
31 Shares

Climate change could mark the end of low credit rates for Georgia’s state and local governments if their plans to recover from natural disasters are deemed inadequate by Wall Street analysts, according to a new report by Moody’s Investors Service.

Environmental advocate David Kyler applauded Moody’s report for highlighting the economic implications of climate change. People tend to pay attention to Wall Street types when they talk about economic implications. Kyler serves as director of the Center for a Sustainable Coast, based on St. Simon’s Island.

“I think this is a significant threshold and will undoubtedly raise awareness and credibility for the climate change issue,” Kyler said in an email. “Although adaptation and resilience are needed, it would be a mistake to limit response to only those activities. It is important – indeed, crucial – that we move rapidly to reduce the cause of climate change, emission of greenhouse gases.”

This report by Moody’s is anything but light reading.

The word “Armageddon” doesn’t appear. But the notion of the end of time does seem to appear in portions of the report.

Consider the people who are forecast to struggle to work, or even die, in the rising heat associated with climate change.

Folks who work outdoors, or anyplace without adequate air conditioning, will become less productive because they can’t keep up their pace in higher temperatures. Lower production means less revenue for governments to tax and use the proceeds to pay lenders who purchased bonds issued by a government. 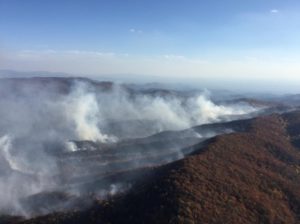 Smoke covered portions of Fannin County in 2016 as the Rough Ridge wildfire burnt the forest. The county’s ability to recover from such disasters will factor into its credit rating in the future. Credit: inciWeb via wildfiretoday.com

Heat-related deaths are forecast to increase over the course of the 21st century in Georgia and 10 surrounding Southeastern states. Then analysts remind of the serious consequences of extremely hot weather. A heat wave in Chicago killed 730 people in July 1995, a figure the report attributes to one issued by the Centers for Disease Control and Prevention.

Storm surges and nuisance flooding will occur more frequently as sea levels rise along the Southeastern coast and, particularly, the Gulf of Mexico. That’s even without a direct hit from a major hurricane. Then analysts bring up Hurricane Sandy.

Sandy’s devastation was enhanced by sea levels that have risen by more than a foot since the mid 1800s, according to a report by the National Oceanic and Atmospheric Association cited in Moody’s report.

In Georgia, a 3-foot rise in sea level is forecast by 2110 near Savannah’s Fort Pulaski, according to a report by the Georgia Conservancy. Moody’s report predicts a sea level rise of up to 3 feet by 2100 along Georgia’s coast, citing a book titled, Economic Risks of Climate Change: An American Prospectus, published in 2015 by Columbia University Press.

The report divided the nation into seven regions and provides a snapshot of each of them. Here’s the forecast for Georgia and 10 surrounding Southeastern states:

Moody’s analysts noted that their rating methodologies don’t explicitly address climate change as a credit risk. Rather, the risks of climate changes are baked into the typical array of credit factors – strength of the economy, fiscal governance, capital asset management, and so forth.

Governments that are at risk for higher risks of climate shock are asked to explain how they are prepared to deal with the weather events associated with climate shocks.

That could include coastal towns that could be inundated, as was Georgia’s coast during Hurricane Irma, and mountain communities, as were those in North Georgia when wildfires in the autumn of 2016 burnt across great swaths of federal land, sending smoke deep into South Georgia.