Credit card theft ring at airport gets at least $1.7 million before feds catch up

Against the backdrop of recently reported cyberattacks involving the National Security Agency, stealing mail may seem passé. But the take was more than $1.7 in a mail theft scheme federal authorities dismantled at Atlanta’s airport.

A gang of five stole credit cards that were in the custody of the U.S. Postal Service, which was delivering the cards to recipients. The thieves took the mail from baggage areas at the airport and an unidentified private mail sorting facility. Thieves used the cards to get cash advances from ATMs or purchase expensive items at electronic stores, prosecutors said.

The last of the defendants entered a guilty plea Wednesday in U.S. District Court in Atlanta.

A top Secret Service officer, Kenneth Cronin, tipped his hat to the thieves in a June 6 statement announcing the indictments of the five admitted crooks. Speaking of apparent ring-leader Quentin Pickett, Cronin said:

According to a statement issued Wednesday by U.S. Attorney John Horn, the scheme lasted from December 2015 until April 2017. The last of the indictments were issued May 23.

Horn said the defendants stole credit cards that was being sent by credit companies to their clients. The mail was taken from baggage loading areas of Hartsfield-Jackson Atlanta International Airport, and from an unidentified private mail sorting facility.

The crew had two ways to extract value from the stolen cards. 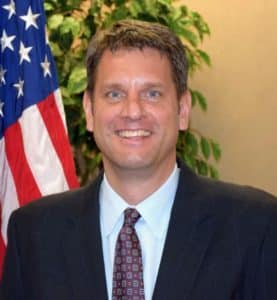 One member got cash advances from ATMs. Another worked as a bank teller and executed fraudulent transactions when his partners presented cards to him at the bank, prosecutors said.

In announcing Herring’s plea, Cronin reprised his statement about Pickett:

The cyberattack involving the NSA resulted from a contractor taking highly classified material and put it on his home computer, according to a report Thursday on wsj.com. Hackers working for the Russian government evidently stole it from the contractor’s computer after identifying the files through the contractor’s use of an antivirus software made by a Russia-based company, according to the report.