Critics rallying to “Redlight the Gulch;” call it a bad deal for Atlanta 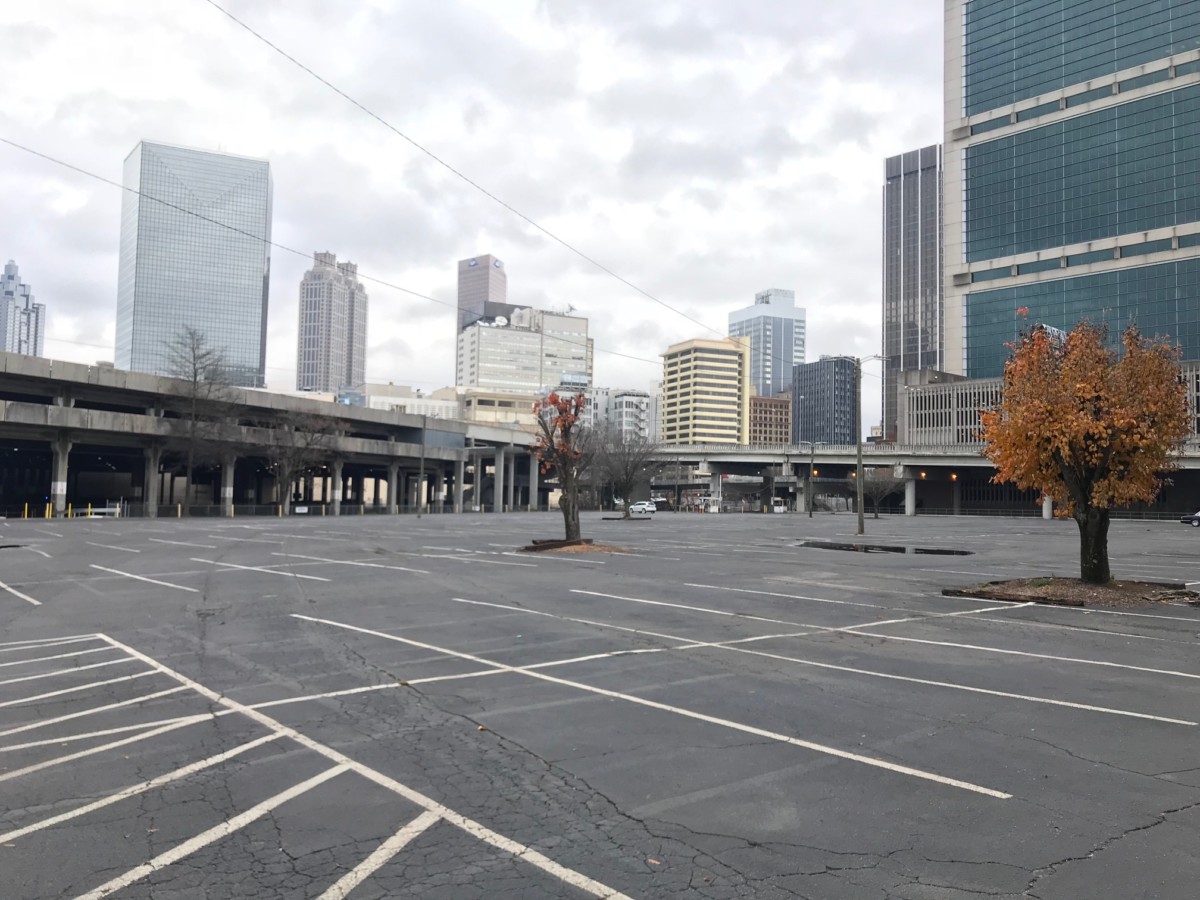 Opponents of a developer’s part-publicly funded plan to build a huge private development Downtown assembled on Thursday night for a public teach-in to “redlight the Gulch.”

“We are becoming a more unequal, unjust city by the day … If this deal is done, it may be too late for working people to say: ‘Atlanta’s a place where I can dream the dream of the beloved community,'” said former state Sen. Vincent Fort, addressing some 100 or so people meeting at First Iconium Baptist Church. He urged them to contact their friends, neighbors and Atlanta City Council members with the same message. 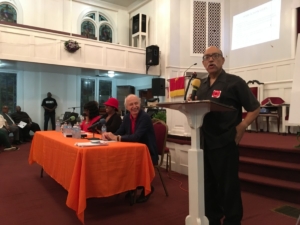 Fort is opposed enough to the deal that besides the organizing, he’s one of several people who verbally disrupted a information session about the Gulch deal last week.

The Gulch — that big hole Downtown underneath the MLK bridge — isn’t worth much to Atlanta or Atlantans right now. It’s worth almost nothing in fees or taxes to the city, schools, the county or the state. There’s no place to work or shop there. It’s a void.

The deal would see the city give its blessing to the California-based CIM Group’s plan to rebuild the Gulch — using in large part tax money that would be raised there.

“This is the best deal that a billionaire has ever struck,” said Julian Bene, a former member of the board of Invest Atlanta, the city’s official development authority. Bene sat at a table with Fort and other opponents, explaining how they see the deal and taking questions from the audience.

The CIM Group, a California-based developer, is assembling land in the Gulch with the idea of building a mixed-use development that would include some 1.8 million to 9.3 million square feet of office space alone, plus roughly 2 to nearly 3 million square feet of retail, residential and hotel space, according to a presentation prepared by Atlanta Mayor Keisha Lance Bottoms’ advisors and staff. It would be arranged in 12 to 15 blocks of mostly private streets.

For context, the 55-story Bank of America Plaza is 1.3 million square feet. 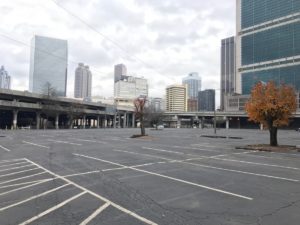 Built to maximum size, the Gulch development would cost $5 billion, according to a campaign funded by CIM under the tagline “greenlight the Gulch.” CIM would not pay for all that. A lot would be paid for by sales taxes and property taxes raised in that footprint that would normally go to the state, or schools or other levels of government.

Basically, taxes would be paid there, but for some number of years, much of that tax would be sent to CIM to reimburse construction costs. CIM needs the city’s agreement to do this.

The city says that the incentives would be capped at no more than $1.75 billion, according to a city FAQ; and that’s a number Bene has long said is wrong. He puts it closer to $2.5 billion over 30 years, based on the property taxes foregone on the value of a putative $5 billion development.

Bottoms has called the deal a once-in-a-lifetime opportunity to get something built in what’s now a hole in the middle of the city. She’s said that not doing the deal jeopardizes the prospect of Norfolk Southern moving here; the railroad wants to sell some of its Gulch land and spend the money on an Atlanta address.

She’s pleaded for Council to pass it and put on a public meeting to discuss it. There are some listed public benefits, like $28 million for affordable housing, a $12 million economic development fund and the developer would price some 200 or more housing units a bit below what the market can bear, in a nod to affordability.

(Another say 100 or more units — depending on the size of the buildout — would be priced much lower, and would be subsidized by the public, not the developer.)

However, nobody who spoke or asked questions on Thursday night had any truck with any of those benefits. Some people have laughed outright at the “affordable housing” units, where rent for a loft, for example, would be about $1,000. More on that here. 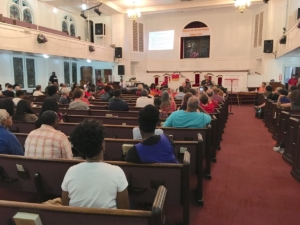 Opponents of a developer’s part-publicly funded plan to build a huge private development Downtown called a teach-in on on Thursday night to “redlight the Gulch.” Credit: Maggie Lee

Bene also objected to the idea that the city needs so much new office space, especially in a tax-break zone. Better, he says, for tenants to inhabit offices already going up in areas where property taxes go into the public purse, like any of several new buildings near Ponce City Market or Georgia Tech.

Big companies come to Atlanta for love of some of the things about it, said Bene, like the universities, the millennial talent and the airport. Not because someone builds a big office building.

But the crux of the anti-Gulch deal argument is that what the people get is nothing compared to what the developer gets.

The venue for Thursday’s meeting, the First Iconium Baptist Church, is just down the road from the East Lake Golf Club, the Villages of East Lake and Drew Charter School, as it happens.

All those things, you’ll recall, bear the stamp of a big developer who wanted to do something unprecedented, Tom Cousins. It’s through work that began with Cousins that the city has the restored golf course, the mixed-income housing development that replaced a troubled housing project, the school, the YMCA and the East Lake Foundation which knits all those things together.

Senior Pastor Timothy McDonald recalled being one of those who raised “holy hell” about Cousins back in the early 1990s, when folks worried that Cousins’ plan was nothing but a ruse to get poor people out of the neighborhood. (And plenty of people are still angry about what happened.)

But McDonald also recalled that Cousins listened to the community on some things on the way to a plan that had some real public benefits.

The deal could come before City Council as early as Oct. 15; but so far, a majority of them have been skeptical. The deal would also need the approval of Fulton County and of Atlanta Public Schools.

Previous Article
MARTA to seek its own lanes for streetcar expansion
Next Article
A slice of Americana, the black powder longrifle, to make annual appearance