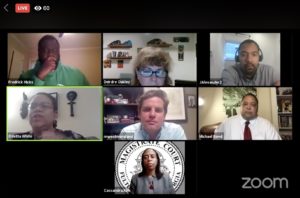 The council’s Finance Committee does not appear to have discussed the size of a bond issue at its meeting earlier in the day. The committee voted to accept the proposal back into its purview after amending it by attaching a document routine in this type of legislation – the city’s affordable housing impact statement.

Westmoreland did not cite an annual debt payment for a $100 million bond. He said it will represent about 1 percent of the city’s general fund. That budget figure is $677.6 million for the fiscal year that ends June 30, according to the current city budget.

The $100 million figure is the sum Atlanta Mayor Keisha Lance Bottoms had proposed in February for a housing opportunity bond. Two council committees advanced the plan at the $200 million level. Bottoms withdrew the $200 million bond proposal from council consideration last week, citing flagging revenues due to the COVID-19 pandemic.

Westmoreland chairs the council committee that voted to double the size of the mayor’s proposed bond issue, from $100 million to $200 million. That was March 24, at the council’s Community Development and Human Services Committee.

As the market for municipal bonds collapsed in late March, and remains uncertain, the city devised a way to finance the debt with what amounts to a balloon mortgage: Pay $5 million a year for the first two years, followed by estimated annual payments of $13.7 million for the life of the loan, according to a report by the city’s chief financial officer, Roosevelt Council, Jr.

Payments could be stretched out over a period of up to 50 years, according to the legislation. 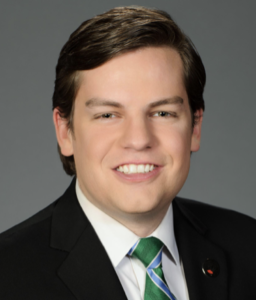 At Wednesday’s meeting of the Finance Committee, of which Westmoreland is a member, Westmoreland strongly endorsed the notion of Atlanta borrowing money to induce and retain housing that’s affordable to folks earning at or below the salary of schoolteachers. He contended that the city’s shortage of affordable housing has worsened and will continue to worsen as a result of the COVID-19 pandemic.

“We need to move urgently on this,” Westmoreland said during the Finance Committee meeting.

Westmoreland elaborated during comments at the CityRootsATL event: 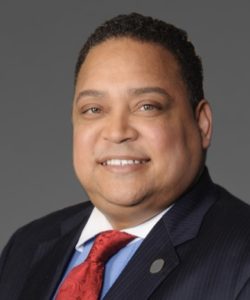 CityRootsATL hosted its Housing Crisis Zoom Town Hall Wednesday. The event attracted nearly 100 viewers on its YouTube channel. The group joined YouTube on Sunday, according to its channel, and describes itself as: “an anti-displacement organization focused on keeping Atlanta’s grassroots in the city proper by advocating for the immediate development and creation of low-income housing solutions.” It is not listed as a corporation by the Georgia secretary of state.