Over the last decade, as millennials entered the workforce and delayed or indefinitely avoided buying a home, apartment complexes sprang up across Atlanta – as they did in many U.S. cities – to meet the growing demand for rental housing. Many of these new developments were built as luxury living experiences in order to command higher rents and meet the expectations of a younger clientele. The result was a robust supply of high-end units that have been absorbed by Atlanta’s strong job market, but a dearth of affordable, workforce housing. 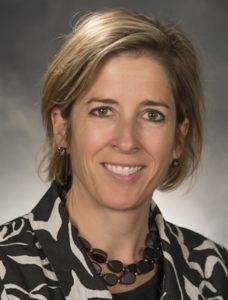 The Urban Land Institute (ULI) defines workforce housing as developments priced to serve households making between 60 and 120 percent of area median income. In Georgia, for example, median household income is $51,037. A household making 90 percent of AMI – the median of 60 and 120 – has income of $46,000.

In Atlanta, average rent for an apartment is $1,597 and consumes 41 percent of gross income for a household making $46,000. Add living expenses including electricity, transportation and child care to the equation, and basic necessities can consume the vast majority of a household’s paycheck.

Atlanta’s business and community leaders have been concerned about housing affordability for some time, but continued upward pressure on rental rates has rightfully brought renewed attention to this issue.

Real obstacles to increasing the supply of workforce housing exist, and they won’t be fixed by solutions that worked in the 1990s. In the past, land in Atlanta was relatively inexpensive, interest rates were low and construction costs were reasonable. Because of this environment, subsidies could be used to encourage developers to set a percentage of their units aside for households within a certain income range. As a result, mixed income properties flourished.

Today, the factors that previously worked in favor of workforce housing are now proving to be headwinds. Land prices across metro Atlanta have increased significantly, interest rates are trending upward and construction costs are higher, too. 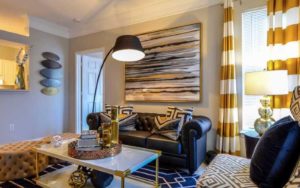 Monthly rental prices start at $1,249 for a one-bedroom apartment with 824 square feet at Ascent at Windward, located at 118000 Masters Way, in Alpharetta. Only the rent, excluding utilities and other fees, would consume 33 percent of a household earning $46,000 a year. Credit: apartmentguide.com

Building farther out in the suburbs used to be a go-to solution, but lengthy commutes are less acceptable to today’s renters. Furthermore, burdening the breadwinners of middle-income households with longer commutes – even as traffic problems worsen in many places – is not a long-term solution. Suburban multifamily developments will continue to be needed, but affordable housing options near job centers – whether Downtown Atlanta, Midtown or Alpharetta – are also needed.

Housing affordability in Atlanta is a multifaceted problem that will require a multi-step solution. There are various tactics that can be effective if they are deployed where they make sense and can have the biggest impact.

SunTrust is supportive of deploying capital toward solving the workforce housing problem, and we will continue to be an active participant in finding solutions that work. We believe that the best chance of real progress will be made when municipalities like Atlanta, developers, financial institutions and even the federal government work together to implement a range of solutions that make new developments more feasible on a broad geographic scale.

Helping those who struggle to find housing that fits their budget is vitally important for the health of our city and is worthy of our attention.

Monthly rental prices start at $1,675 for a studio apartment with 650 square feet at Amli Arts Center, located at 1240 West Peachtree St., in Midtown. Only the rent, excluding utilities and other fees, would consume 44 percent of a household earning $46,000 a year. Credit: amli.com