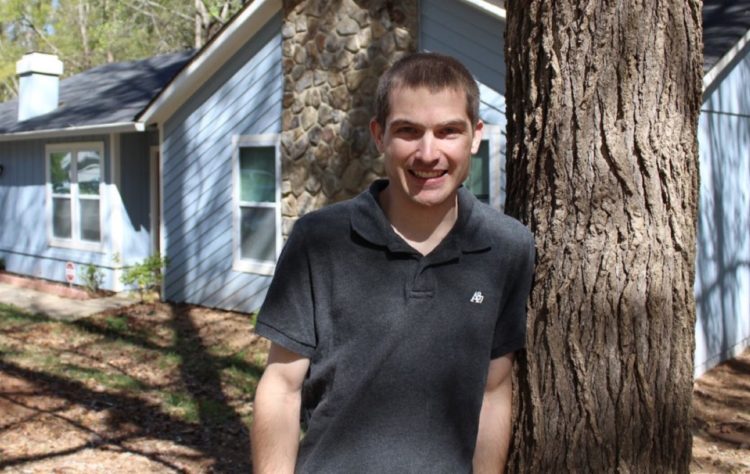 The most eye-popping result of a DeKalb County program to address the devastating number of homes foreclosed amid the Great Recession is how much good can come from a relatively small investment. 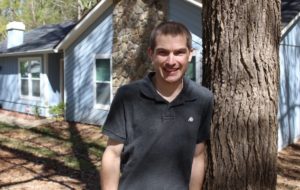 DeKalb County’s foreclosure recovery program enabled a buyer identified only as Greggory to purchase a home with a mortgage lower than his previous rent. Credit: DeKalb County NSP report

The rate of return was nearly 16 to 1 for one part of the program, according to a new report. That is, for the $8.9 million in federal dollars DeKalb invested in rehabilitating homes in blighted neighborhoods, the return was $141 million in increased values for surrounding properties, the report showed.

And this represents just ledger values, not to mention social impacts.

The report is filled with stories about folks whose lives were transformed by a program that enabled them to become homeowners, and to start reaping the the financial benefits that traditionally have accrued to homeowners. Anecdotes about homebuyers identified only by their first names include: 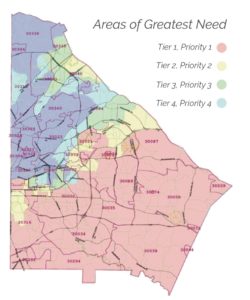 Rising property values and the enhanced financial status of buyers are just two of the benchmarks cited in the report, DeKalb County: Neighborhood Stabilization Program Impact on Family and Communities.

The economic impact of the construction is another dimension cited in the report. This figure represents money that spills from the program and is multiplied as it spreads across the community. It’s somewhat comparable to the $85 million in economic impact that was forecast for the College Football National Championship, as fans rented hotel rooms, ate and imbibed in restaurants, and otherwise spent money before and after the game.

The $8.9 million DeKalb invested in rehabbing homes came from the federal government’s Neighborhood Stabilization Program. Congress created NSP in 2008 for the specific purpose of reducing the number of foreclosed and abandoned properties, and restoring depressed values in local housing markets, according to the report.

DeKalb was a poster child for an NSP recipient and received a total of $23.7 million in NSP funding.

In the ramp up to the Great Recession, nearly half the mortgages issued in the hardest hit areas of DeKalb were high-cost, sub-prime loans. A large proportion of these loans were issued to African American buyers who earned less than half the median income, according to the report, which sourced the figures to the Home Mortgage Disclosure Act of 2006. 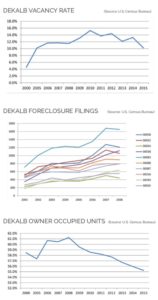 The vacancy rate in DeKalb County dwellings nearly quadrupled from 2000 to 2010 as the Great Recession caused havoc in neighborhoods. Credit: DeKalb, NSP, areas of greatest need

This report was prepared by Atlanta Neighborhood Development Partnership. ANDP is one of DeKalb’s partners in rehabbing foreclosed properties. ANDP is a 26-year non-profit organization focused on helping neighborhoods in metro Atlanta, and their residents, recover from the foreclosure crisis.

Another reason DeKalb officials selected ANDP to provide analysis of the NSP expenditures was because of experience ANDP gained in 2015 as it worked with Georgia Tech and the Douglas County Tax Assessor’s Office to  analyze results of the NSP rehab program in Douglas County. ANDP partnered with Douglas County in the NSP projects there.

Results of the foreclosure program in Douglas County showed results similar to that of DeKalb – albeit to a lesser degree. The return in Douglas was just over 6 to 1. That is, for the $2.3 million invested in rehabbing foreclosed homes, the return was $14.6 million in increased values for nearby homes.

The DeKalb report observes that the universe of foreclosed properties typically bring down the value of nearby homes because the foreclosed dwellings show signs of neglect. Potential homebuyers aren’t interested in investing in a neighborhood with unkempt houses and yards.

The tide turns once the foreclosed homes are rehabbed and occupied. The rehabbed homes add to the neighborhood’s curb appeal, buyers are attracted to purchase nearby homes, and the momentum causes an increase in sales prices, the report showed.

The majority of participants in DeKalb County’s foreclosure recovery program were female heads of households, who lived alone or with one other, and bought price points ranging from $75,000 to $125,000, according to a new report. Credit: DeKalb County NSP report