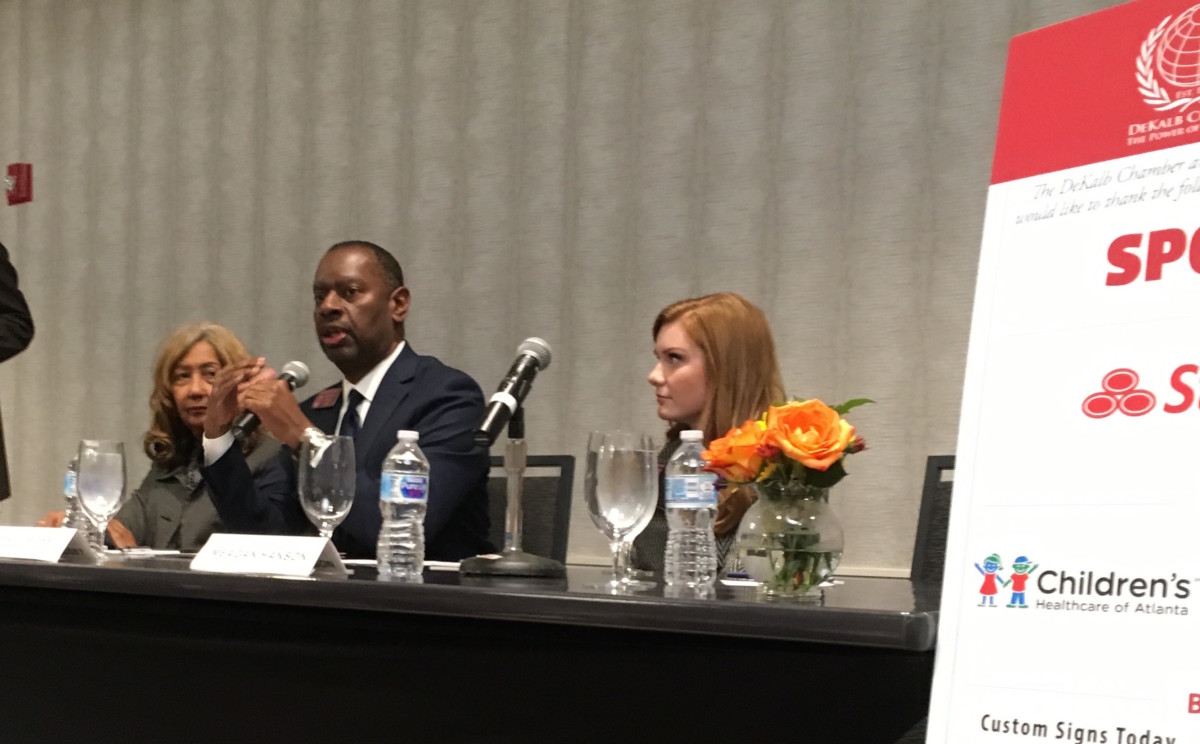 What does the next Legislative session hold? Probably not approval of laws on casinos, religious freedom or an overhaul of DeKalb County’s government, according to a panel of the county’s delegates to the Gold Dome.

That’s not to say such bills won’t appear — indeed, lawmakers can file anything they want, starting Wednesday. 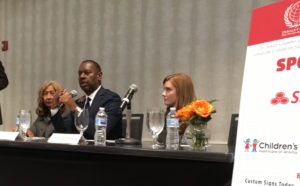 State Rep. Howard Mosby, an Atlanta Democrat, said he thinks DeKalb County’s government needs to be modernized, but he said at a Tuesday forum that he’s not sure that a bill can make it through the state Legislature this year. Credit: Maggie Lee.

But it’s may be a year of hearing controversy, rather than making difficult changes.

By way of background, 2018 won’t just be  an election year, it’s a year of top-level turnover in state government. The governor is term-limited, the lieutenant governor is one of several folks running for the top job, and every other office under the Gold Dome is up for election as well.

So there’s some incentive for lawmakers to pack their 40 days of work close together at the beginning of the year so they can close the session and start campaigning.

But, there’s also an incentive to push for bills that look good on campaign mailers.

That might be a recipe for more talking points than major legislation.

A so-called “religious freedom” bill might be filed, in line with efforts in previous years. Broadly, those controversial bills aim to carve out exceptions to laws for people who object to them on religious grounds. Critics in the business and LGBTQ+ community say such laws amount to licenses for businesses to discriminate. The bills are loosely referred to by the name of a federal law: RFRA or the Religious Freedom Restoration Act.

He said he thinks Gov. Nathan Deal has made his position on RFRA quite clear. Deal vetoed a RFRA in 2016 amid heavy pressure from liberal, business and LGBTQ+ lobbies.

As for casinos, state Rep. Pam Stephenson said she gets calls from the religious community especially telling her “no” to on gaming.

Of the seven lawmakers who appeared at the forum hosted by the DeKalb and Dunwoody Perimeter chambers of commerce, none sounded optimistic about casinos’ chances. Earlier this year, lawmakers did hold hearings on casinos, but there was no broad legislative agreement about how casino revenue would be spent. Plenty of lawmakers’ support for gaming is contingent on the answer to that question.

Nor is the major job of reworking DeKalb County government likely to make it through the Legislature this year. Counties’ rules for governing themselves — like DeKalb’s unusual CEO structure — are a part of state law and can be changed by the state.

“We are in a place were we need to look at what best practice looks like for county government,” said Atlanta Democrat state Rep. Howard Mosby. He said he thinks DeKalb’s organization needs to be modernized.

Other lawmakers agreed a review would be a good idea, but said there’s not been the political will or group of people to do the intricate, comprehensive work of reviewing how the county is set up.

And finally, one more thing that will probably come up: Confederate monuments. Right now, state law says cities and counties can’t remove such monuments. But places like DeKalb County and Atlanta — to say nothing of places in other states — are edging away from public monuments to the losers of the Civil War.

State Reps. Mary Margaret Oliver and Elena Parent, both DeKalb Democrats who were on the panel, have already said they will file bills to give cities and counties power to remove such monuments.

Millar said he would be surprised if a Confederate bill passes next session, except maybe some kind of commission to review the law.

He said he believes Oliver’s bill is sincere, but he expects other Confederate monument-related bills will appear and noise will be made over them — for political purposes.

Indeed, the Georgia Chapter of the Sons of Confederate Veterans have said they’re hiring a lobbyist.

Lawmakers do expect discussion on some complex topics: possible state funding and more cooperative governance of the various transit agencies in metro Atlanta, and maybe changes to help more low-income Georgians get access to health care.