As the dust settles from Georgia’s political explosion, a few quick points. 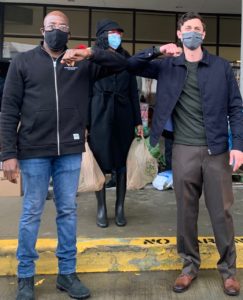 — It was that big surge of votes from DeKalb County which pushed Raphael Warnock into the lead and signaled how big a night this would be for Democrats. But some of the most impressive evidence of the change wrought by Stacey Abrams and other black Democratic organizers came in rural counties like Baldwin and Washington, which flipped from Nov. 3, when the Republican Senate candidates were in the majority. This wasn’t just a metro Atlanta thing.

— Let it be written in the Politician’s Manual that “cleared” and “exonerated” are not the words you want in your ads coming down the stretch in a big campaign. Republican senators David Perdue and Kelly Loeffler never effectively answered Democratic attacks challenging their stock trades during the pandemic. Aside from scary evocations of what the Democrats would do if they lost and repeated assurances of their loyalty to Donald Trump, they never offered their voters much reason to give them another term.

— “Some of the people who ate my barbecue didn’t vote for me,” Georgia’s late Gov. Marvin Griffin once opined after a loss. Donald Trump held two big, raucous rallies during this historic runoff campaign. But turnout lagged in the Republican counties the president was supposed to get fired up.

— The Atwater adage: The winning candidates are those who are the quickest to understand and employ emerging forms of media. In that Atlatna Press Club debate which Jon Ossoff conducted with an empty podium, he gave a shoutout to TikTok Nation. His attention paid off. Ossoff collected 170,000 followers within weeks of setting up his TikTok account, and that helped drive young voters to Ossoff, the youngest Democrat election to the Senate since Joe Biden in 1973.

— The calendar now diverges sharply for Georgia’s two presumptive senators-elect. Warnock has to shape his political schedule as if he were a member of the U.S. House. He is filling out the last portion of the term Johnny Isakson was elected to in 2016, and so will be up for re-election in 2022. That means he will have to start raising money and campaigning back home, like a House member with a two-year term but with a much costlier race ahead.

Ossoff, on the other hand, has won a full six-year term, by a narrower margin than his running mate. He’ll be 39 when he runs again. When and if, of course. Ossoff’s political ambitions now have a lot of time to play themselves out, and who knows where that goes.

— Tyler Perry isn’t the only Atlantan who didn’t receive a requested absentee ballot by election day. I don’t know how many didn’t, but if Tuesday’s outcome had been closer than it was, this might have been more than a celebrity story.

— The last bit of suspense left in this holiday season political drama is whether Ossoff can push his margin over 0.5% and avoid a mandatory recount. His margin was about 0.4% Wednesday afternoon.