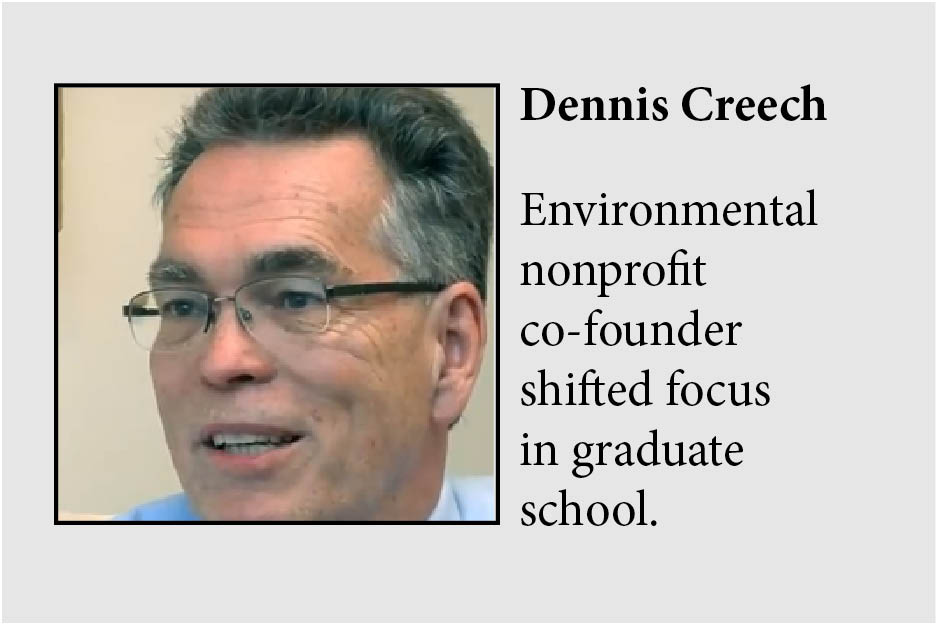 Dennis Creech, who today is the executive director and co-founder of Southface Energy Institute, was in graduate school training to be a systems ecologist when he had his Moment. Throughout his education in the 1970s, his focus had been aimed at improving environmental conditions, but it wasn’t until that day at Emory University that a, well, light bulb went off that pointed him in a unexpected direction.

As he was studying smog, acid rain, and even the water crisis of Atlanta, it dawned on Dennis that there was a common denominator to many of the threats to the environment’s health and sustainability – the consumption of energy.

“If I wanted to be a systems ecologist – especially one bringing about change, I had to learn about energy,” Dennis said.

“We are not going to be able to maintain the health of this planet and all of the species on it if we don’t get on top of energy.”

Dennis continued his research at a nuclear power plant, hoping to learn more about environmental challenges caused by energy consumption. Ultimately, he realized to effect the change he envisioned, he needed to change his focus from the production of energy to its efficient consumption.

He took a sabbatical from his graduate studies and in 1978, he and a group of others organized a nonprofit: Southface Energy Institute. He’s still there 35 years later, but with a more practical outlook on how to impact the industry.

“We were the typical environmental group trying to stop the bad guys,” he said. “My second light bulb that went off for my Moment was when I was working at Southface.

“It occurred to us that really the greatest change is the marketplace,” he said. “If we can look for those types of connections that are market driven, people will do it.”

To do this, Southface partnered with other organizations that would provide a voluntary market approach to clean energy. One of those partnerships was with the Greater Atlanta Home Builders Association on the EarthCraft program.

Created by Southface in 1999, the EarthCraft program recognizes homes that use less energy, less water, and protect the environment every day through their socially responsible construction. Each home built through the program is certified with an extensive checklist that includes the use of energy efficient techniques and equipment, indoor air quality and waste management. 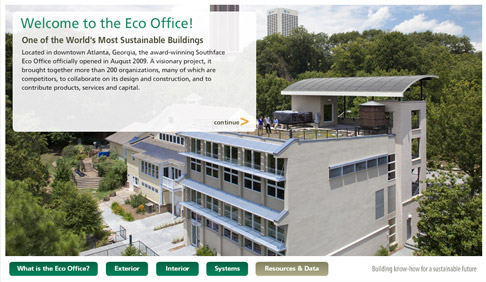 You can a virtual online tour of Southface’s Eco Office on Pine Street in downtown Atlanta at this link: http://goo.gl/iely8. The award-winning LEED Platinum building burns less than $25 a day in energy.

Today, the EarthCraft brand spans across six states and its energy-efficient certification is a top selling point for high-end custom homes as well as affordable housing.

“A decade ago, green building was not in the average homebuilders vocabulary,” Dennis said. “I’m very proud that we created a program that was practical and profitable for builders but also a good deal for homebuyers.”

Southface has also found successful partnerships in corporate marketplaces. Better Buildings Challenge is a partnership Southface manages with the City of Atlanta, Central Atlanta Progress and a dozen of other organizations. It targets downtown Atlanta commercial real estate properties, inspiring them to take a pledge to save 20 percent on their energy and water bills. The program is impacting more than 55 million square feet of space in downtown Atlanta.

“That is going to make the quality of Atlanta much better,” Dennis said.

In a country where buildings produce almost half of all greenhouse gases emitted, Southface maintains one of the most sustainable office facilities in the world, using 84% less water and 53.3% less energy than a comparable, code-built facility, according to its website. Its 10,000-square-foot Eco Office averages less than $25 a day in energy use. Southface’s staff of 55 employees and its $5 million budget are devoted to reducing those emissions in order to sustain a healthier planet – something Dennis aimed to do from the culmination of his two “light bulb Moments.”

As evidenced by Dennis’ extensive awards recognition – including being named of one of the “100 Most Influential Georgians,” Greenlaws’s Lifetime Achievement Award, and two nominations for the Hanley Award – he has shown the city of Atlanta how to be energy efficient without unnecessary obstacles.

“Few people want to be polluters, most people want to protect the environment,” he said. “We just have to show them a way that is going to be profitable for them and not add a lot of hardship.” 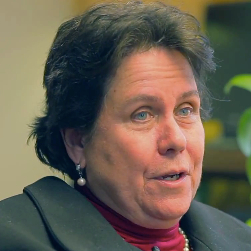 Next week in Moments: Alicia Philipp

Next week in Moments: Alicia Philipp, president of the Community Foundation, who was stunned by the response to a question she asked an Atlanta audience one morning.