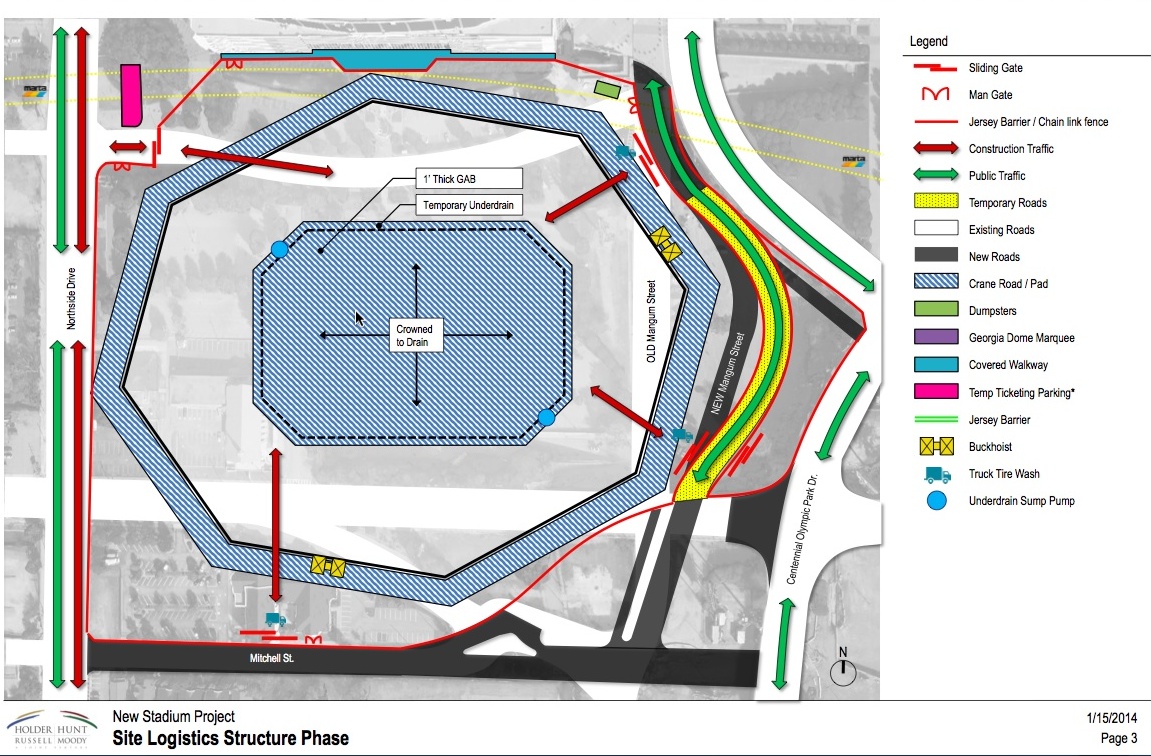 Reducing the bonding capacity on the proposed $1 billion Atlanta Falcons stadium from $300 million to $200 million will not impact the amount of taxes that will be invested in the project.

The amount of hotel-motel taxes that would be invested in the project was determined nearly three years ago when the General Assembly agreed to extend the hotel-motel tax collected in the City of Atlanta and in unincorporated Fulton County.

That bill also extended the same percentage that currently is going to paying off the bonds for the Georgia Dome (39.3 percent of 7 cents collected in hotel-motel taxes) for the purposes of renovating the Georgia Dome or building a new home the Atlanta Falcons as long as it was built on land owned by the Georgia World Congress Center Authority (GWCCA).

It is that 39.3 percent that is estimated to conservatively bring in $300 million over the life of the project. That is why GWCCA stipulated that the public exposure in the project would be no more than the estimated $300 million that the hotel-motel taxes would bring in.

Under the initial GWCCA-Falcons agreement announced in December, the state would provide bonding capacity for $300 million that would be repaid by the tax, and the Falcons would be responsible for paying for all the other costs of building and operating the facility.

Once the bonds were paid off, the state would own the stadium free and clear.

Now here is where it gets interesting. Under the GWCCA-Falcons agreement, if the hotel-motel tax generated more than the estimated $300 million, the excess taxes would go into a “waterfall” fund that would go to pay for other debt on the project, or go into a refurbishment and maintenance reserve account, or go into a fund for capital improvements.

Because Gov. Nathan Deal is trying to avoid the General Assembly having to vote on approving a $300 million (or $200 million) bonding capacity, the focus has turned to the City of Atlanta.

After the Buckhead Coalition annual meeting Jan. 30, Atlanta Mayor Kasim Reed said he does not yet know how the city would be involved.

“We are in the early briefing stage,” Reed said. “We haven’t even engaged the team of experts or counsel. The bottom line is the stream of revenue that was going to support the state debt had a high coverage ration and was extremely conservative. This is a question about the city’s credit facilities that would be used.”

Interestingly enough, because these would be revenue bonds, it is possible that either governmental entity could issue those bonds through their boards without having to go through the Atlanta City Council.

Either way, the irony here is that the City of Atlanta, a city of about 500,000 people, might end up financing a stadium that would be owned by a state with a population of nearly 10 million people.

“This is going to be a partnership,” Reed said, dismissing any such thought of inequity. “This is not going to be an ego-driven transaction. I’m committed to making sure that we keep our team in Atlanta for another 30 years.”

Whether it’s the city or the state providing the bonding capacity, Reed said that “when it is done, it will be the best new stadium deal that’s been in the last decade.”

But here is another concern. The GWCCA and the Atlanta Falcons spent 18 months negotiating a meticulous deal that explored almost all the possible outcomes and pitfalls.

In the past couple of weeks, Gov. Nathan Deal’s office has stepped in and thrown together a tentative new deal that has not been as carefully thought through as the GWCCA-Falcons deal.

If any legislative action would be needed, the clock is ticking on this year’s General Assembly.

And by changing the complexion of the deal and shifting the financing responsibility from the state to the city, reworking a new stadium could take several months to figure out.

Ideally the City of Atlanta and the governor’s office would work closely with GWCCA to take full advantage of all the hard negotiations that took place over the past two years so we can get the best possible deal.