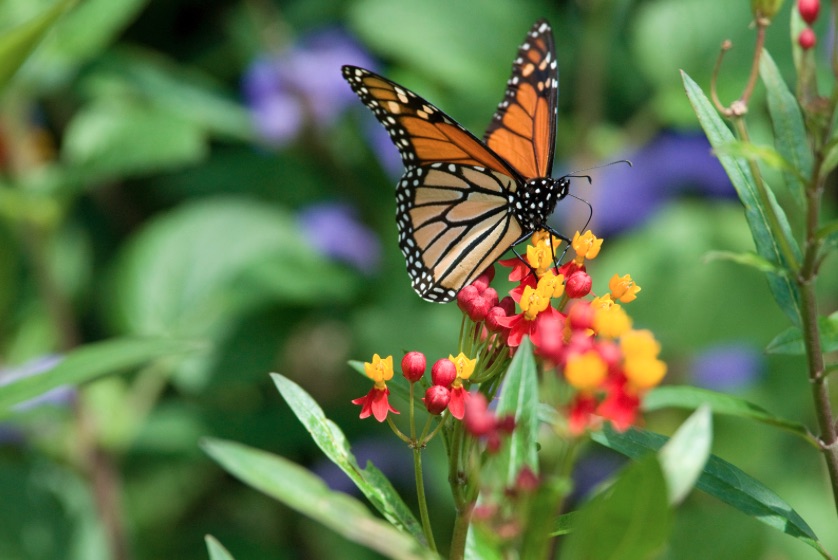 The Georgia Department of Natural Resources is predicting in a draft report that climate change will eliminate habitat in Georgia for some species by 2050, even as man-made “sprawl zones” create tremendous challenges for other critters and plants.

The DNR can hardly be described as reactionary or left-leaning. The department has a history of granting considerable leeway to property owners. That’s one reason the predictions contained in the draft report can be viewed as alarming.

The report DNR is completing is an update of the state’s 2005 Comprehensive Wildlife Conservation Strategy. Now its called Georgia’s “State Wildlife Action Plan.” The section on climate change that’s included in the draft report begins with a definition of the term, and goes on to observe:

The report is the result of a two-year effort to update the 2005 “Comprehensive Wildlife Conservation Strategy.” DRN’s Wildlife Resource Division obtained federal funding to conduct the update.

The purpose of the report is to comply with federal requirements to provide the information necessary to create and promote programs over the next five to 10 years. These programs are intended to, “conserve Georgia’s animals, plants, and natural habitats through proactive measures emphasizing voluntary and incentive-based programs….” 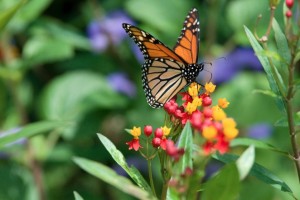 DNR has three meetings scheduled to provide for public comment. Written comments will be accepted. The deadline to respond is July 15. Meetings are scheduled from 6 p.m. to 8 p.m. at the following locations:

Climate change is addressed in a 10-page section of the 248-page report. Climate change is given the same weight as wildlife diseases and energy development. The three issues represent, “emerging issues that impact the status and distribution of species and habitats.”

In addition to global warming the report notes that development is a major factor in the loss of wildlife habitat.

The report’s “Executive Summary” observes that: 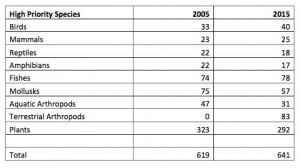 Georgia DNR has added 22 species to the list of “high priority species” in the 10 years since the state’s previous update of its comprehensive wildlife management plan. Credit: 2015 Draft SWAP

A section of the report titled, “Land Cover/Land Use Trends,” states:

Though the predictions are dire, the report isn’t all doom and gloom. Its very purpose is to establish a benchmark that can be used to create reasonable and responsible policies in light of challenges that can be global in nature.

For example, the report notes that the success of the plan depends on the existence of healthy, well-managed forests. Of the state’s nearly 24 million acres of forest, 75 percent is owned by non-industrial private landowners. These land owners are influenced by a host of factors, including tax laws that value forested land on its “highest and best use,” rather than as a forest.

The report stops short of urging that state property tax laws be changed to reduce the tax burden on owners who may not want to sell forested land, or use another program to reduce tax liability, but struggles to pay the tax bill. However, by including the tax issue, the report puts the matter on the table for discussion.