Don’t Tap the Breaks: A Call to Increase the Parks Budget 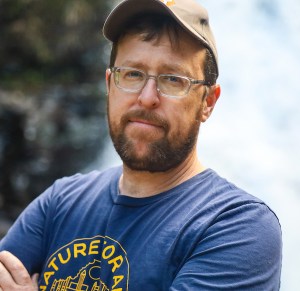 It should be no surprise that I love parks. Parks are good for people and the communities of which they’re a part. They’re foundational for the health of local wildlife and habitats, and function as critical urban infrastructure by absorbing stormwater runoff, cooling ambient temperatures, providing the open space necessary for public health, and so on. Park Pride believes that parks have the potential to make cities great—but only if they receive the investment required to activate their multitude of benefits.

Which is why Park Pride and our greenspace partners don green shirts and show up in Atlanta Council Chambers during “budget season.” We’re there—year after year—to show our support for the Department of Parks & Recreation (DPR) and advocate for an increase in the annual budget for park maintenance and operations. Earlier this month, we did just that as DPR presented the proposed FY 2023 budget to Council (you can view the hearing its entirety here).

No Time to Tap the Breaks on Progress

That increase is simply not enough to sustain the advancements we’ve seen in the park system in the last year alone. Consider the following:

These recent and back-to-back wins for Atlanta’s parks system has built a forward momentum for progress that we’ve never seen before, and now is not the time to tap the breaks.

To catalyze the visionary transformation of Atlanta’s park system as outlined in Activate ATL, to continue the upward climb in the ParkScore Index, to maintain the amazing new parks that are opening and improve those currently existing, requires a meaningful and impactful increase in the budget for the Department of Parks & Recreation.

A Call to Increase the Parks Budget

I firmly agree with Mayor Dickens that there is “room at the top” for Atlanta’s park system. But to get there, we must be realistic, honest, and transparent about the budgetary needs for existing park maintenance and implementing Activate ATL. It’s Park Pride’s vision that every neighborhood in Atlanta has access to a great park.

As such, we encourage the City of Atlanta to adopt a meaningful increase in this year’s budget for parks and to chart a course for annual growth in DPR’s budget through the General Fund as we implement Activate ATL over the next 10 years.