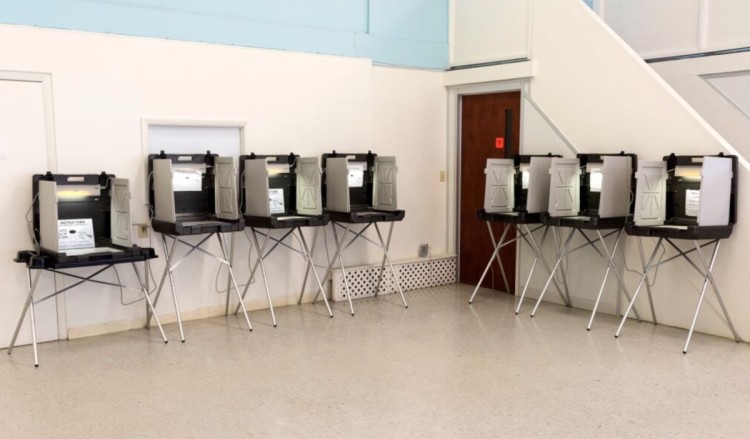 A special election in DeKalb County attracted the same low voter turnout that's been reported across the country, including these machines in Worchester. Credit: worcestermag.com

A favorite event of voters is to ignore a special election. So it’s no surprise the recent election for state House District 58 barely registered in the hearts and minds of the electorate.

A January three-way race generated a measly 2.78 percent turnout. In a district of 30,162 voters, only 838 took a few minutes out of their day to cast a ballot, excluding provisional ballots – if any. 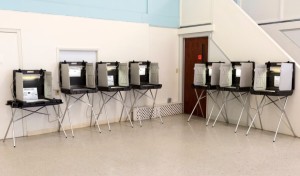 A special election in metro Atlanta attracted the same low voter turnout that’s been reported across the country, including these machines in Worchester. Credit: worcestermag.com

But this isn’t about who will win. Rather, it’s about voter apathy in this state and in the country.

In the land of the free and the home of the brave, we have a voter participation rate that trails Australia, Belgium, Germany, Mexico and the United Kingdom, to name a few developed countries. The 2014 general election received the lowest participation since 1942, according to the United States Elections Project.

In metro Atlanta, home of the Civil Rights icon Martin Luther King, Jr., it is reprehensible to not exercise the right to vote. Yet, our state along with many of the Southern states vote at a rate lower than the national average. Perhaps an increase in voter participation would mark the turn of a new South where incarceration rates aren’t predicated on the failure of the school systems, where crimes committed by African-American men don’t dominate the evening news or where lawmakers aren’t afraid to put a Freedom Bell atop a Confederate relic.

How can our society celebrate – or fight for – civil rights for all without turning up at the polls?

February is Black History Month. Every person who has been discriminated against due to their race, gender or sexuality and is eligible to vote should do whatever it takes to get to their polling location and cast a ballot for the individual who best represents their values. That’s how you honor Dr. King. That’s how you honor the deaths, the beatings and the bombings of those who fought for justice for all.

I can’t vote as I am not yet a citizen of the United States. So, I participate in the political process to the extent that I am able by encouraging citizens to realize the power of the ballot.

The legislative actions taken under the Gold Dome will impact voters and non-voters alike.

The Fulton County delegation has much on its plate this legislative session. Our state representatives and senators are debating teacher pay and education reform, casinos and gambling, road building and transit and the list goes on and on.

Georgia’s last seven governors, including Gov. Nathan Deal, all served in the state Legislature. Will the victor in this race go on to run for governor? Could the victor cast the deciding vote to expand MARTA in Fulton County? Or, one of the two candidates could introduce legislation that promotes inclusivity and equity. Or, push for Medicaid expansion.

Early voting for the House District 58 runoff begins Feb. 8 from 8:30 a.m. to 6:30 p.m. for the duration of the work week at the Fulton County Government Center and the Georgia Hill Neighborhood Facility. Election day is Feb. 16.