Christian Olvera offered a few words of resolve to Dreamers who, like him, suffered another setback when a federal judge in Texas ruled the Obama-era DACA program unlawful. 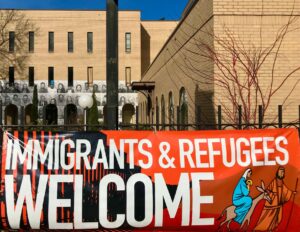 “Remain focused, and patient, and diligent in progress,” Olvera said Saturday evening after he got off work from a retail job in Dalton. “If we lose our patience, if we lose our hope, it’s all over.”

The buzz over the July 16 DACA ruling has been that current recipients, including Olvera, will not be deported. This affects a significant number of recipients in metro Atlanta: About 16,000 individuals in metro Atlanta, and 24,000 in Georgia, were enrolled in DACA in 2020.

However, the injunction contains two poison pills that could eliminate temporary reprieves in the Deferred Action for Childhood Arrivals program :

In addition, the ruling bars the federal government from granting any DACA applications submitted after July 19. 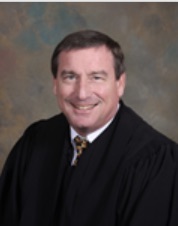 In vacating the DACA rule, Hanen sought to help the current recipients while giving the Biden administration and Congress a window of unspecified duration to enact a permanent solution. Hanen wrote:

DACA was established in 2012 after “multiple failed attempts by Congress to pass an act granting lawful status to aliens who were illegally brought to this country as children…,” Hanen wrote. 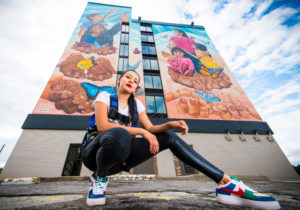 Atlanta muralist Yehimi Cambrón is a DACA recipient who kept her business open during the cornavirus pandemic with projects including this one in Hapeville: ‘We Give Each Other the World.’ File/Credit: Yehimi Cambrón

Olvera said the level of uncertainty over legal status reaches beyond how long the recipients can stay in the country. It affects the types of jobs they can take. Out-of-country travel is severely restricted, Olvera said:

A bargain-priced vacation to the Bahamas or Caribbean, Cancun or Canada is out of the question:

DACA was enacted during the Obama administration. The purpose was to allow certain minors brought into the country illegally to remain here, while Congress establishes an immigration program. Such a program has not been enacted.

President Joe Biden called for congressional action in a July 17 statement, in which he announced the Justice Department intends to appeal the ruling in the Texas case.

After stating the Department of Homeland Security will issue a proposed DACA rule “in the near future,” a review that was ordered in a Supreme Court ruling last summer, Biden observed:

Olvera said he knows folks who live every day in uncertainty over their legal status.

“There are parents, and a DACA recipient with an eight-year career who can’t go through this limbo anymore,” Olvera said. “There needs to be a permanent solution.”

The ruling comes as another blow to the effort of creating a life, a career and family in the United States, Olvera said:

DACA began granting two-year grants of deferred action to DACA recipients on Dec . 7, 2020, in response to a federal court order, according to a report by the U.S. Citizenship and Immigration Services. The page provides a snapshot of DACA regulations.

Note to readers: The Supreme Court ruling on a major DACA case in 2020 ensured immigration will be a major issue for President Biden and Congress. Click here to read excerpts of comments by notable participants in the case decided 5-4, in a ruling in which Chief Justice John Roberts sided with four liberal justices and wrote for the majority.