ExxonMobile’s board toppled by two funds that went after Southern Co. in 2020

Two pension funds that helped topple ExxonMobile’s management team Wednesday were part of an unsuccessful effort that last year sought a new leadership structure at Southern Co. in an attempt to bring about more dramatic action on climate change. 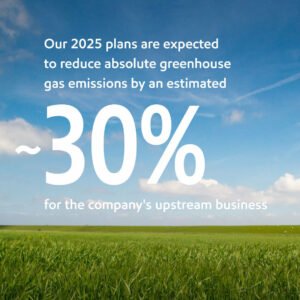 A majority of ExxonMobile shareholders decided the company’s board could not lead the company into a low carbon economy and voted to replace two board members with successors with more experience in the field. Credit: facebook.com.exxonmobile

Exxon shareholders elected two new members to the board who have more experience than incumbents in navigating the green economy and transitioning to a low carbon economy.

Analysts were quick to portray the vote as “a warning for boards everywhere,” as did barrons.com, and question whether the vote “provides boost for ESG advocates [referring to socially conscious investing],” as did bloomberg.com.

The two pension funds have been working for several years to encourage companies in which they invest to behave in ways that are more sustainable and socially conscious – comporting with goals related to environment, sustainability and governance. The firms have a total of $740 billion under management: California Public Employees Retirement Program, $440 billion; New York State Common Retirement Fund, $300 billion.

Last May, the two funds joined other investors, and the Sierra Club, in backing a proposal at Southern’s stakeholder meeting. The proposal was to sever the positions of CEO and board chairman, which are now consolidated and include the position of president.

The move would have enabled the board to improve the company’s environmental policies, as well as its potential earning from the emerging low carbon economy, New York’s comptroller wrote in a 2020 motion.

Southern’s board opposed the measure and led a shareholder stampede against it, with 80% of the ballots in opposition. The company had contended the division was “unnecessary, rigid and prescriptive.”

The result was different at Exxon’s stakeholder meeting.

Exxon CEO and Chairman Darren Woods lost his bid for shareholders to stay the course with the existing board. 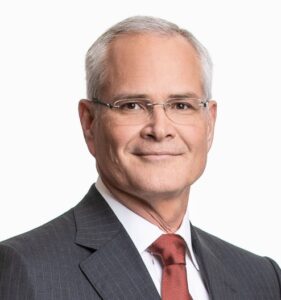 Instead, a relatively tiny fund – with just $250 million in assets – prevailed in its six-month extensive campaign to turn over Exxon’s board. The investment fund named Engine No. 1 convinced a majority of Exxon shareholders to elect two Engine No. 1 nominees to Exxon’s 12-member board, and gained enough votes for a third candidate to remain in contention as the vote remained under review Thursday afternoon. A fourth candidate backed by Engine No. 1 was not elected, according to a report Exxon issued Wednesday and had not updated as of Thursday evening.

CalPERS statement on Exxon went far beyond the one it issued last year on Southern. In the case of Southern, CalPERS said it supported a severing of the CEO and chairman’s role to better balance the power between Southern’s board and its CEO. Of Exxon, CalPERS issued a statement of “no confidence” in the capacity of the current board to meet the challenge of transitioning to a low carbon economy:

CalPERS announced on April 26 its intent to support Engine No. 1’s candidates.

Another fund that’s been promoting sustainable management practice for several years waited until after the vote. BlackRock’s statement on Exxon was as biting as CalPERS’ statement, and reminded investors to look back to Blackrock’s disclosure in 2020:

May 27, 2020: “[W]e continue to see a gap in the company’s [Exxon] disclosure and action with regard to several components of its climate risk management,” and, “When effective corporate governance is lacking, we believe that voting against the re-election of the responsible directors is often the most impactful action a shareholder can take.”

On Wednesday: “We continue to be concerned about Exxon’s strategic direction and the anticipated impact on its long-term financial performance and competitiveness. In our view, the Board would benefit from the addition of diverse energy experience to augment existing skillsets.”