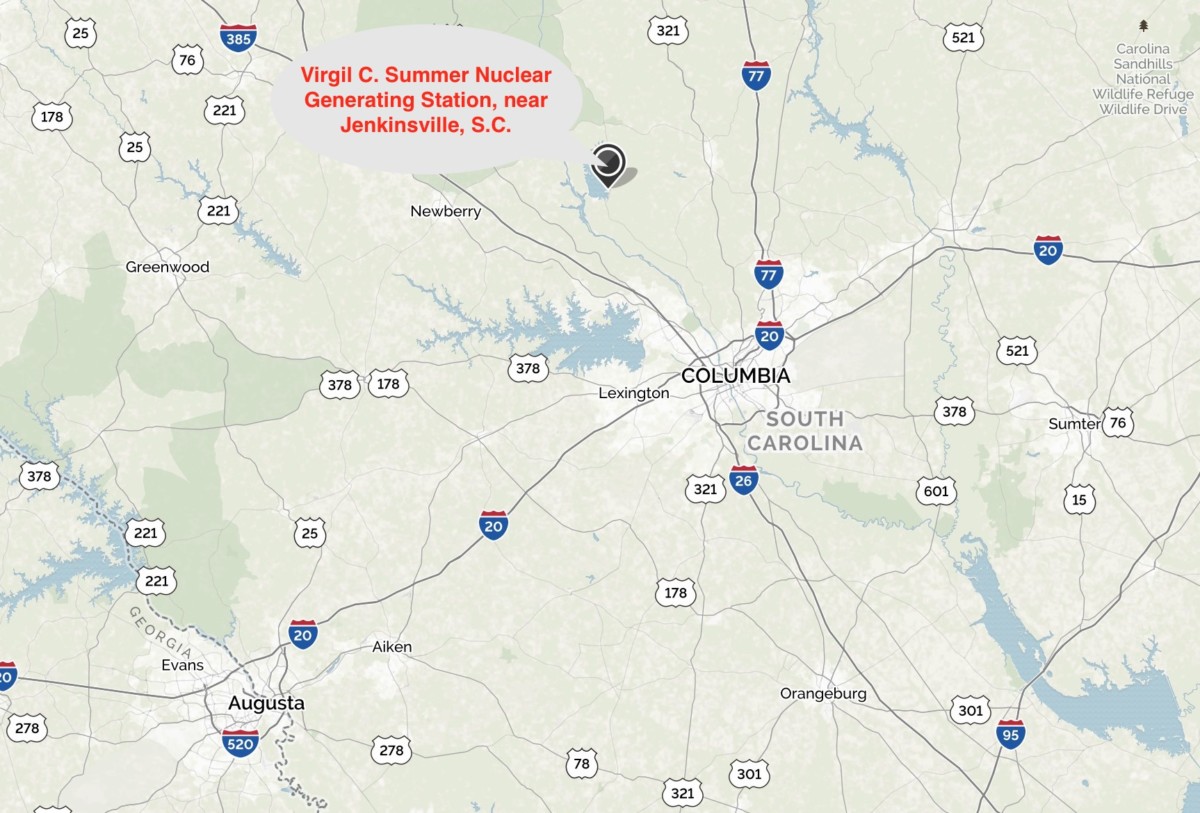 Just as Georgia Power’s credit was downgraded this month for financial losses related to Plant Vogtle, Moody’s Investors Service has downgraded the rating of bonds issued by the South Carolina Public Service Authority for an aborted nuclear plant in the Palmetto State. But that’s just part of the story.

Meanwhile, published reports portray a maelstrom that involves billions of dollars in debt and no clear path forward: 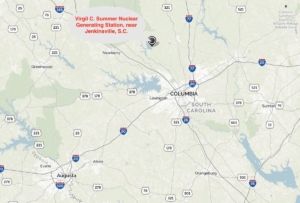 The Virgil C. Summer Nuclear Generating Station was under construction north of Columbia, S.C. when work was halted for reasons including cost overruns and delays. Credit: mapquest.com, David Pendered

Billions of dollars are at issue and the timeline on the debt service extends to 2056.

As of 2016, the state authority had borrowed $3.7 billion to pay for its share of the construction costs at the nuclear plant.

That figure appears in terms of a bond package valued at $831.4 million. The state authority intended to use nearly $98 million to refinance in 2020 previous debt at a rate lower than the 5 percent now being charged. The remainder is to pay for construction and related costs, according the document provided by emma.msrb.org.

Of note, the source of money to repay the debt is the revenue from electricity to be created by a planned nuclear plant that now won’t be built. State taxpayers are not on the hook for any of the debt. Ratepayers could be on the hook, and that was the motive behind the lawsuit filed by the wholesale distributor.

Nikki Haley, now the U.S. ambassador to the United Nations, served as governor and thus served on the authority’s advisory board when the bond sale was approved, according to the bond documents.

Moody’s analysts reviewed this scenario and saw a glass half full.

The authority’s credit rating was dropped by one notch, from A2 to A1, for the revenue bonds. This rating is viewed as upper medium grade, and subject to low credit risk.

Analysts contend the state authority is in a fairly strong financial position. Uncertainty created by the pending lawsuit filed by the distributor, and “governance challenges” at the state authority, prompted the future outlook to be notched as negative. 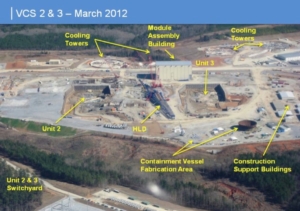 A site plan of the Virgil Summer nuclear plant depicts a project that would provide compact factory for generating electricity. Credit: nuclearstreet.com

One key factor in the fairly favorable overview was the state Legislature’s decision not to challenge the authority’s sole capacity to set rates to meet debt payments in a timely fashion, analysts observed:

Finally, analysts comments on the role the authority, Santee Cooper, fulfills in the state: