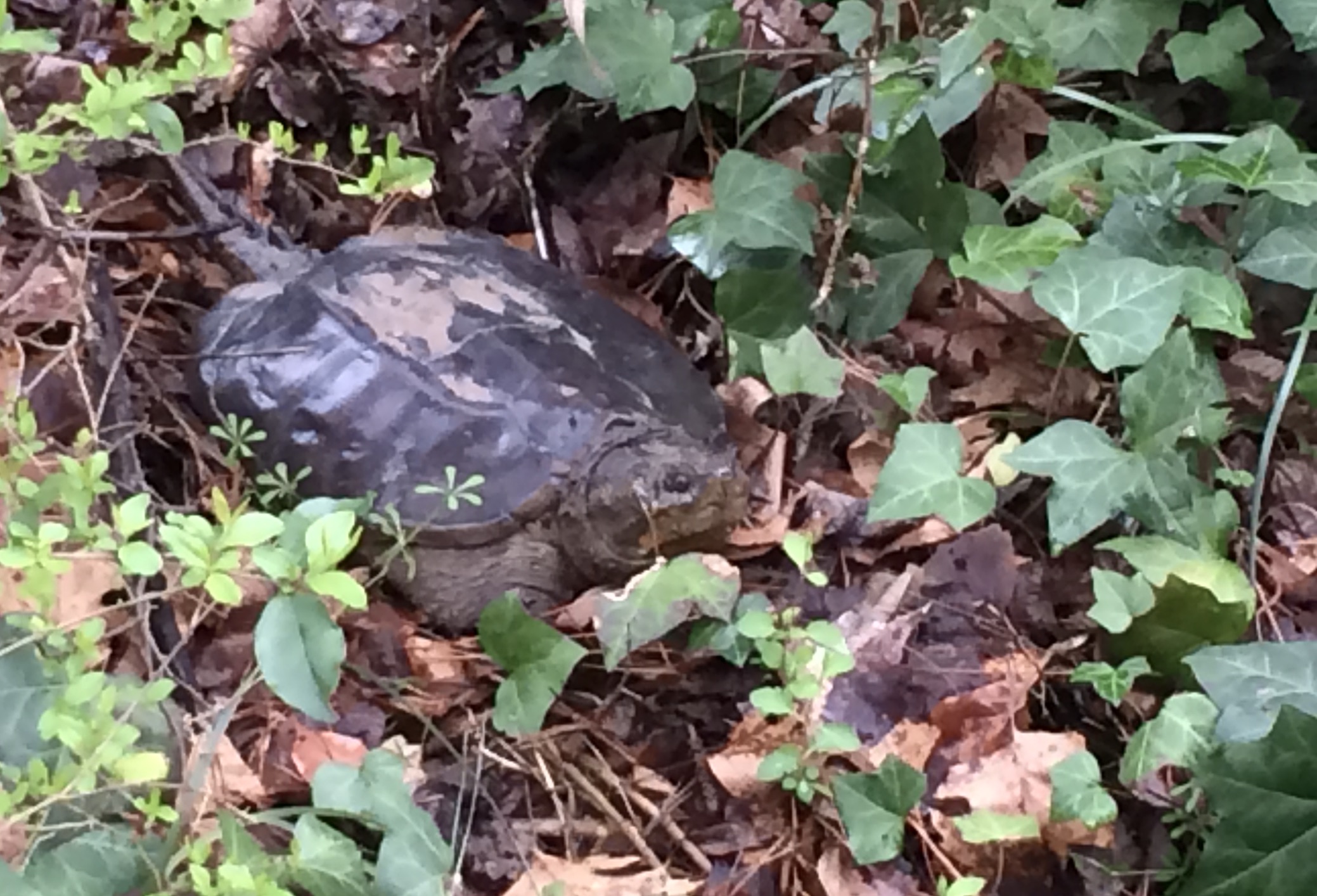 A turtle rests in shade along a tributary to Soap Creek in Cobb County. The Trump administration plans to remove an Obama-era rule that could have protected the tributary under the federal Clean Water Act. Credit: David Pendered
Share17
Tweet
Share
Pin
Pocket
WhatsApp
Buffer6
Email
Reddit
23 Shares

The federal judge in Brunswick who ruled in favor of Georgia’s lawsuit seeking to overturn an Obama-era water rule has thrown it to the Trump administration to decide which waterways in 11 states are overseen by the federal government and which are controlled by the states. 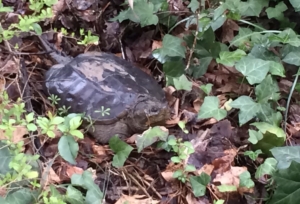 A turtle rests in shade along a tributary to Soap Creek in Cobb County. The Trump administration plans to remove an Obama-era rule that could have protected the tributary under the federal Clean Water Act. Credit: David Pendered

The immediate prospects of the Trump administration’s proposal are unclear.

The administration has been working on a replacement rule regarding the Clean Water Act since Feb. 28, 2017. That’s the date President Trump signed the executive order to replace Obama’s Waters of the United States rule. Trump issued his executive order within the politically significant first 100 days of his term in office.

Following a flurry of activity that led to proposed rule making, no public action on a successor to the WOTUS rule seems to have occurred since a public comment period closed April 15. The proposed rule would erase the Obama-era rule and revert to the previous regulation – which Obama’s administration had sought to tighten.

More than 11,409 responses to the proposals from the Trump administrations have been received. Each response can have multiple signers. Examples include a response supporting the Trump administration from the Van Buren County [Tenn.] Farm Bureau, with seven signatures; and a response opposing the proposed changes sent by the New Mexico Acquia Assoc., which says it represents hundreds of entities that get water from irrigation ditches, or acquias. 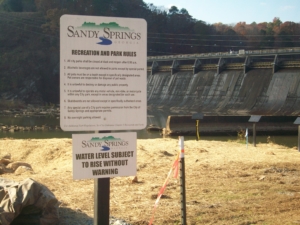 An Obama-era rule regarding the Clean Water Act gave the federal government greater control over runoff into bodies of water, including tributaries that contribute to the Chattachoochee River in Sandy Springs. Credit: David Pendered

Turmoil at the top of the Environmental Protection Agency may have affected the progress of the rule-making project. The EPA is co-leading the effort and it was without a confirmed administrator for almost eight months.

Scott Pruitt, EPA’s former chief, stepped down July 6, 2018 following a number of ethics controversies outlined in a report by thehill.com. The Senate confirmed Andrew Wheeler as EPA administrator Feb. 28. Wheeler often is portrayed as a former lobbyist for coal and uranium. His profile, according to a report by propublica.com, also includes work as a ranking Senate staffer who had a hand in devising, “every major piece of environmental and energy-related legislation before Congress for over a decade….” 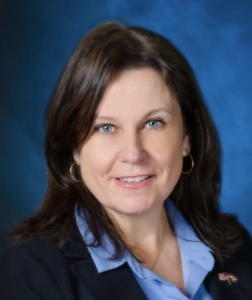 Until the Trump administration creates a replacement for the Waters of the United States rule, Wood ordered a continuance of the temporary ban of the ordinance she ordered in June 2018. The preliminary injunction prevents the enforcement of the Obama-era rule in the 11 states.

Wood ruled that any replacement measures she could impose would not beneficial. Wood’s final ruling observes: