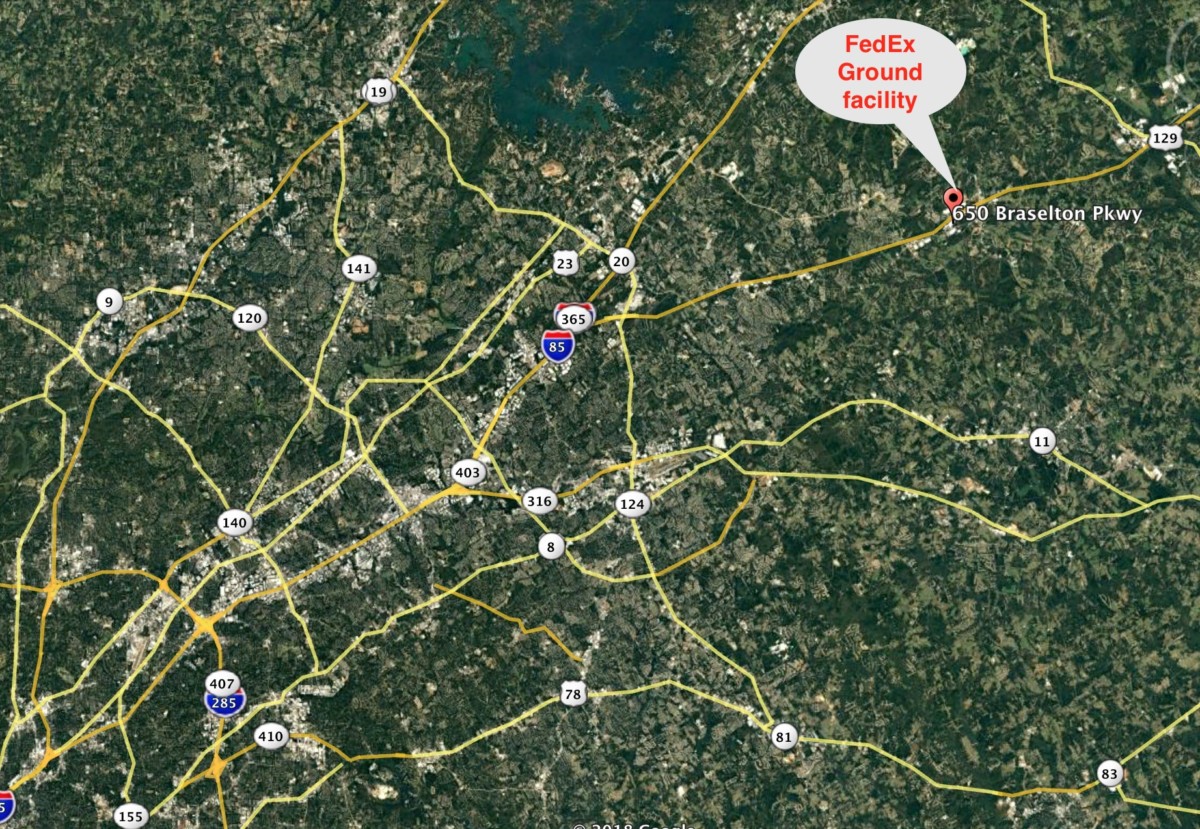 FedEx is to cut the ribbon today on a distribution center in Jackson County that is large even by the latest standards of super-sized warehouses. Its location underscores Jackson’s emerging role as a major transit hub in metro Atlanta and its current effort to update its long-range transit and transportation plan.

The FedEx announcement is just the latest in what has become a steady mantra of warehouse and light manufacturing centers opening in county that not long ago was an agrarian outpost. Its past claims to fame include actress Kim Basinger buying Braselton in a fruitless bid to make it a Georgia counterpart to Dollywood; the discovery of ether by physician Crawford Long; and tax digests that date to 1797.

Now Jackson is noted for new industrial developments, including ones by Amazon, Toyota Industries and, in July, GE Appliance.

The FedEx facility in Braselton measures 500,000 square feet. That’s enormous in the world of distribution centers, according to market watcher CBRE – even in the context of metro Atlanta.

Metro Atlanta led the nation in the increased size of distribution centers from the most recent development peak, of 2002 to 2007, to the current cycle, from 2012 to 2017, according to a CBRE report. The Inland Empire, in southern California, came in second, followed by Cincinnati.

In metro Atlanta, the average warehouse that opened in the current cycle came in at 362,938 square feet, according to a report by CBRE. That compared to an average size 94,154 square feet during the previous building cycle, according to the report.

FedEx officials expect the size of the facility to allow the company to service a distribution area that reaches from the Tennessee state line in the north; south to Lawrenceville; west to Dawsonville/Dahlonega; and east to the South Carolina state line.

“This new station in Braselton will enable us to provide faster and more reliable ground service in the area and beyond,” Bob Holcombe, FedEx Ground’s southern regional vice president, said in a statement. “At more than 500,000 square feet, this facility can sort up to 15,000 packages per hour and we made sure to have it come on board in time for the busy holiday shipping season.”

The facility is fully automated and employees a staff of about 350, according to a FedEx statement. More workers are to be hired as demand grows at the facility located at 650 Braselton Parkway.

The ribbon cutting occurs by chance the same day Jackson County officials will be taking public comments on the pending transportation plan during a health fair at the Jefferson Civic Center.

The comments to be taken at the health fair are to join public comments taken Oct. 20 at two county events – the Bands Brews and BBQ, in Commerce, and the Fretting in the Foothills Festival, in Braselton. The county also is taking public comments through Dec. 21 via an online survey.

The transportation plan is to be complete in July 2019, a year after work started. The program aims to address three objectives: 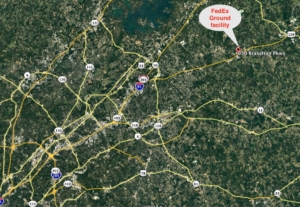